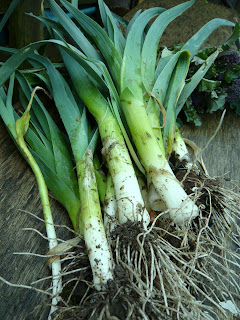 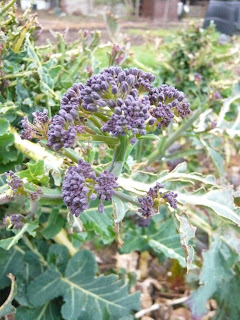 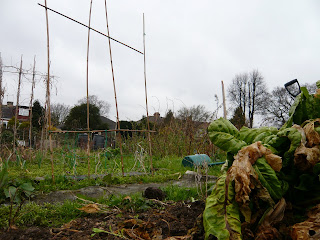 I have stated in the strap line of my blog that I am an allotmenteer which to some may conjure up the image that I belong to a strike force of volunteer horticulturalists not too dissimilar to the boy scouts. Need to know when your earlies will be ready, how to stop cabbage white fly or cotton root rot, whether you can throw citrus waste in your compost or how to stop badgers from nibbling your corn crop? Have no fear the Allotmenteers are here, we are here to help!

Actually all it means is that I have an allotment and have rudimentary knowledge of how to grow vegetables and a little bit of fruit, if you ever are looking for proper advice or expertise then ask this man. I was lucky enough to get our one 3 years ago, having made a phone-call and a visit to the site, which is five minutes away from our house, to have a quick chat with a man named Bert. Clever man was Bert, who I found out later was the allotment warden, as he spent some time showing me around the place, explaining the rules and regulations, how much the fees would be and where you could get manure from before stopping off at his prize plot. He stooped down by his strawberry plants, plucked off a couple of big red juicy ones and rinsed them under a nearby tap. "Try one of these, much better than the rubber ones you get at the supermarket" he said and he wasn't wrong, it was amazingly juicy and tasted beautiful. Bert then showed me the plot that was available which was huge and resembled a jungle with a monstrous bramble bush at it's centre."That's the last one left" he said. "Ah that looks like a lot of work" I replied but of course I was already hooked, thinking of it's potential with all the lovely things I could grow, like potatoes and stuff. So I signed up there and then, and then called my Dad (who exclaimed "f**ing hell" when he saw it) and so it began, a summer of profuse sweating, swearing and sore backs.

We are two and a half years down the line now and the principles of that first summertime effort still applies, keeping an allotment is bloody hard work and it is very time consuming. As such the plot hasn't quite come up to it's full potential but I can happily state that the vegetables that we have cultivated have always tasted ten times better than what you could get at the supermarket. I do sometimes wonder if this is psychosomatic but still the aforementioned potatoes dug straight from the ground and plainly boiled are just so much more creamier than their plastic wrapped counterparts which is why we will gladly slog our guts out with a fork and spade. From this season on though we are going to try and do things a bit differently ie. keep on top of things and not break our backs every four weeks. The whole patch has been rotavated, the spuds are in the ground and we have varieties of cabbage, beans, courgettes, tomatoes, sweetcorn, spinach, peas, onions ready to go in. The fruit patch is fairly well established with bushes containing raspberries, gooseberries, redcurrant, white currant, figs and rhubarb (except that's a vegetable isn't it?), plus we're putting in some strawberries. Good times lie ahead on the cooking front and I'll be writing more in this blog about the allotment and the produce we get so ideas and suggestions will be appreciated.

Alas Bert isn't with us anymore but with this new found enthusiasm, I reckon the old boys he left in his place as wardens aren't going to know what's hit them this summer. Or will they? Recent events suggest that they are far more on top of the game than I give them credit for for and probably far more than Bert had ever intended. Perhaps before I go any further that I should explain that as with any well run gardening society, our allotment has a committee to regulate the rules and regulations that are needed to run the running of an allotment. The most recent motion passed by the committee was to change the lock on the front gate and install a sign that the gate needed to be LOCKED AND SHUT AT ALL TIMES. "Oh no, so what we've been getting our veg pinched then?" I thought. But on investigation, it seems that the main reason had been "to prevent terrorists from stealing fertiliser from the main shed, we'd read reports in the paper that Al-Qaeda are raiding allotments to create bombs".

May I just say I think this is fantastic, Captain Mainwaring and his gang are alive and well.
Labels: Allotment

Food Urchin said…
Will keep you posted MsMarmitelover, lots of stuff going in the ground, however I can't actually sell the produce that comes off the allotment. I can sell you a cardboard box though *wink*
21 April 2009 at 17:14