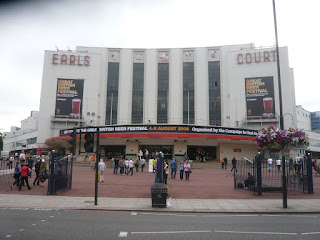 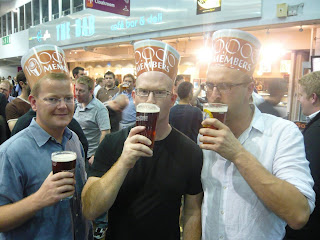 Jerry (who is not German), Food Urchin and Big Al, resplendent with stupid hats 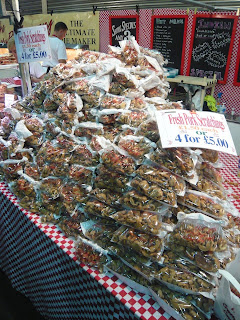 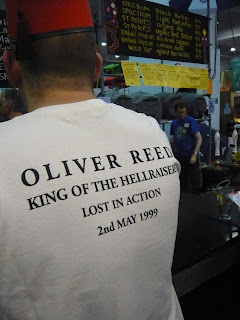 I want this t-shirt! 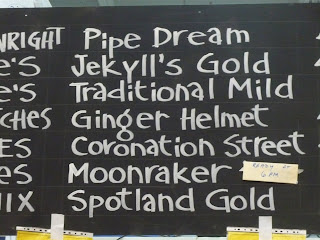 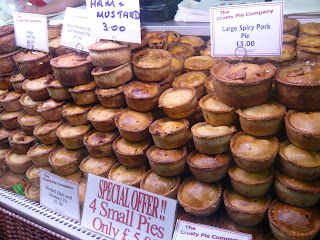 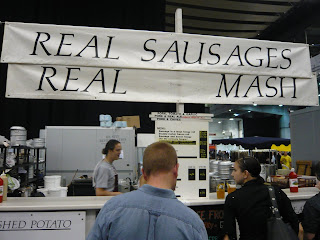 Pork Sausages! (can you see a theme emerging here?) 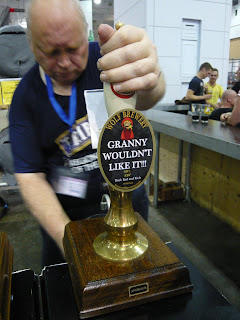 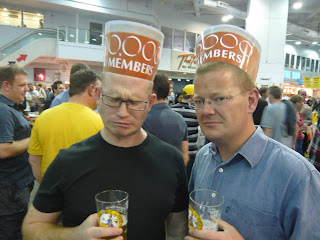 The Ample Cook said…
Good God, are you ALL ginger? :)Your photos had my husband dribbling on the computer. He didn't make it there this year.

Did you know that we have a beer & cider festival here in Rochford every year? This year's is 17th - 21st Nov. They have approx 150 beers. Rochford is on The Liv St line and you almost literally fall out of the station into the festival. Just a thought :)
14 August 2009 at 09:40

Mark Dredge said…
Great pics, great write-up. Maybe I should try and arrange a food and drink blogger trip next year - we can all get in free with trade tickets!!

Some good beers there. It's a daunting amount of beer to try and choose from! Darkstar Hophead is a favourite summer beer for me. And a couple of decent lagers - I meant to get around to trying them but the queue never subsided on the Saturday.

'Maris Otter in the grist' refers to the malt (maris otter) used in the mash tun to create the sweet base of the brew. It's the classic british malt and if you eat it on it's own then it tastes like grape nuts. It's biscuity and pale and sweet. Yum!

goodshoeday said…
I am slightly worried that you like anything made by Brains. It is not renowned as Wales finest by those close at hand to Cardiff. You however say you are not an expert so that might account for it. Plus a session beer needs to be lower abv than 4.5% or you'll never finish the session. But I can see that you will become a regular attendee get the beard ready I say!
14 August 2009 at 15:27

Food Urchin said…
The Ample Cook - I am the only true ginge out of us, shame I lost it after the Great Hair Bleaching Experiment of '96. Will put the Rochford festival on the calender, like the idea of falling out of the station but how easy is it to fall back on the train, dangerous yes?

Mark - That would be a great idea and to have someone has a guide such as your good self maybe? And you know what I didn't even buy a packet of pig snacks, if only I had known that they were the real stars!

Goodshoeday - Have you been down to Cardiff on a Saturday night? Are you suggesting the boyos who go on the razzle down there know anything (or even care for that matter) about the beer they drink? Hmm I shall ponder this question whilst scratching my newly bearded chin.
16 August 2009 at 10:33

Potato Ricer said…
ahhh. Happy days. This brings back memories of the start of the summer and the bristol beer festival. I agree... always too many beers to try!
20 August 2009 at 21:58

Anonymous said…
Another cracker of a post. I do like the sound of that Wolf. Your blog just gets better and better! Joe (your duelling partner) went to this last year and when he finally got his booze-addled arse back home it was the drunkest I've ever seen him. Ever.
22 August 2009 at 19:36