Karma is a bitch sometimes and has a nasty habit of biting you on the arse. Especially when you have been bragging to all and sundry that you're off to Spain for a Christmas jolly, all paid for by your employer. I should know better by now. Still after spending 6 hours stuck in a tiny seat on a crowded stuffy plane because of a 10 minute blizzard, when the captain announces that you are finally about to take off, you would expect to feel exhilarated wouldn't you? Well I didn't. Because our Captain also announced that further expected weather conditions would probably close the airport, Gatwick in our case, for a couple of days. He was only trying to cheer the passengers up by saying how lucky we were to be getting out of there. But believe me when I heard him say that, that proud boast palled in my stomach like an acrid turd of sadness, worry and regret. All I could think was 'how am I going to get back home, to Mrs FU and the kids?'

Subsequently, I went through the weekend in a bit of a daze, trying to get into the spirit of things but my heart wasn't really in it. We went to some nice places to eat, Taller de Tapas and Los Caracoles. The former served up some fine tapas, as you would hope to expect with their tortilla, braised octopus (pulpo a la gallega) and salt cod (esqueixat de bacalao) being the stand out dishes for me. The latter sold itself as an instution in Barcelona and yes the food was good, I loved their monkfish with prawns (rape con gambas y salsa de alemdras). Also the open 19th century kitchen, complete with coal fired stoves, that you walk through to get to your table was definitely a spectacle but alas this restaurant was too much of a tourist trap for me spoiled by sullen, arrogant service.

I didn't take any photos of the food in either place though. Due, I think to the aforementioned lack of enthusiasm but I did get plenty on my iPhone when I got the opportunity to wander around La Boqueria by myself for an hour or so. I could have stayed all day. La Boqueria is the biggest and most famous food market in Barcelona, although there are other smaller ones, situated off the main drag that is Las Ramblas. A heaving, crammed, intense, noisy cauldron of bodies but so so far removed from food markets like Borough back home, which really is a tourist trap these days. Interestingly, the trusty guide book I had in my pocket alluded that La Boqueria was just as much a mercenary holiday rat-run but I didn't get that at all. Instead I got a palpable sense of commerce, life and community fusing together, watching the shoppers and market workers interact, going about their business. Conversation at stalls, largely between women could have been about everything and anything. It was often long and drawn out as I soon discovered, waiting for my turn to point at some jamón. Unfortunately, I don't speak Spanish (or should that be Catalan?) so what they were actually saying to each other is anyone's guess. But I suspect that their male counterparts who propped up the tapas bars towards the back of market, cradling a vino tinto figured somewhere in their rapid, machine-gun chatter. And it wouldn't have been anything good I'm sure. And after visually feasting on the marvellous, vibrant displays of produce all around, trying and buying (along with some confused poking at foreign objects) I have to say that La Boqueria really cheered me up.

Well maybe not as much as touching down at Gatwick, late on Sunday night but here's to a fantastic market anyway. And here's to all the people stranded, hoping to make their way home, hoping to see loved ones at Christmas time. I hope you make it. 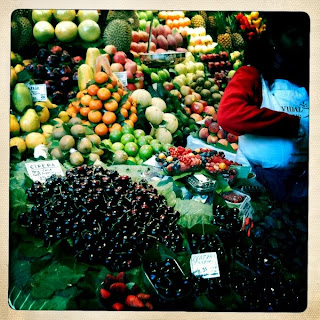 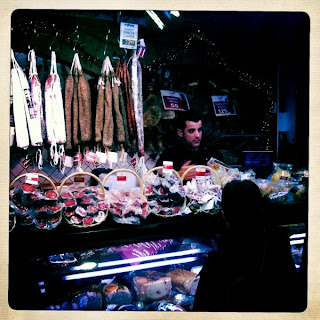 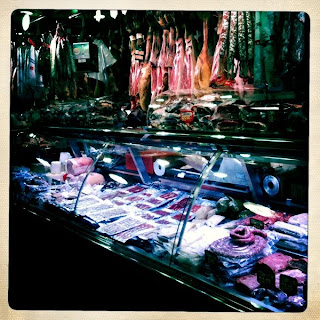 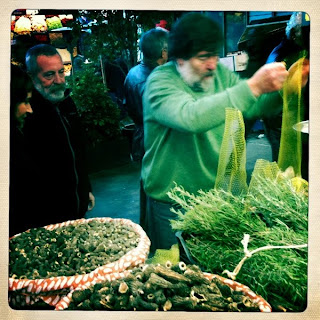 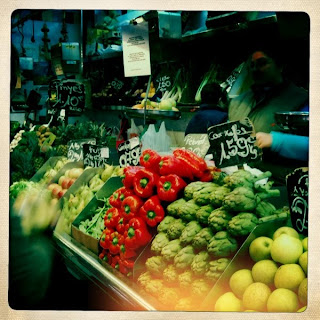 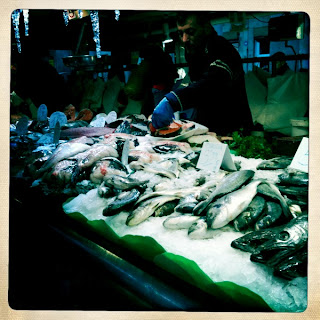 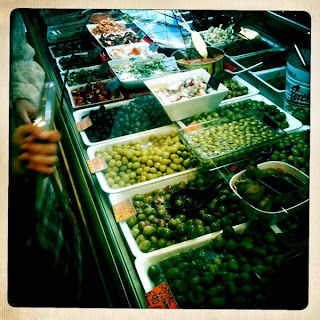 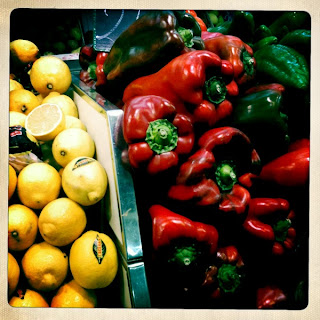 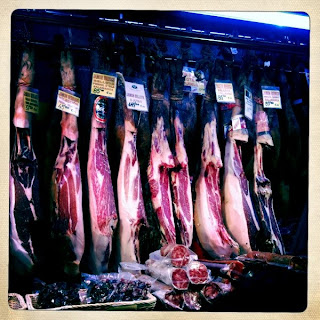 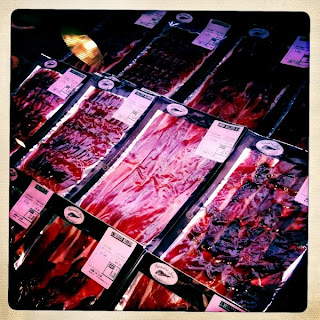 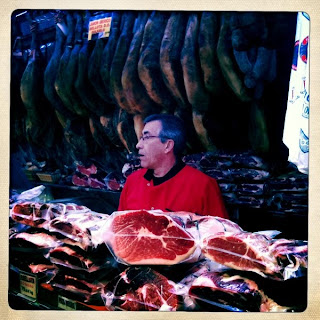 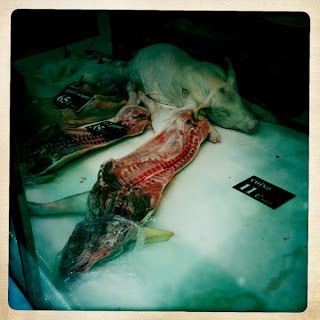 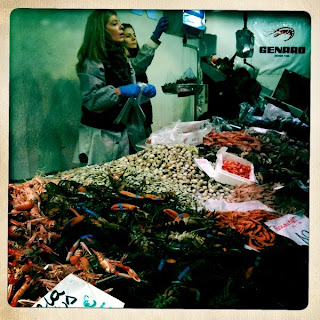 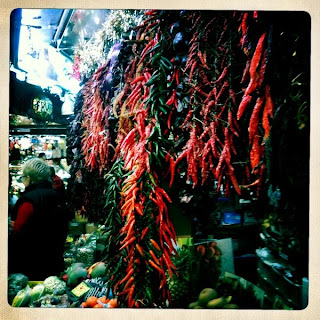 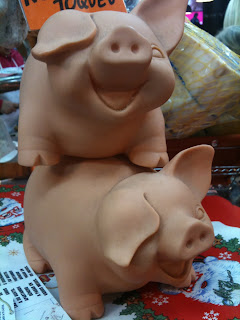 (Obviously I didn't use the Hipstamatic app for the last photo but they look happy piggies don't they! I wonder why?)

Kavey said…
Glad you made it hope safe and sound, Daisy love!

Sad about Los Caracoles - it was well known by tourists when we went in I think 2001 or thereabouts too but we were lucky in that service was warm and friendly if slightly chaotic, though we didn't mind that...
21 December 2010 at 17:05

Food Urchin said…
Kavey - The restaurant itself was brilliant. I spent 10 mins in the kitchen gawping at the chefs but when after a very unfriendly and rushed service, the waiter plonked the bill in front of my boss, pointed out the 8% tax was not to be confused with service and indeed asked him "so how much are you going to tip?" I was flabberghasted.

Dom - thanks, if you hadn't already guessed, the photos were taken using an iPhone app called Hipstamatic. I love the analogue feel, reminds me of myself.
21 December 2010 at 18:45