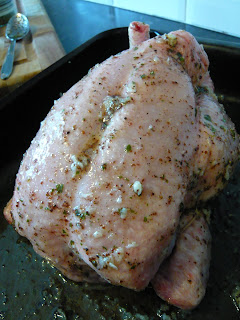 The Food Urchin stands in the kitchen and he stands alone. By himself, in solitude, peerless, unrivalled, steadfast, ready, still. And then alone some more. In the other room, the buzz and bonhomie of crashing lego bricks fills the air. A dinosaur roars, Barbie loses a shoe and Scooby Doo cries "ZOINKS!" for the umpteenth time. Still, despite all the distractions going on, he remains focused. Staring. Staring down at the cellophane wrapped chook that is wallowing in a pool of water on the counter top. He glances to one side and spots a tea-towel on the floor, which had originally been used to cover the chicken whilst it was in it's frozen state. Which, no doubt, had been whipped away by a small, curious hand shortly afterwards and used as a cape of some description. In the cold light of day, now defrosted, pasty and flabby, the fowl looks, well pretty foul really. But no matter. Because the Food Urchin is about to work his magic. He is about to give Mr Hopkinson a run for his money. He is about to give this bird the roasting of it's life.

With a swift, deft lunge and a snappy twist of the wrist, the Food Urchin turns on the main oven on, heating it up to a perfect 220C. Give or take a degree or two. Or three or four. Or maybe even ten. The Food Urchin oven is not entirely accurate and the dial thermometer he bought to pop inside could do with a really good scrub. But this doesn't worry the Food Urchin. He knows when the oven gets to the optimum temperature. He feels it. By putting his head in the oven. When the hairs from his nostrils begin to smoke and singe, it's Hammertime. Or should that be Chickentime?

Whilst the oven is working it's way up to Maillard nirvana, the Food Urchin starts to prepare the bird. 'Keep it simple, stupid' is a mantra you'll often hear when it comes to roasting chicken. Butter, salt, pepper, no more, no less. But the Food Urchin firmly believes in that lesser known idiom - 'Throw in whatever shizz you have to hand and if it works you'll be a hero, if it fails, the chippy is just up the road'. So he dives into the condiment cupboard across the room and unearths a decade's worth of impulse buys, sorry, faded, near empty jars and at least 3 packets of IKEA dehydrated cream sauce for meatballs. Eyes flicker back and forth over the parade of spices, herbs, vinegars and oils with hands ploughing through and discarding over shoulders as the Food Urchin's synapses begin to fire on all cylinders. To the outside observer looking in, this hive of activity soon melds into a blur but to the Food Urchin, every flows in beautiful stop motion majesty. Finally, he decides on his prime ingredients, slamming each jar or bottle or packet to the side with a triumphant, albeit imaginary earth shattering clang of a gong.

So into the pestle and mortar, the Food Urchin throws some stale garlic, some dried oregano from Aldi, some out of date sumac, some random looking celery salt and a generous splash of exquisite, rosemary flavoured extra virgin olive oil, procured from a small Glaswegian lady. Who lives in a bush, in a park, in London. With a rhythmic pounding and swirling action, the combined elements soon turn into a bewildering witches brew, pungent and heady. The Food Urchin dips his little finger into the granite pot and tastes. Lips purse and an eyelid flickers. 'Oh my giddy aunt, that's got an unusual..... tang' the Food Urchin thinks to himself but is nevertheless pleased with the concoction and strides back across to where the chicken resides. A slight slip on jars previously cast aside nearly puts the mission in peril but the Food Urchin regains his balance with only a minimal spillage on his slippers.

The next stage is critical and the Food Urchin knows it. For it wouldn't do just to simply empty the marinade over the chicken, throw it in the oven and be done with it. No, the Food Urchin knows that he has massage the oily, speckled ferment into the bird thoroughly and comprehensively, liberally and totally. He has to massage the breasts. He has to massage the legs. From the Parson's Nose all the way up the back to the scruff of it's (formerly) scraggy neck, the Food Urchin's fingers must probe and rub. Basting must begin before as well as after you've put the bird in the oven. Most importantly though is the insertion of half a lemon up the chook's jacksy. This is an absolute must. Without and the chicken and the cook will suffer the ignominy of bone-dry, pallid offerings at the table thus rendering all life void and meaningless. The Food Urchin has spent many a night trapped in an existential nightmare, crying himself to sleep before he discovered the lemon trick.

Once this is stage is over, the Food Urchin thinks 'it's time to put this baby in the oven'. And so he puts the chicken into a roasting tray and into the oven and breathes a sigh of relief and contentment. He picks up the jars, bottles and packets. He sweeps up the floor. He wipes down the surfaces. He prepares the vegetables by the sink. Sweet potatoes for roasting, red onions for caramelising and mange tout for blanching for just one minute before refreshing in ice cold water to retain their fantastic emerald colour and crunch. And soon enough, beguiling smells and aromas begin to emit from the oven and envelope the kitchen. Putting aside his razor sharp cooks knife, The Food Urchin grins to himself, licks his thumb and peers into the fridge. Riding this crest of a wave, he wants to push the boat out just that bit further, for his wife and for his family. He spies some chorizo and thinks 'chicken, chorizo, chicken, chorizo, chicken, chorizo.......chicken, chorizo......well it's a winning formula isn't it'. So he takes the celebrated Iberian sausage out and proceeds to chop it up into neat squares for frying and a fine scattering. 'My family are sooo lucky to have me cook for them' he giggles to himself.

Then from nowhere, something taints the Food Urchin's sensitive, hairless nostrils. It's hard to pin point but the Food Urchin recognises the odour from somewhere, from some passage in time. Hands on hips, he steps back, bows his head and frowns drawing the scent in. Suddenly, this divine, talismanic number hits the back of the Food Urchin's head which he clasps in panic.

And with that he flips down the oven door and smoke plumes out as though it were some gate to Hades itself. The Food Urchin screams, grabs a tea-towel and pulls the tray out with extreme force. So much so that the chicken re-animates and repossesses the gift of flight right across the kitchen, the kind that it could only have dreamt of when it was alive. However, this new voyage of discovery is sadly cut short by an opposing wall and the Food Urchin screams yet again. Which is soon followed by a bout of extreme profanity. Tiny feet pitter patter into the kitchen and mouths remain agog for just a few seconds before emitting a barrage of questions with vigorous pointing at a half-cooked chicken in the middle of the floor. "Go back into the living room kids and no Isla, you must never ever repeat that word OK? Ever" instructs the Food Urchin before wiping the sweat from his brow and picking up the ungainly bird from the floor. Placing it into another tin, the Food Urchin leans over and surveys the damage and decides that it could have been worse. He could have used the C-word. He licks his thumb again and smiles 'actually, this doesn't taste bad at all really' so he brushes some fluff off one of the legs, turns the oven down to 190C and pops the old girl in for another hour. She comes out perfect.

Still, it's hard being a culinary genius sometimes. 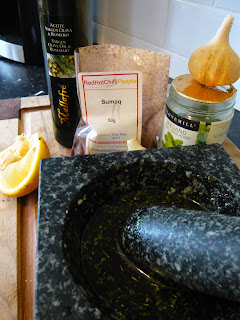 Just some stuff from the cupboard 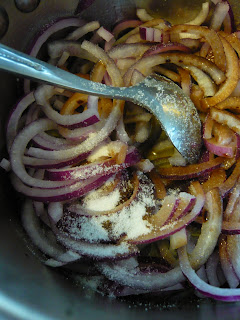 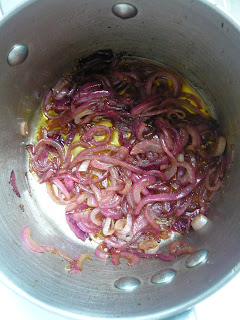 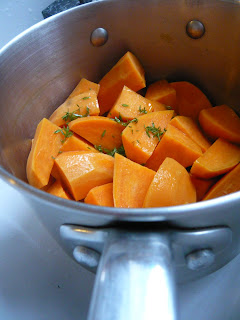 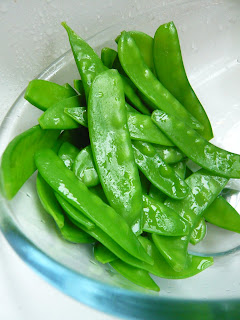 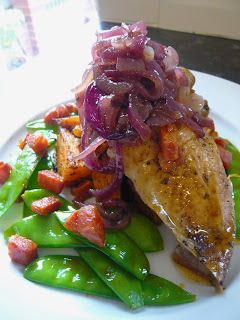 Jackie said…
Ah, Danny. This was a marvellous read. Perfect for a Weds evening. As I said, this is basically how I cook, despite the fact that I make it sound like it's all martinis, high heels and red lipstick. Really it's just a lot of swearing and throwing things into the pan.

Ailbhe said…
Funny! Somehow I kinda recognise that stash of out of date herbs + spices

G said…
A great account of the joys/terrors of making it up as you go along. Our oven likes to hang around being too cool for ages, then turns into a furnace just when you take your attention away from it!
1 September 2011 at 11:27

Kavey said…
Haaa, how DO you always transform a mundane cooking activity into such thrilling excitement? HOW?

Pia said…
From smile to grin to loud chuckles, this post is an absolute riot! I discovered your blog just this afternoon, so I must hurry off this comment, and go read some more.
20 September 2011 at 13:22

Shu Han said…
"Throw in whatever shizz you have to hand and if it works you'll be a hero, if it fails, the chippy is just up the road'.