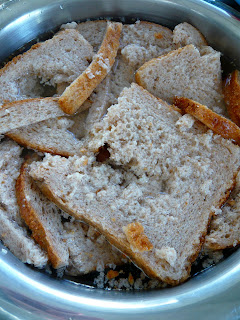 Soggy bread
Sometimes, a guy can't help but to act on impulse. And I am not talking about the kind of "Phwoor, your armpits smell gworjus petal, 'ere have a bunch of flowers," swerve in the street. No, I am talking about acts of inspiration that leave you mumbling incoherently into space whilst pensively scratching your chin. The sort of "Er, ah, um, maybe I shouldn't haven't done that," scenario. I am infamous for it. My life is peppered with bad DIY decisions, ill-thought email replies, dodgy sartorial choices and inopportune statements. All because of snap judgements. I once pinned a young chap to a wall outside Shoe World in Romford because I thought he had just assaulted some poor girl and run off with her shopping bag. Turned out that he was the boyfriend of said helpless maiden and they had just been arguing about returning some goods to another shop. But hey, it really looked like he was mugging her at the time.

This rush of blood thinking also applies on occasions when I am tinkering in the kitchen, as it did yesterday when I set about to make some bread pudding. I had just visited our local bakers for a loaf and spotted some of the lovely, sugar-sprinkled stuff on the glass shelf. Walking back to the house, munching away on a gloriously sweet and stodgy slice, I resolved to make some more as soon as I walked in through the door. I mean, I wasn't even going to take my coat off so batshit was my hankering. But having never actually made any before, I quickly threw a shout out for recipes on Twitter. Lynne from Greedy Pig pinged back an intriguing version which used black treacle but the one that really caught my eye was this family recipe, passed down through the generations from Grandpa Joe to hirstute Dan of Essex Eating. Primarily because he suggested soaking the fruit in brandy. A great idea, I think you'll agree.

However, dashing to the drinks cupboard revealed a situation of Mother Hubbardesque proportions. We really had bugger all in the way of honest, hard liquor. Except for a half bottle of Lagavulin. Which remained unopened, put aside for a tipple in front of a roaring fire (on DVD) on Christmas Eve. I paused for a split second and then, reminiscent of Withnail demanding booze, I ripped the box asunder, pulled the bottle out, popped the cork and poured a rather generous splash over a bowl of some very sorry looking mixed fruit that I found at the back of the cupboard. I think I was pleased with myself for just one more split second and then the feeling disappeared because, well Lagavulin is fairly expensive and possibly too good for the likes of bread pudding. Looking down at the moistened currents and sultanas after the deed, I really did feel this horrible, hollow pang of regret, deep within my bowels. I should have thought twice. But it was too late, I had just mugged myself of some fine, fine whisky. And I can just imagine all the connoisseurs out there, are fainting right now at the mere suggestion of such waste and are having to be revived with splashes of water from small glass jugs and smelling salts.

But you know what? The end result wasn't half bad, leaving me with a bread pudding that in flavour was unusual, complex, masculine and brooding. A bit like Marlon Brando's Stanley in A Streetcar Named Desire. If I were to go down this road again, feeling frivolous and flush then perhaps I would ease off the whisky just a touch. But the peat-smoke taste and aroma certainly added a new dimension to this humble cake. It even made it seem quite festive, perhaps I should add nuts next time? Maybe that's taking things too far but it goes to show that the bare bones of a good, honest recipe will stand up to almost anything and I rather like that train of thought. As for the 4 tablespoons of gooseberry jam that I added because we didn't have any marmalade in the house (as per Grandad Joe's recipe), well, that was truly inspirational. Not foolhardy at all.

Inspired Bread Pudding (recipe from Essex Eating but with my tweaks)

Half a loaf of bread (preferably stale)

9 tbs sugar (Plus extra for sprinkling)

50 gms butter - plus extra for greasing, and dotting on top.

Rip the loaf into small pieces into a mixing bowl, and fill with water to cover. Leave to soak for about 1hr.

(If soaking the mixed fruit in expensive whisky, or perhaps something else, slightly cheaper - now would be the time to do it).

When ready, strain your bread in a Colander, pushing and squeezing the water out, put back into the mixing bowl and add the flour, Marmalade, Sugar, Butter and the two Eggs. Mix together, then stir in the mixed fruit and the mixed spice.

Dab butter on top, cover with foil, put into an oven pre-heated to 180C. and bake for 1hr 15 min. Remove the foil, and then cook for another 15 min to brown the top.

Test if done, by inserting a skewer or knife into middle, if it comes out clean it's done. Finally, sprinkle some sugar over top.

Bread pudding tastes best barely warm or cold, so you need to leave it to cool down a bit before tucking in (with a glass of Lagavulin, if you happen to have any lying around) 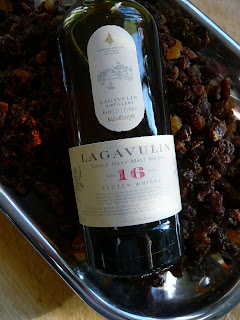 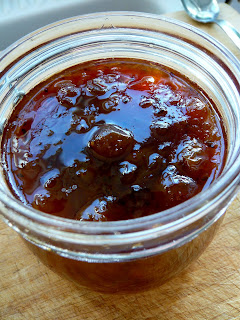 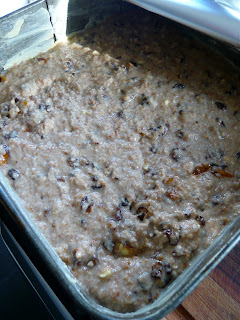 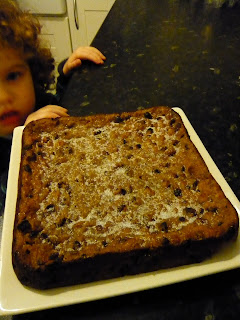 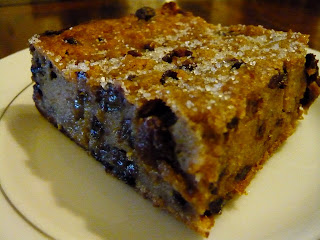 Miss Whiplash said…
I LOVE bread pudding.
I also now wish to make some immediately.
I probably won't be using posh single malt though :-)
15 December 2011 at 11:22

Lynne said…
Oh this sounds fabuloso! and YES! soaked in cold water, not hot milk - that is the real thing, not your modern namby pamby pretend thing :)

Kavey said…
Eeeeeeeeeeeeee that's posh whisky to use for pudding, even a king of puddings.