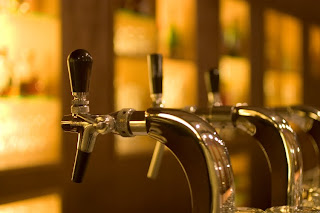 "So, itsa like a dis. I do dis, dis great-a big thing. I come into your house. I cook. I cook-a-da wid you. We.......you.....me....we cook-a-da stupendio feast, fantastico. Just-a like a Mama used to. Itsa like a....a great meeting of minds. We... we are men-a and we wanna show-a da world waas it all abaht-a. We wanna show our.......passion. Our.....skill of makin' da food taste... so beautiful. I wanna show our love makin' behind-a da stove. An' I don' mean no trutti frutti, hide-a da salami. No, that would put-a da people off their risotto. No, I jus' wanna cook wid fantastico ingredients, primo, 100% natural and no like that stupid Dolmio telly ad off da telly. And make sure da people, they have a good-a time eh. So-ah, whaddoyou think eh? Eh? Itsa great-a idea no? Itsa an offer you can no refuse eh?"

"Danny, what the hell are you talking about?"

"Well James, I just er, wondered if we should make it an Italian themed night, that's all"

And that, believe it or not, was how it all began. I had been egging a young James Ramsden, food writer and purveyor of The Secret Larder about running a joint supper club for some time now and we finally got to meet up a couple of weeks ago to thrash out the details over a pint of London Pride and a diet coke (James was on the diet coke - gaffaw).

Having entered into a couple of these collaborations now, the process of putting a menu together is quite interesting, especially when you consider the 'blokey' dynamic of talking food. Sat at table, in a City pub full of suits, once we got the 'What you been up to then, bicycle sniffer?' small talk and baldy jibes out the way, there was a palpable disquiet. Trying to think of something impressive that we could present to our dinner guests, I threw down the suggestion of a Bollito Misto, that festival of gorgeous, poached meat. James picked up the gauntlet straight away, saying that if we were going down the Italian road then florentines with coffee would be the order of the day. Oh and zabaglione would be good for dessert. I didn't have the foggiest what a 'zabaglione' was but in true male fashion made out that I knew exactly what it was and countered that it should contain some poached rhubarb. James' eyes twitched momentarily but then, bam we were on canapes and starters. Pizzette was ruminated for about a second with James stating that "getting the dough right was a bugger but hell, we can't really go wrong with homemade pizza." And then came the idea of artichoke hearts. Deep Fried? Great. Mayo? Yep, with garlic. And maybe chilli? Yes chilli. All responses delivered in crisp, staccato notes, never hovering over the two syllable limit. And bang we were done, we were then able to get on with the business of slagging each other off before supping up and departing into cold, dark night.

After coming home from the pub, be it with work colleages or close mates, my wife will often ask me, "So what did you talk about?" And more often or not, I'll answer with "Oh you know, stuff." The minutiae of conversation never really registers but believe me, great things are done, great things are talked about. This menu is a prime example I'd say.

Deep fried artichoke hearts with chilli and garlic mayo
Pizzette
Bollito Misto
Rhubarb Zabaglione
Florentines
If you are interested in coming along to the The Secret Food Larchin Supper Club which is to be held on March 8th 2012, please email me at foodurchin@yahoo.co.uk

There are currently 16 spaces left at a suggested donation of £30.00 a head.