I tell you, the terrible wet weather that has plagued us this year has left me feeling pretty blue of late, feeling all despondent and alone, like poor little Margot in All Summer in a Day, which is a short story by sadly deceased science fiction writer, Ray Bradbury. I would summarise in my own words but this passage from Wikipedia explains the tragic tale far more succinctly than I could ever manage so please take the time to read and absorb:

The story is about a class of school children on Venus, which in this story is a world of constant rainstorms, where the sun is only visible for two hours every seven years.

One of the children, Margot, moved to Venus from Earth five years earlier, and she is the only one in her class to remember sunshine, since it shone regularly on earth. She describes the sun as "a penny", or "like a fire in the stove", and the other children, being too young to have ever seen it themselves, refuse to believe her accounting of it. Out of jealousy, she is bullied and ostracised by the other students and finally locked in a closet during the time the sun is due to come out.

As the sun is about to appear, their teacher arrives to take the class outside to enjoy their only hour of sunshine, and in their astonishment and joy, they all forget about Margot. They run, play, skip, jump, and prance about, savouring every second of their newly found freedom. "It's much better than sun lamps!" one of them cries.

Suddenly, a girl feels a raindrop on her. Thunder sounds, and they run back inside. Then, one of them remembers Margot, who is still locked in the closet. They stand frozen ashamed for what they have done, unable to "meet each other's glances."

The precious sun has come and gone, and because of their despicable act, Margot has missed it. They walk slowly and silently towards the closet, and let her out.

A very sad, melancholic and moving story, I think you'll agree and it is one that I can emphasise with strongly because I know what it feels like to be Margot, trapped all by herself in that cupboard, weeping softly, whilst all the world around make hay in the beautiful sunshine. And that is because I am a ginger, a carrot top, a Duracell battery, a Ron Howard. It's bad enough to be confined indoors whilst it is hammering down but can you imagine what it feels like to be cuckolded for your pale skin and told to remain in the shade, covered up from the glorious rays, breeched in sack? It's terrible I tell you, so surely you can understand why I felt particularly aggrieved when Mrs FU banished me from the garden last week? It's been raining for 7 sodding years and finally it stops and she wouldn't let me come outside.

This time around though, I had a bargaining tool. I had just downloaded the new Summertime App from Great British Chefs in partnership with Ocado. and tapping on the kitchen window, I caught her attention and promised that if she let me come outside, I would fire up the barbecue and cook for her and the children, a couple of the delicious dishes featured. Such as Josh Eggleton's BBQ Pork Ribs marinated in soy sauce, ketchup and black treacle. Or Matthew Tomkinson's Beef Burger with Stilton Rarebit and home made burger sauce.

"You mix the mince with Worcestershire and anchovy sauce," I sobbed. "It has Stilton cheese melted all over it!" I cried, mouthing all over the cold pane whilst pitifully waving an iPhone.

Thankfully, she let me out. On the condition that I wear my Nigella burkini. And it was a wonderful afternoon, gallivanting around the garden with the twins, drinking cool wine and grilling meats over hot charcoal whilst our star warmed my delicate, covered bald head. I shall carry the memory with me always.

It's raining again today but at least I have one over poor Margot, I wonder if she did ever get to see the Sun in the end?

NB: I should add to this rather odd and random post that proceeds of the Summertime App, which features great recipes from Marcus Wearing, Tom Aikens and Nathan Outlaw (amongst many other chefs) will go towards Action Against Hunger, a global charity committed to ending world hunger while saving lives of malnourished children; a very worthwhile cause.

Clearly, the weather is starting to get to me. Either that or I've been sniffing too much copydex again. 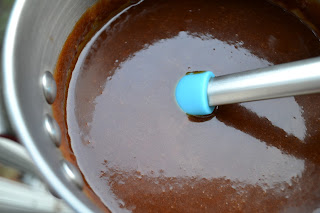 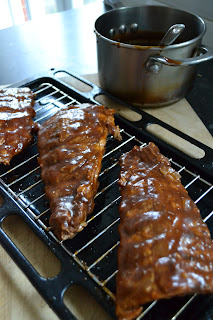 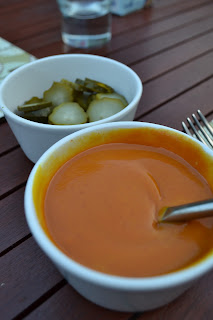 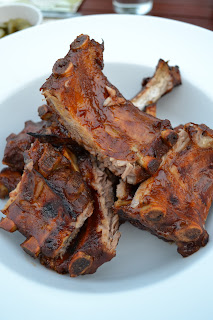 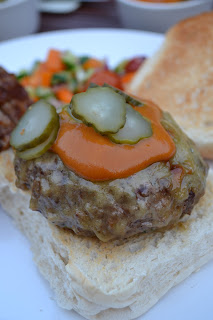 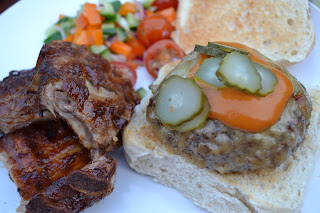