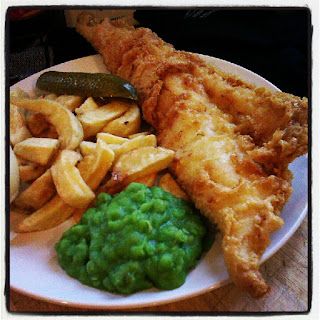 I will never forget the time when I first witnessed the profound influence and brute power of chips. I was visiting my little sister, who was at a University College in Wakefield and having spent a night on the tiles, we joined a disorderly queue that was snaking out of one of the many chippies on the high street. As you might expect, levels of inebriation amongst the crowd veered towards the top end of the scale. Singing, jeering and laughter echoed all around, with the occasional cry as imaginary earthquakes sent people stumbling towards the floor, off kerbs and pavements and walls. And there was this one girl in particular, who I will remember forever.


Skipping forward with a polystyrene tray, chips and curry sauce open, steaming in the cold night, her balance suddenly, yet not quite inexplicably, left her. Spinning and pirouetting around, she resembled cross between a demented ballerina and a new-born calf; all knock kneed, ungainly and unsure. Eventually, an ankle bent over, a heel snapped, her short skirt split further up the thigh and she came crashing down onto her knees. People zigzagged to her help and lifted her to her feet. Her knees were ruined, pouring with blood and her rescuers urged her to seek medical attention. Yet throughout the fuss, the dance and the drama, she had managed to keep her hand, which was carrying the chips, aloft in the air and as steady as a rock. Once she regained her composure, she brought the chips down to eye level to examine them and with a broad Yorkshire accent and lisp, uttered the words:

And off she went, weaving into the darkness.

You don’t see that level of dedication that often, that commitment to the cause but after watching that little episode, it did hit home there and then, that when ravenous and hungry, chips can indeed perform small miracles. Or at least take your mind off smashed up knee-caps (though I am sure alcohol also helped). 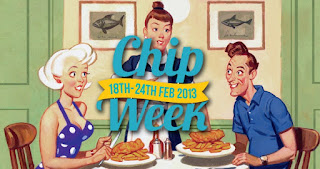 However, to assume that chips are a staple and a saviour, only to be enjoyed at 3AM whilst waiting in the cab rank is wrong. As the facts and figures from the people behind National Chip Week suggest, in Britain we ‘just can’t get enough of the delicious potato delight.’ And it was whilst reading up on some of these statistics that I began to think more about chips and what they really mean to people. Furthermore, I wanted to find out what constituted as the ‘perfect chip’ and what accompaniments or sauces should go with them and if indeed, there were any strange or quirky attitudes to chips. So I asked Twitter and here are some of the results. 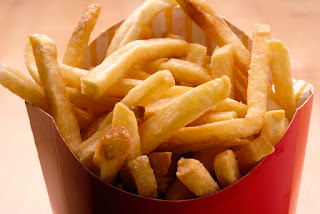 Bolting straight out of the box came a reverence for French and curly fries, which was intriguing, as in my opinion they don’t rank as proper chips. Still, it seems that the likes of @hollowlegs and @foodstories go nuts for them and have peculiar pedants about the order of dunking into condiments - “Ketchup first, then mayo, then mouth.”

The thick cut brigade then started to emerge, which was a bit more like it, with @lotsofveg and @chefhermes preferring an unadulterated chip with just a smidgen of salt and sherry vinegar (very posh) and then slowly but surely the lard fanatics started to come out. People like @thepaulhart, @mikebirtill and @starryeyedvicki who enjoy a certain degree of ‘beefy-ness’ in the flavour of their chips, with little regard for their arteries. 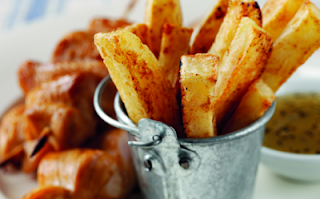 The animal fat situation developed further still with @Feelgd_Foodbk singing the praises of Tom Kerridge’s triple fried duck fat chips and @HighlandWagyu opining the virtues of Wagyu fat, showing that people are willing to pay good money for the ultimate chip and that they don’t necessarily have to be cheap. 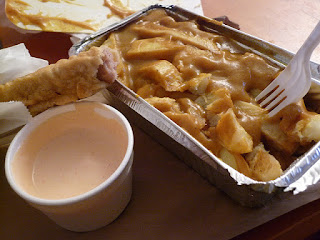 Regional tastes then started to appear, with the ubiquitous curry sauce making an impact on the scene. Personally I am big fan of curry sauce and chips, so found myself in agreement with @lloydstevens, @grabyourspoon and @thetobykennedy.  But then gravy started to ooze in and that is one Northern delicacy that I really don’t get, despite recommendations from folk such as @kepicka and @clairetweet. And as for those asking for gravy AND melted cheese on their chips, yes that’s you @lazygiraffe, @faerietalefoodie and @DomesticJules, why would you want to put something that looks like vomit on your chips?


Saying that, the homely slant of cauliflower cheese and chips from @gingergourmand does sound like the ultimate in comfort food and I am always up for mushy peas on the side @WalthamstowFood. Chips wedged between chunks of bread are also very appealing. Nothing quite beats a chip butty and thanks goes to @Brucy1 for pointing out regional differences when ordering one. A catch-all phrase would be handy though, something like: “I’ll have a mufftybuttbarmbap please.” 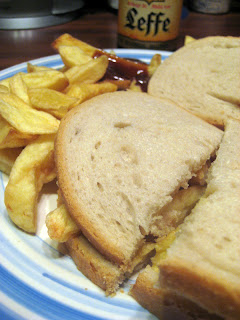 International interlopers came up with ideas such as full fat American range dressing and chips (@dracimedea) Dijon mustard and chips (@Spicespoon) and frites oorlog, chips piled with mayo, satay sauce and onion and very popular in Amsterdam, according to @applelisafood. All appealing yet totally bonkers suggestions if you ask me but the real freaks out there were the milkshake maestros. Those who think that dunking a potato chip into a sugary, ice-cream based beverage is the height of elegance. Listen up @VeeeZeee, @applelisafood (again!) and especially @shedlikesfood, you all need to take a good, long hard look at yourselves and sort your lives out now. Milkshake and chips?! That’s bloody sacrilege, don’t you know! 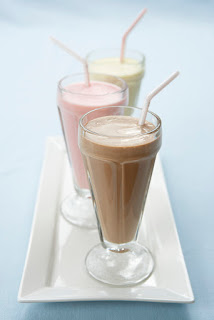 Thankfully, throughout this very brief and light-hearted investigation, hardly anyone expressed a preference for oven cooked chips. It was deep fried all the way. As in the immortal words of @them_apples, “Chips and ovens do not go together.” And for that I am glad.


My favourite repartee came from whoever it is that runs the Twitter account for Tiptree jam. Their assertion that chips are “Never better than late at night, in a jalopy, lights off. Slade playing loud. Saveloy or battered sausage?” really tickled my funny bone and bolstered an opinion that chips, perhaps more than anything other, are the universal food. Infinite in variety, shape and form, they come with a multitude of choices and can be enjoyed in plethora of environments and dimensions, depending on who you are, what you like and where you live.

Truly, the chip is an unbridled thing. And if you think about that last statement long enough, you’d have to admit, it all amounts to pretty profound and powerful stuff.

tori said…
Shameful confession time; am quite partial to chips dunked in caramel sauce. Started with McDonalds sundaes as a child.
1 March 2013 at 15:39

Sam said…
If I could I would eat big, fat, sloppy chips doused in plenty of malt vinegar and salt every single day of the week. Alas, the waistline needs to be watched and taking part in such frivoloties would just lead to a much larger waistline....and not to mention clogged arteries! :)
6 March 2013 at 17:22