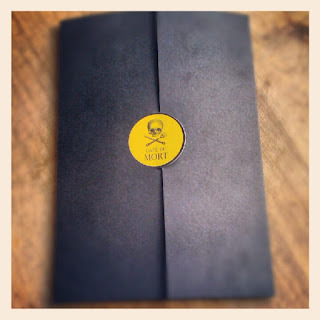 Well, I am still here. A week or so has passed and I am still here. And you know what? I knew I would pretty much handle anything that Café de Mort could throw at me. Fugu Sashimi? Pah, I thrive on tetrodotoxin. Kluwak nut pasta? I take hydrogen cyanide with my tea. Ghost Naga? I keep a supply in the shower for a bit of a scrub down; nothing beats a bit of a tingle first thing in the morning to enliven the senses. Stings a bit when I go for a wee afterwards but yeehaw, bring it on. Nah, I scoff at Café de Mort, a pop-up organised by Remember A Charity. Was that really the worst you could do? Ha!

OK, we'll come to that in a minute.

So yes, I found myself wandering around the dark, dank environs of a church crypt last week faced with the prospect of sampling one of the deadliest menus known to man and I have to admit, I was grateful for the prandial fizz and absinthe to steady the nerves before sitting down. You might think that a hallucinatory dalliance with the Green Fairy is the last thing you should be doing when standing in a mouldering, crumbling, brick-lined cavern; which not so long ago housed hundreds of putrefying, decaying, mummified bodies. But it helped a great deal. Besides, I had a lovely chat with great-nanny Alice.

Of course, being enveloped within this rather morbid atmosphere was precisely the point for holding a pop up in a crypt in the first place. The main verve and thrust of the Remember a Charity campaign is to encourage people to consider leaving money to a charity in their will. Standing in a place, where many souls were once laid to rest, certainly focused the mind and made you contemplate what should happen when one finally shuffles off their mortal coil. Wills, in my experience, can be messy affairs; so perhaps it is best to leave most of your wedge to a worthwhile cause, rather than have it split members of the family. I know I should sort out one of my own and think about leaving a portion to charity, not that I've accumulated much cash so far mind. Still, I thought about all of this quite solemnly, whilst staring, wide-eyed at a curious stain on the floor.

Thankfully, this existential musing over mortality didn't last long, as we were sat quite promptly to face the prospect of self-poisoning. Which is a bit of a paradox but there you go. The menu created by food writer Matt Day and executed by chef Errol Defoe, though purposefully intimidating, was actually quite harmless and quite delicious. Led by the aforementioned Fugu, that famous pufferfish dish where one mistimed slip of the tako hiki by an inexperienced hand could leave you brown bread, the food was fun, quirky and very enjoyable to eat. Curried Ackee Pattie with Ghost Chilli delivered just the slightest burn so chef must have been sparing. The Kluwak nut pasta with False Morels was intensely savoury. Macaroons (huge) with unpasteurized bitter Almond Cream and Elderberry Coulis were sticky and sweet. And the Peanut, Cacoa and Nutmeg Sweetbreads delivered a crunchy hit of soothing theobromine at the end.

The accompanying drinks were a touch on the hit and miss side, as some of the mixology spiralled slightly out of control but I did really enjoy the Bloody Hell Mary, made with poitin. Probably because I am one sixteenth Irish or something. But the Snake Wine..............

Yes, we need to talk about snake wine. Now, as I claimed at the start, I sort of pride myself on being able to ingest anything. There is nothing I won't try but if I never, ever have to take just the merest sip of snake wine ever, ever again, then that is absolutely fine by me. Because it is disgusting. With a capital D. Apparently, it is the sort of the drink that helps refresh the lead in your pencil, if you get my meaning.

However, I don't believe any of it

What I do believe is that somewhere, in a small village in Vietnam, there is a group of small, elderly men who regularly take a thick, brown piss in this enormous vat. It is then left to ferment and steep and coagulate and then gets watered down and syphoned off into ornamental bottles. A rotting snake and a scorpion gets thrown into the bottle for good measure, to add a certain mysticism and then it gets sold off to unsuspecting punters in the West. And these old guys are laughing. I can picture them now and I can see their bright, toothless smiles, wide open and full of mischievous joy, that people have bought into their cure for erectile dysfunction.

That aside, I really enjoyed myself in the company of others last week and I am only too glad to help promote the spread of wealth once we become worm food. Or get shot into space. Or whatever. And I would like to thank Dogs Trust for sponsoring my place at the table. Dogs are for life naturally, but they could also do with help from folk who enter the afterlife.

One last thing though. I have to say that I was most disappointed that Gregg Wallace, the face and patron of this latest campaign, wasn't there himself on the second evening of the pop-up, as I was looking forward to meeting him. But perhaps after undergoing the rigours and stresses of testing and tasting such a deadly menu, he needed the well deserved rest. After all, he has lost a lot of weight and has been looking decidedly peaky lately. Get well soon Gregg! 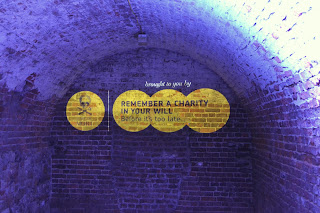 Remember a charity in your will 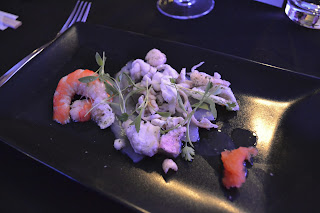 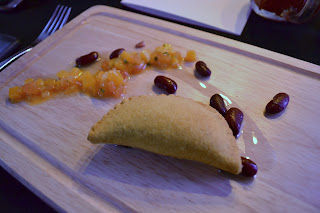 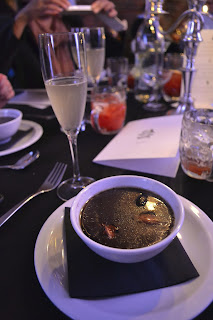 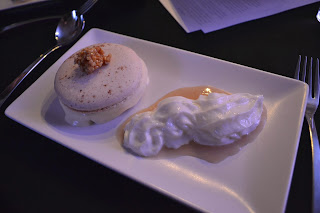 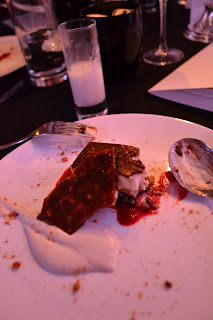 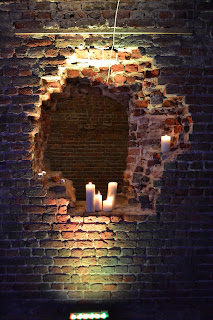 Hole where the last occupants tried to break out 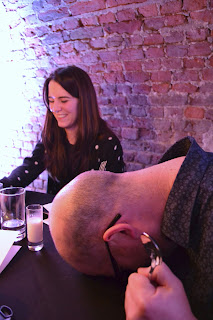 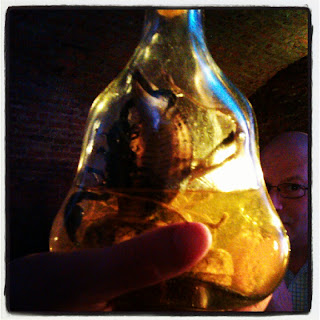 May said…
Lightweight - Snake Wine. My horrible old Hakka grandmother used to make her own snake wine by drowning live snakes in really expensive brandy which she then left to sit in her cupboard for months, sometimes years. It was "medicinal". She also made more of the same with iguana and other small animals. Regular mugs of the stuff kept her alive well into her 90s. Who know if it's magic or just a load of old nonsense.

Tara Cardwell said…
Looks like an amazing setting for the menu which also looks pretty decent.

You didn't miss out on Greg - I met him when I was on MasterChef and he's a bit of a t**t!