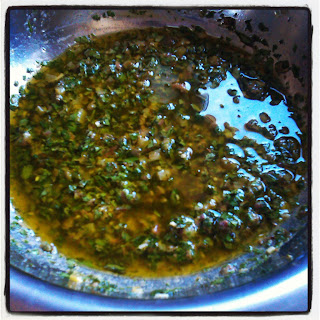 Fridge cleaning is a tedious yet necessary chore. As is oven cleaning. And floor cleaning. And washing up and wiping down. And all that horlicks. In fact, let's face it, it's all boring and some days would be better spent by either ignoring the tomato ketchup stains on the ceiling altogether. Or by simply starting some conflagration, good and proper, to purge the kitchen of all its sins and to start afresh. Out of the ashes and all that. The latter suggestion would probably have an impact your home insurance premiums though, so it's not probably not a good idea. Some days though, I do sort of wish that I had some form of OCD so that I could attack things inanely and without prejudice, just to get the job done, albeit over and over again. Instead, cleaning is just painful, another thing to do, in my already busy life.

Coming back to fridge ablutions for second though, it is sort of important to make sure that your cooleratory (sic) system is kept spic and span, for fear of encouraging lurgies, mould and 'matter'. I read in the news only yesterday that something like 80% of households in the UK admitted to cleaning their fridges just once a year, which is totally believable. I have seen some terrible examples in my lifetime. Incubators they should be called, not refrigerators. Propagators of exotic lifeforms. Seething after cross-contamination. Sources of bum gravy at best, death at worst. Email me and I will tell you which particular curry house on Leytonstone High Street to avoid. But that's a restaurant and not a house, so I have gone a bit off topic there. The important point is that you should really try and keep your fridge clean, no matter what.

So yes, I regularly take out the shelves and boxes and whatnot from our fridge and get them a good scrub in hot soap and water, I am proud to say. Not forgetting scooping and skirting in and around the walls of the inner white compartment with a fresh dishcloth; taking a moment or two whilst my head is stuck inside with the light on, to pretend that I am in some 60's sci-fi movie. And then everything goes back, stacked neat and tidy and all the produce goes back in. This is also a good moment to take stock of what was actually in the fridge in the first place. We are pretty good at making sure that nothing goes to waste (he says all pious and smug) but occasionally a garlic clove is found, sprouting a tall green antennae. Or a single pot of yoghurt, a week out of date, normally vanilla or something equally bland, which gets thrown away.

I do however take a different view with regards to the condiment shelf. The top shelf that gets laden with jars of jams and pickles and chutneys and mustard's and capers and olives and any other thing that you can imagine existing in a jar. You know the one. I flatly refuse to chuck any of them away for they are preserves and by the rules of preservation, they can exist in stasis forever and ever and ever. Yet really of course, they can't. Oxygen and bacteria will always win eventually, no matter how much sugar and salt has been imbued. That doesn't mean that I haven't screamed at the top of my throat before, after discovering that a 5 year old plastic ramekin of Patum Peperium's Gentleman's Relish has been wantonly tossed aside.

As I am in the habit lately of making lots of green sauce, or salsa verde if feeling all sexy and continental, there is normally a jar of the stuff on the top shelf too. Because it is gorgeous. Take any regular, mundane dish and drizzle a spoonful of this piquant, herby liquor over the top and it will be transformed. Sausages and mash, bang! Grilled mackerel, wham! Stirred into chicken soup, kajawowkerplunkapow! Recipes are pretty much the same throughout. Parsley, mint, basil, garlic, anchovy, capers, dijon mustard, wine vinegar or lemon juice, seasoning and a generous glug of good olive oil. That's green sauce in a nut shell. Though for more accurate quantities it is always helpful to refer to St Nige or Jamie and a little goes long way. So once whizzed up, or chopped up rather, this is something that you need to take your time over with a nice sharp knife and board, I often find that I have loads left over. So onto the top shelf it goes, topped and sealed with some more olive oil to be left indefinitely. Alright, a week.

I suspect the last batch I made definitely older than a week though, especially after spooning a tonne of sauce onto a plain brown bap with ham for lunch. I didn't die or suffer from some interminable squits but boy, the sauce was funky. The emulsification of flavours over time had developed into something extraordinarily pungent and powerful. So much so, that every time I breathed, I could feel my nostril hairs singe. And my eyebrows too. Which is all fine and dandy, if you can handle it, but I am acting in an up and coming play soon see and let's just say that I have to execute some passionate onstage kissing. Rehearsals later that day were interesting to say the least. My opposing actresses (I get to kiss two, what a cad) kept fainting after every embrace. And that was never in the script.

Suppose I better buy some mints. Or throw the jar away.
Labels: recipe writing

Lisa Cookwitch said…
" taking a moment or two whilst my head is stuck inside with the light on, to pretend that I am in some 60's sci-fi movie."

Unknown said…
Why does everything get so gross?! I hate cleaning too but LOVE the feeling of well-being once the chore is done. A bit like exercise. Love green sauce too. Love your blog.
14 June 2013 at 23:53