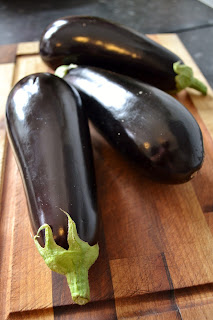 If you are ever in need of a boost, a little geeing up and wish to re-ignite that tickle in your stomach, akin to the feeling of standing in a sweet shop when you were five, go shopping in Aldi. Seriously, do it. It really is a veritable, bonkers paradise of hyper-consumerism, an Aladdin's cave of miscellaneous expendables and junk shop tat. I wandered in there the other day for some fruit, vegetables and what is collectively known in our house as 'sandwich stuff' ("Make sure you get some sandwich stuff") and I wandered back out with an electronic fly zaper, some Dr Beckmann Glowhite whitening detergent and a jar of Cowboy Burger seasoning by Schwartz. Because personally, I think this is the shiz that MEATLiquor has been putting into their burgers for ages now, I just need to test the theory. Ha! Your secret will soon be out boys! 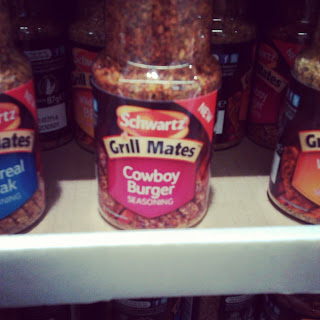 Anyway, the fact is that I do love to go for a shop in Aldi and despite the moth-like attraction to power tools and comfortable slippers, we do make great savings on the food bill. For instance, I recently bought three gorgeously purple, rotund and sensuous aubergines for 49 pence each. This is an absolute bargain when you consider that other supermarkets normally punt them on for double that. How do Aldi do it so cheap? Is it down to a striped down, no-frills, super efficient teutonic business model? Or do they bring out the thumbscrews like all the other chains? I don't know but I happy and grateful to have an Aldi on my doorstep.

The interesting and funny thing about shopping there is the reaction you get from familiar faces when they get caught rummaging around in the freezers for basa fillets whilst carrying a duvet set under their arm. Cheeks blush, lips get bitten, puppy dog eyes arch ruefully to play the sympathy card and then comes the standard response:

"Oh hi, yeah, well oh God, hey, isn't cheap in here. I've just finished doing my bit in Waitrose but I remembered I was totally out of toilet roll and well, hey isn't it so cheap......so erm, see you!"

And off they tootle, waving with hand aloft and head surreptitiously bowed down in shame. I always do my best to wave back but more often than not, I am holding a fishing rod under one arm and a crate of iced tea in the other. Ah, the paradox of Aldi. We think we are saving money but really we are not. Clever Germans.

Coming back to the aubergines though, having saved some real pennies there, I decided to make melanzane alla parmigiana the other day using Mr Oliver's recipe. Now, most recipes take the route of frying slices of aubergine in oil until lightly browned and squishy and tender. However as this is a lengthy process and can often make the aubergine greasy, I decided to give his char-grilling method a go. The result was a mixed bag really as the aubergine hadn't quite cooked through, to transform into that gooey layer you normally expect but I did like in the inherent smokiness that came from the grilling them. It certainly added an extra dimension to this very comforting dish and if I were to consider this method again, I would probably whack them on the griddle and then whack them in the oven for a bit longer. Say for half and hour, in a lasagne dish, drizzled with a generous helping of olive oil.

In fact, I will probably pop out to Aldi right now and give it another whirl at the weekend, whilst their aubergines are still so cheap. Plus they've got a good deal on a bench grinder with sanding belt at the moment. I've been after one of those for ages.

Alicia Foodycat said…
Pretty stripes! I'm impressed - shows your weren't dicking about with them (which *someone* in this house is prone to).
3 July 2013 at 13:10

Kerry said…
AUBERGINES. I've been addicted to them lately - great pictures and you've done an amazing job on grilling them (I can never get them that tidy!)
3 July 2013 at 14:37

David Crichton said…
Hi Danny, I've just found your blog through twitter and love your style. I didn't realise ALDI was so cheap though! I hate paying £1 for an aubergine in sainsburys when they're no bigger than a courgette some days.

I use GBC website a lot for inspiration on my blog. I'll pay more attention to the blog posts from now on when I visit.
5 July 2013 at 10:00

Adam said…
Absolutely love aubergines, I used to hate them as a kid but like broad beans I realised I hated them because they were cooked the crap out of. I once got accused of shoplifting in aldi when me and my fiance were looking for some batteries (no jokes ok). the guard just stopped us at the door and said 'you have stolen!' to which I angrily said 'OK search us then, but you had better be 100% sure we have otherwise I'll have your job!' (I was 18 and stupid). needless to say we hadn't stolen any batteries and went on our merry way with a rather embarrassed looking guard left looking sullen and stupid behind us. Minor life victory was had that day.
7 July 2013 at 18:05

Anonymous said…
YES! A fellow Aldi lover. Their posh cereal is better and about 1/4 price of everywhere else. I always seem to come out with a colouring book for my nephew too.
8 July 2013 at 19:12

Alex said…
Aldi are entirely mysterious, yes. This is obviously biased but may go some way to clearing up the mystery: http://www.greenleft.org.au/node/29924