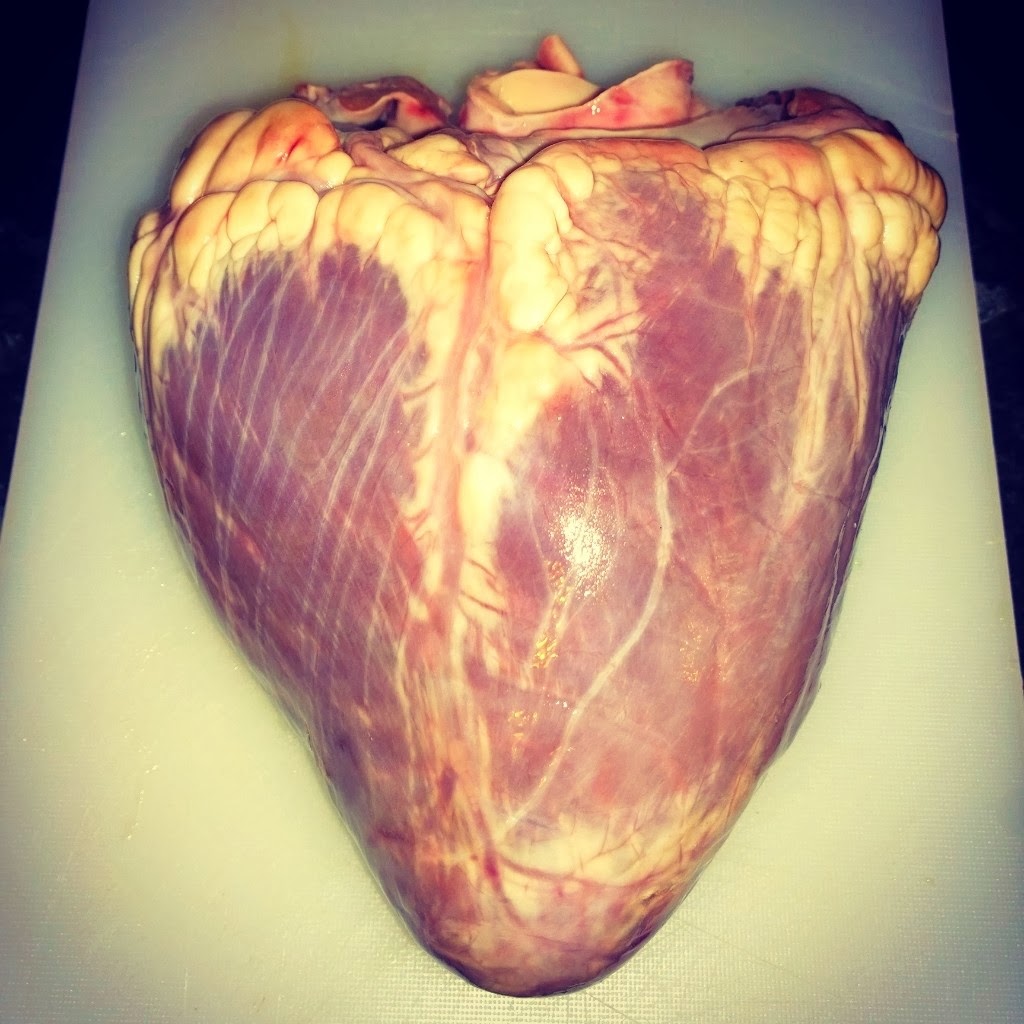 Well, when it comes to the humble bovine, I think I have very nearly finished the list with regards to nose to tail eating. Just recently it feels like I have been eating very little else, which has been entirely unintentional believe me. But as you and I both know, the gravity towards beef can be very strong sometimes. Unless you is vegetarian that is.

So yes, for some reason I have been chowing down on nothing but cow bits lately. Cheeks, tongue, tail and lots and lots of bone marrow. I know that all of these bits fall just outside of the fifth quarter (as some people on Twitter seem to want to argue) but I have to say that the eating has been offally good. Badoomtish. And more to the point, its been cheap. Day by day, my fondness for these cuts seems to grow and grow and I am sure that part of it comes down to the fact that they don't hurt my wallet.

Of course, it helps that these cuts also taste soooo good. I hate to bang on ox cheeks. Christ, people must be bored of me praising them with jazz hands in that advert by now but seriously, I would rank cheeks as being my favouritest, favouritest cut of all time. A couple of weekends ago, we
off-loaded sent the children to their grandparents and spent a lazy Saturday morning moping around the place before heading to the pub in the afternoon; to shout at a bunch of lithe young men throwing an egg-shaped ball around the place. Prior to us heading out, I stuck some ox cheeks in the slow cooker. Sploshed some red wine in, some herbs, some stock and some root veg and left them to plop-plop away. Simples.

When we returned, a good while later and slightly wobbly, the smell that the permeated the house was amazing. And the cheeks? Gawd blimey they were so lovely, so tender and so full of flavour and what effort had gone making into the dish? Absolutely sod all, as my Nan might say.

So. Cheeks. Are. Brilliant.

However, coming up as a strong contender to challenge for the title might just be the ferocious and formidable looking ox heart. I bought one a while ago from bearded butcher Ollie who mans the counter at The Quality Chop House shop in Farringdon (great food shop by the way) with the idea of writing up a recipe post for Valentines Day. But as it had been stuck in the freezer and due to poor time management, there was no way it was going to defrost in time. Because ox hearts are big. Very big. As big as you might expect from an ox heart really. What is the difference anyway between a cow and an ox anyway? Why don't we say cow tail? Anyway, despite the enormity of the ox/cow heart, I soon managed to forget all about it.

Then last weekend, the beautiful Carol Kirkwood announced on the telly box, with those luscious red lips of hers, that the sun was on its way and I thought 'Fank fack for that!' and immediately texted my brother-in-law to announce that he really, really should have a BBQ. Rather than the planned Sunday dinner.

The main plan from my end was to bring anticuchos which is a popular way of cooking ox heart in South America, Peru in particular (says Google). The basic premise is to prepare the heart and slice it into chunks or slivers and then marinate it overnight in a concoction of oil, garlic, vinegar, cumin and chilli, along with some herbs such as oregano. You then fire up the BBQ like a grizzly ol' cave man or woman and then skewer the meat and grill them fast so that they are crisp on the outside and tender in the middle.

We tried them and the result was pretty stunning, punchy and strong. The vinegar acid in the mixture goes a long way when tenderising the meat, the texture was not too dissimilar to fillet but the flavour delivers a far more beefier thwack around the chops. Unfortunately I didn't have any aji panca chillies, which would have made this dish a bit more authentic. I used a scant scattering of regular Schwartz dried chilli in the marinate instead because heat doesn't go down too well in my family but I am definitely going to go and purchase some for future burn ups.

If the weather keeps up, ox heart could definitely be my new thang. They certainly are the antithesis of ox cheeks, demanding a quick flash of attention, rather than the slow amble of a bubbling pot.

For the time being, my allegiance will remain in the lap of the Gods. Or in Carol Kirkwoods at the very least.

1 ox heart, cleaned of its tubes and gristle and oomska

Half a head of garlic, cloves very finely chopped

Now this is up to you, you can cube the heart or you can slice it into fine slivers. These are the two main pointers I found on the Internet and I followed the lead from Alex at Just Cook It on the slicing front.

Place the meat into a bowl and add the rest of the ingredients and mix thoroughly. Cover with cling film and leave in the fridge to marinade overnight.

Next day, when the sun is shining and you've got your string vest and flip flops on, light the BBQ. Whilst that rages, skewer the meat onto ...um skewers and then when the flames die down and the embers begin to glow red hot, grill the kebabs, turning frequently for about 10 minutes.

Serve with other meat stuffs and rabbit food or whatever and enjoy!