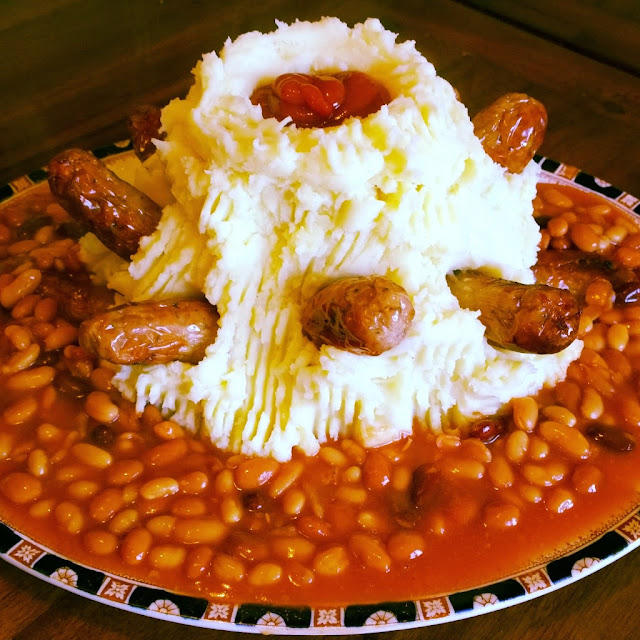 When it comes to certain days of the week, Rebecca Black pretty much nails it when she warbles in that annoying, auto-tune assisted voice of hers that Friday is all about "fun, fun, fun." It really is. I know some naysayers will disagree, arguing that Thursday is where it's at. However, as far as I am concerned, the last day of the working week is and always has been the best day for celebration. Sure in the past, merry high jinks have gone well and truly off the rails or down the railway track rather. Catching the vomit comet (otherwise known as the last train home to Essex) and waking up in sleepy Shoeburyness, with not much more than 50p in your back pocket isn't much fun. It is soon forgotten though and by the time Friday rolls around again, you are normally back on your feet and ready to go. Because well, it's Friday.

Thankfully, those Fridays drenched in booze are now well and truly behind me, especially now that I am father. But I still like to instil a sense of joy into proceedings and I like to think that it's rubbed off onto my kids. They are definitely a lot more perkier when they wake up on Friday mornings before school because a) it normally means 'movie night' and going to bed later. And b) they get free rein on what they would like to eat for dinner. As parents, we try not to be food Nazi's but we also try to make sure that eat fairly healthy. On Fridays though, they can have whatever they like. Burgers, pizza, fish and chips, all the kind of stuff that doesn't really hurt has long as it comes in moderation and when I dropped the twins off at the playground yesterday morning, the request was put in for some life-affirming bangers and mash.

With that in mind, I then began to think how I could jazz things up and thought about how bangers and mash always appeared in the Beano, a much loved comic from my yoof. For the likes of Dennis the Menace, Minnie the Minx and The Bash Street Kids, sausage and agitated potato was pretty much the staple. Ordered in cafés or posh restaurants and paid for with ten pound notes that simply had '£10' written on them, the mash would always come piled high and always with a multitude of sossidges sticking out at jaunty angles. So I decided that's how it was going to come.

The idea then took a twist when I announced on Twitter what I was up to and Lynne Clark asked whether I was going to put a big dent in the middle of the mash mountain and fill it up with tomato ketchup to turn it into a volcano. This was inspired and so I ran with it and with the addition of some Heinz five beanz to create a moat of bubbling lava, I came up with this fantastic creation.

Of course, this isn't turning out to be a recipe post as such. It's more of a slightly boastful "Hey! Look what I made last night!" sort of blog but it was great fun to make and even better, it was great to see the look on the twin's faces when they wandered into the kitchen to eat. Digging in altogether from one platter was brilliant, as were the stories made up about how this volcano came into existence. The kidney beans were apparently soldiers sent to guard and keep an eye on the volcano but sadly they soon perished after falling into the fiery hell of the tomato sauce. Sausages were in fact spaceships and were fired out of their docks with the assistance of forks into gleeful mouths. And the tunnels left behind in mash mountain? Well, moles live in there I'll have you know. Fire moles, that breathe... fire. By all accounts.

And there you have it. A fun and creative way to spend a Friday night with the children. Grab the sentimental bucket after reading this and purge if you like but don't deny that food really can be joyous at times. I think we all need to be reminded of that once in a while.

So, try giving this whirl at home and watch the smiles at the table unfold. Regardless the age of the faces that frame them. 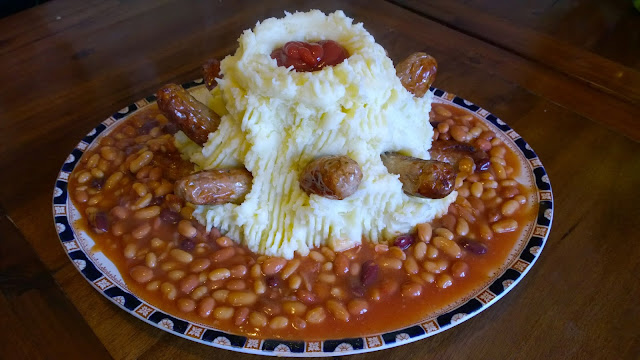 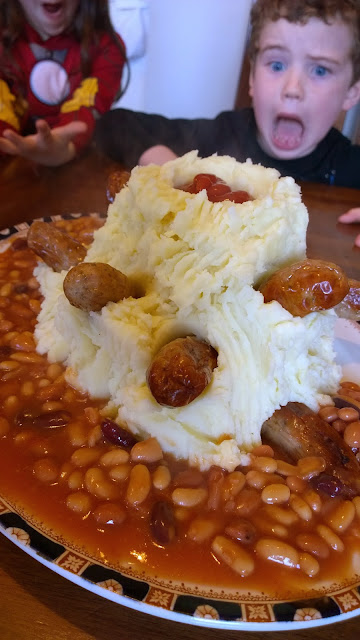 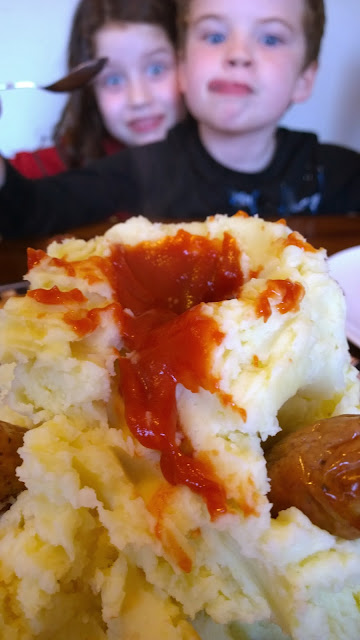 josordoni said…
haha!! Loving the looks on their faces as the ketchup lava flows down the side of the mashed mountain :)

Gin and crumpets said…
They're faces are an absolute picture! Bet this is a dinner that goes down in legend and gets mentioned in speeches in 20 years time.
24 March 2014 at 11:30

Ed said…
this is ace

Food Urchin said…
Alicia - you'll have to come over some time

Gin and Crumpets - I want it mentioned at my wake