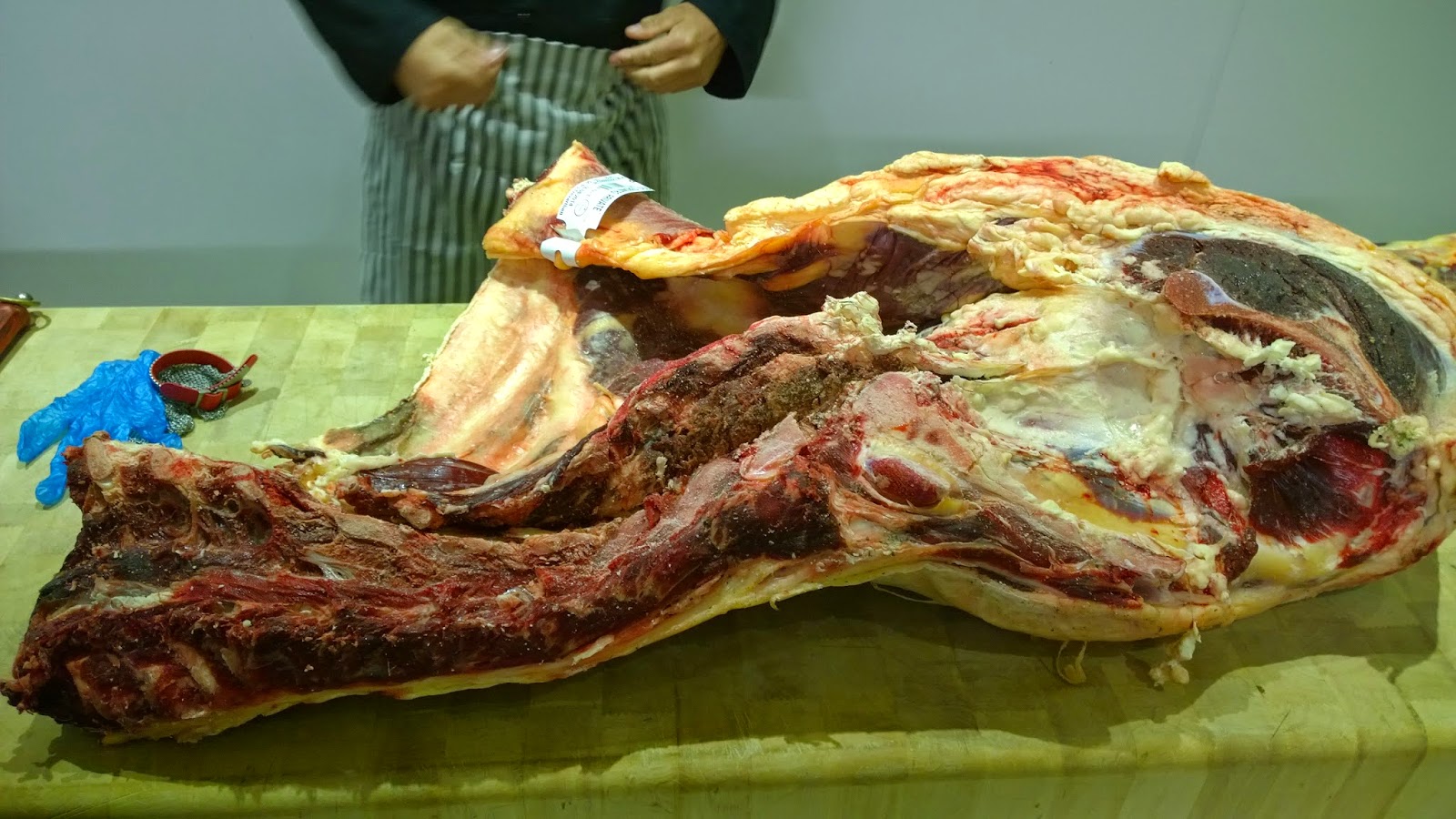 As a guy who takes ridiculous pride in boning a leg of lamb* I just wanted to put up a quickie video post highlighting the majestic skills of a butcher named Frank Lines. Frank heads up a butchery academy down at the Brian Etherington Meat Company which is based near Redruth in Cornwall and I was lucky enough to get to watch him in action at the weekend. I also had the privilege of getting to work on a slab of meat of my own, a huge fore rib of beef and under the close tutelage of Frank, I managed to bone it all out, roll it and tie it into a nifty joint without stabbing myself once. Well, I might have poked my hands with the knife a couple of times but fank gawd for the Michael Jackson glove of knitted chain mail that Frank gave me. Without it, I am sure I would have screamed the place down. Instead, as the blade glanced off my knuckle, I simply shouted "Schmon! Aaow! Hee hee!"

Mastering the infamous 'butcher's knot' also brought a smile to my face but like I said, watching Frank take apart a hind of Tregullow Ruby Red beef was probably the afternoon's pièce de résistance, so do have a goosey at the video below. It should be noted by the way, in case any young buckish butchers should watch this and scoff at the time, that Frank had not long got over some serious surgery. I've got a sneaky feeling that once he gets back up to full fitness, he could probably shave his time in half. And that's without shaving his knuckles.

For more details on Etherington's Butchery Academy and the courses they run, please click here.


*Whenever I serve up butterflied leg of lamb, after say grilling on the bbq, I always make a strong point of letting guests know that the butchery was all down to my own handiwork and as such, I often receive tumultuous applause. However, I never reveal that it normally takes me at least 15 minutes to tease the damn bone out of the thing.