The Travesty of Cold Toast 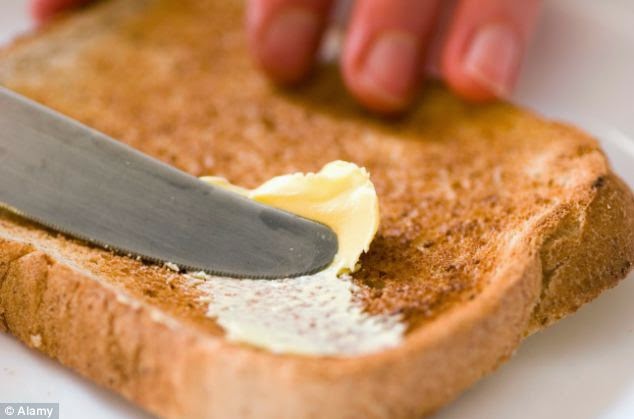 I shouldn't be getting into this. I have lots of other things to do. Other things to write about. Lots of things. I am very busy. Time is money, money is time and all that.

But I just can't let this lie. I discovered something today that is so appalling, I decided that I just had to do something about it. People need to know about this pervading sickness that is threatening to undermine society (or breakfast time at the very least).

So, what's it all about Alfie?

Well, it all started this morning as I mooched around in the kitchen in my underwear, going through the usual rigmarole of getting ready for the day. It's always tough getting going on a Monday, especially if you are trying to shake off the shackles of a mild hangover. I took receivership of a new fridge freezer at the weekend and celebrated by filling the thing with booze and I partied with it until quite late. I was bonding you see.

Anyway, some restorative coffee and toast was in order and I went through my usual process of slapping two slices of Mighty White under the grill; paying close attention with bleary eyes and a slightly aching bent back. It's quite meditative really, stooping and watching bread crisp and brown under the warm glow of a fork-shaped element. Besides, our grill is quite crap, you have to shift the bread around, otherwise you never get an even tan. I then whipped them out, piping hot and slathered some soft butter across with a swish that D'Artagnan would proud of. Using a knife of course, not a sword. I waited a moment or two, watching as the butter melted into the scratched landscape, islands of yellow fat that form cloudy reefs, before slowly sinking away. I then bit into the toast and all was right with the world.

Being the sort of guy who likes to share in his experiences, I then tweeted this -

I don't know about you but I just can't abide toast that has cooled and therefore will not melt butter once spread upon the surface
— Food Urchin (@FoodUrchin) June 23, 2014

- thinking that a) my opinion on this was totally right and irrefutable and b) that everyone would be in agreement with this fact, thus vainly stroking my ego and making me feel like a hundred million dollars.

However, it seems that not all people agree with this. It seems that some people prefer to wait for their toast to turn COLD before spreading butter across, citing that they prefer the crunchy texture of barren, stiffened bread. Some people even went so far as to say that they like to BURN their toast, leave it to cool and then they like to spread a blanket of butter and then jam (or Marmite) so that the whole topping coagulates into some marbleized, miasmic mess.

These people are clearly freaks and should not be allowed anywhere near a fork-shaped element (however inefficient). Or a toaster for that matter. That some of these people pertain to be some sort of experts in food (some have written books, some have even been on the TV) is even more galling. Since when has it ever been acceptable to let your toast go cold? Would you call a crouton toast? No. Would you return and eat a slice of charred bread, left and forgotten for 12 hours? No. Would you do the same with crumpets? No no no no no.

Nicole Waterman said…
I enjoyed reading this post as much as I enjoy HOT toast! I'm in total agreement, cold toast is just wrong!
23 June 2014 at 19:25

ferdiesfoodlab said…
You're right BnB's have been getting away with it for years!! It's usually a giant moment of pleasedness if you manage to get properly good, think, melted buttery toast in a BnB. Cold toast is an abomination, strong words, I appreciate, but just!! : )
23 June 2014 at 20:22

I heart cupcakes said…
Firstly, if you don't toast bread to nearly burnt then it is just warm bread. Fact.
Secondly, WHY would you want the toast to go all soggy and limp with butter that then drips down your chin when you bite it?? The horror
Much more civilised to I leave it to chill a few minutes then slather it in butter and enjoy - drippy chin free. And you get to taste the big chunks of butter. Happy days.
23 June 2014 at 21:41

Food Urchin said…
Nicole - Thank you (I trust I can count on your vote?)

Lisa - and you've realised the error of your ways and now feel forever indebited to me, yes?

I heart cupcakes - MY toast, when warm, NEVER goes soggy and limp. And butter dripping down your chin is one of life's simple pleasures. So there.
23 June 2014 at 22:27

josordoni said…
I always insist at BnBs that they bring the toast AFTER the fryup. Since I have my fried slice with my bacon and eggs, I don't need my toast til I want my marmalade. Ridiculous order to bring it first :(

Otherwise, I guess.. the only cold toast I can think of is Melba Toast - that needs to be cold. Croutons should always be fried, cold toast croutons are just flabby cold bits of flannel.

josordoni said…
I was just thinking... do these cold toast people eat their crumpets without toasting them? Do they eat them cold straight from the packet?

Lisa Cookwitch said…
Lynne, crumpets should be toasted on the bottom til crisp.

I like my toast so the butter is another texture in addition to the crunch. Thane does too, so nyah. Hot crunchy toast is good (see latest olive oil toast photo) but Mighty White made soggy with butter?? Ugh.

G said…
If I'm going to eat the toast that very second rather than say carry it to the sofa or wherever to eat, then I will eat it hot. If there is going to be a delay for any reason, even for only a few moments, then I will usually leave it to cool (but not go stale, and propped upright so it doesn't go soggy) so it remains nice and crunchy.

That said, if you're going to have a toasted crisp sandwich, then its got to be a little bit gooey otherwise its just too much crunch.

Adam Garratt said…
I'm pretty agnostic when it comes to toast politics. I can't lie and say it is a little annoying when the toast burns or that it goes cool because I forgot about it sat on the throne, but I still eat it anyway, and I do like the fact you get a crunchier toast and you can taste the little lumps of good jersey butter (if you have it). But equally I also like a soaked piece of toast with accompanying chin dripping, if I am lucky there will also be some marmite involved. Oh and crumpets are excluded from toast agnosticism, they ALWAYS have to be warm.
24 June 2014 at 19:09

Unknown said…
so... years ago HRH Delia told me that once the toast is ready you should form a pyramid or little house out of two slices over the plate... this way you avoid the toast going soggy on the plate due to condensation building up beneath it and the roof shape also keeps the toast both warm and crispy!... so now you know...
25 June 2014 at 15:41

Anonymous said…
Reading this whilst eating cold toast ;P I can't let it melt into it, it's too sweet!

ADiaryOfMyLife said…
I am so with you. Restaurants don't even give you the option - they have a knack of cooling toast in seconds.
25 August 2015 at 10:11