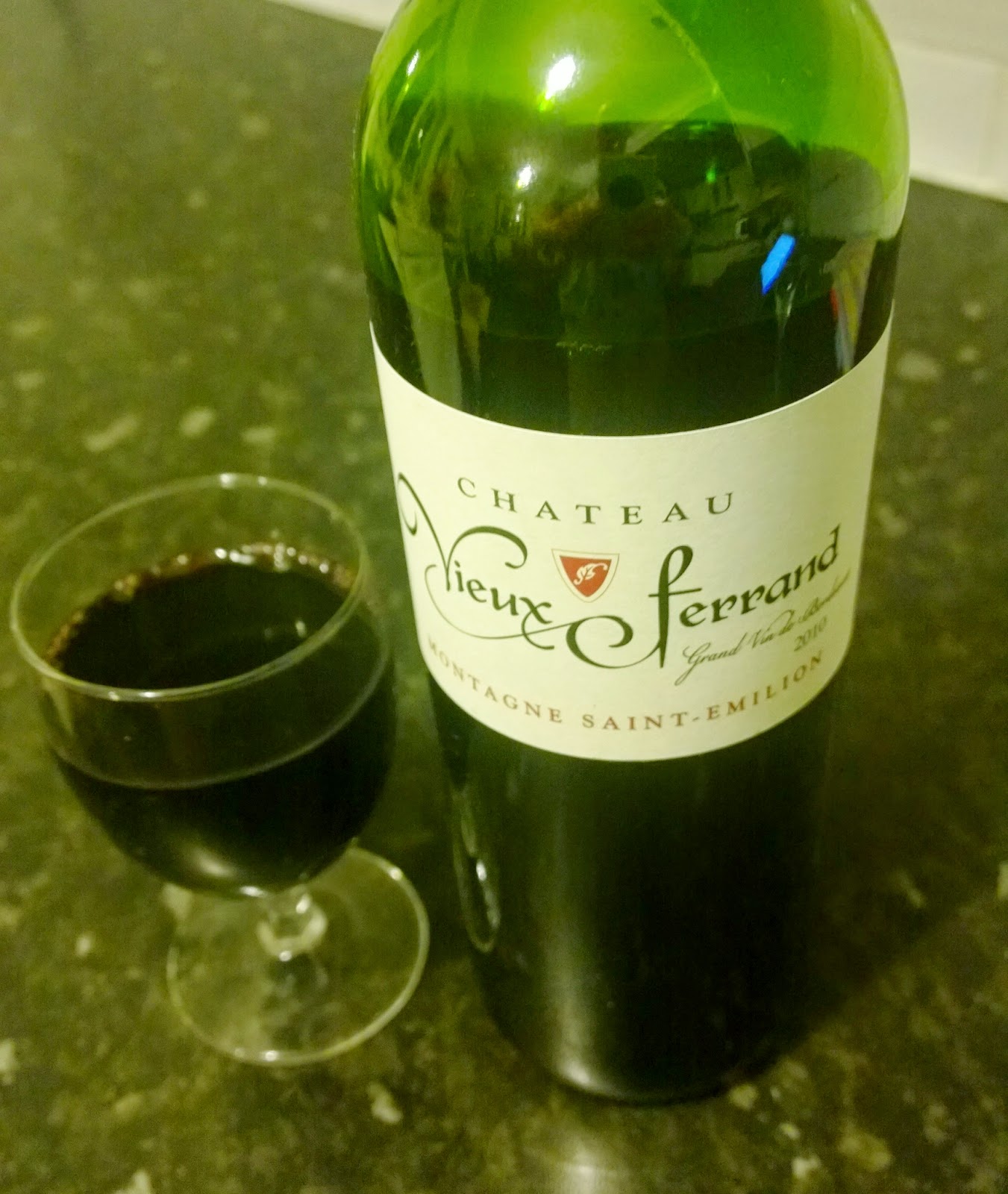 Does expensive wine ever maketh the dish? And by that I mean, if you are going to cook with wine, should you splash out on a decent bottle to stick into the pot? Or should you just plunk for an economical bottle of plonk? Speaking as someone who in the past has poured the best part of twenty squids over stewing steak that only cost me a fiver, it can still be a bit of a puzzling quandary. I mean, after serving up that said bourguignon, I looked around the table and waited for faces to melt into frames of delight and a chorus of rapturous applause but nothing happened. People were complimentary for sure. It was very "nice", "tasty" and "delicious" even. But no-one slid off their chairs and fell onto the floor in a spasm of orgasmic joy. I wanted to grab them by their lapels and ear lobes and shout "I spent £19.95 on the Cote du Rhone that went into that, you ungrateful motherfunksters!" But I am sure my father-in-law would have punched me in the face if I tried a stunt like that so early into our blossoming, familial relationship.

That was then though and now I think my general train of thought is that even a splash of the most unassuming and frugal wine (i.e. cheap) is good enough to lift a dish. And I say this with confidence because I have spotted many a box of catering glug tucked away on shelves in restaurant kitchens. Clad in white cardboard and plainly labelled 'cooking wine' it obviously serves its purpose and when you consider the margins, well no-one is going to be spunking the good stuff are they? Plus, why on earth would you cook the bejesus out of something that is going to taste so much better unadulterated? Even more importantly, there be alcohol in that there wine. So yes, these are my thoughts........

.......however, I can still get all knee-jerky and twitchy whenever the subject of 'cooking with wine' arises. After making enquiries on Twitter* a couple of weeks ago, on how to make Coq au Vin (because I have never made this classic before) a few of the suggestions that came back said that I should absolutely, unequivocally and on pain of death use the finest wine possible. You know, like available to humanity.

Which pained me. It really did. So much so that I spent an inordinate amount of time pacing up and down the kitchen, wondering what one must do about the situation, with much hand wringing and  brow furrowing. In the end I opted for the middle road and pulled out a bottle of Montagne Saint-Émilion that I had been given to try. This bottle of Merlot came from Lidl no less, one of the German twin sisters that is currently kicking the big supermarkets square in the cream crackers and they are obviously upping the game with big additions to their wine cellar. You can now wander into a Lidl store and pick up a bottle of Bordeaux for £25 these days don't you know. Which does belie the original incentive of going in to pick up cheap fruit and veg, continental meats and drill bits but I suppose it only goes to show how far they've come along.

Anyway, after having a quick taste, a rich slurp of plum with spice and just a smidgen of oak, I thought to myself - "What the hell, this might cost £8.99 and would probably be better to drink on a cold and damp Autumn evening, in front of the fire but I don't have a fire and I want to make sure this chicken dish tastes delish, so ....fuck it." And so in it went.

I didn't go the whole hog with the coq thing by the way, buying a tough old bird for the pot. I just went for plain ol' chick'n; free range of course, using a recipe by some guy called Arby. The end result, after marinating overnight and some faff with toasting plain flour, was pretty damn good and if you haven't made coq au vin before I would wholeheartedly recommend you try Arby's method. My plating up left a little to be desired in the presentation stakes but blimey, red wine with chicken, mushrooms, bacon, mash and gravy; who'd have thought that could taste so gorgeous eh? Talk about ask a silly question. Still, maybe part of that was down to using a decent bottle of wine. It is definitely something that I am going to consider more in future.

The twist in the tale of course is that I was also sent a bottle of rather lush Fleurie, a fruity and fresh Gamay from Burgundy that retails slightly cheaper at £6.49. So we poured out a couple of glasses to accompany the casserole and much happiness was delivered to the table. But if you know your wine and know your way around regional French cuisine, you might have already spotted a glaring mistake.

I wonder if you can tell me what it is?

* I often get told off for making general food enquiries on Twitter with many people barking back that I am lazy and that I should simply use Google. Those folk can do one, because Google doesn't converse with you like Twitter does. And I much prefer that.
Labels: chicken wine writing