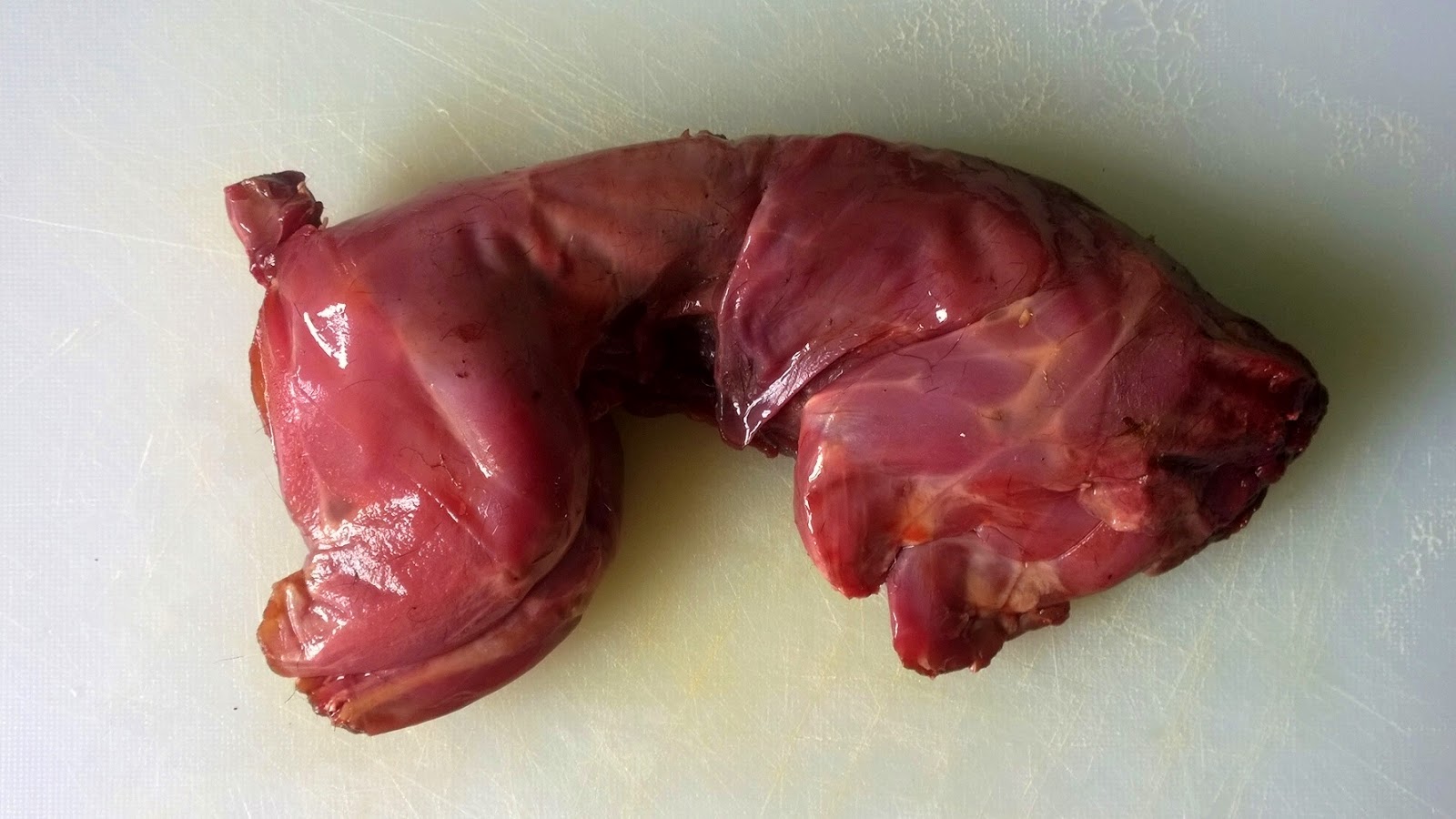 One well known trick that I have in my repertoire of culinary skills - of which there are many, I can peel a grape in under 2 seconds for instance - is the art of hiding food within food. Parents or partners of fussy eaters will know what I mean by this. Like adding a sprinkling of finely chopped carrot and celery here and there, into spaghetti Bolognese or lasagne. Coating steamed broccoli and cauliflower with cheese or masquerading fresh fruit with cream and chocolate. Essentially it’s a play-off and probably a bad one at that. But if I can pack those vitamins in without any sign discord at the table, then so be it.

This trick of hiding or disguising food is also useful in helping people overcome their prejudices. I have been tinkering around a lot just lately, with one ingredient in particular and a couple of the responses have been far from encouraging. “How could you?” “What? Like the ones we see in the park?” “So, you are eating rodents now are you Dan?” These are just a few of the comments that have come my way. Mostly from my Mum. But I think I have cracked it with this recipe. Well I know I have cracked it because I served her this potted dish last weekend and got some very enthusiastic feedback.

“Wow, this is good. Gamey but good. And I like the texture, bit like a rough pâté or um….like rillettes? Is that how you say it? What is it anyway? Pheasant? Rabbit maybe?”

“Squirrel Mother, you’re eating squirrel,” I told her. Like Kiefer Sutherland in The Lost Boys.

She is still talking to me, but only just, which only goes to show how emotive we can be with our attitudes towards to certain types of meat. Cow, moo, beef, yes. Furry woodland creature, squeak, Disney, no.

Whether I have convinced her that squirrel is the way forward remains to be seen. However I do urge people to try squirrel, as it really is a lovely, sweet, alternative source of protein to eat. I know Pascal Aussignac is a fan of this sustainable meat and they are becoming a lot easier to come by. I get mine from Brompton Food Market but most butchers should be able to find them for you these days.
So try this quirky starter and try to put saccharin images of squirrels washing up or gaily collecting nuts to the back your mind. Whilst you are at it, try and put images of that squirrel showing its nuts off on The Great British Bake Off towards the back of your mind too.

Because that really will put you off your tea. 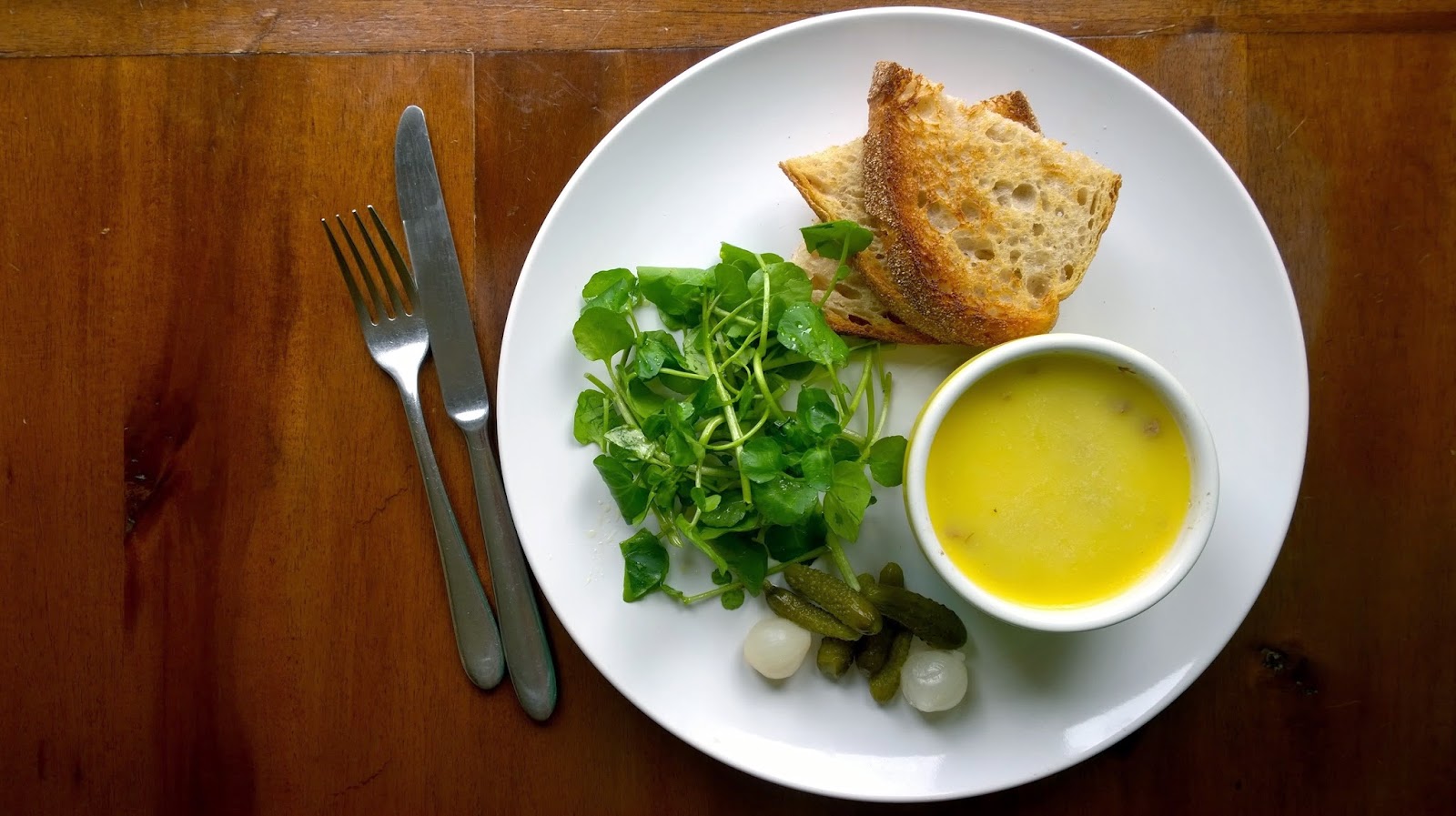 Now I use a crock-pot for the first stage of braising the meat but you could also use a casserole and your oven on a very low setting, say 120C. The choice as they say, is yours. But yes, start by layering the bacon down first and then add the jointed squirrel and then scatter over the remaining vegetables, spices and herbs. Season generously and then pour over the cider. Set the crock-pot to low, cover and then leave for 6-8 hours. The principle point here is to melt the bacon into submission and cook the squirrel meat until very, very tender. 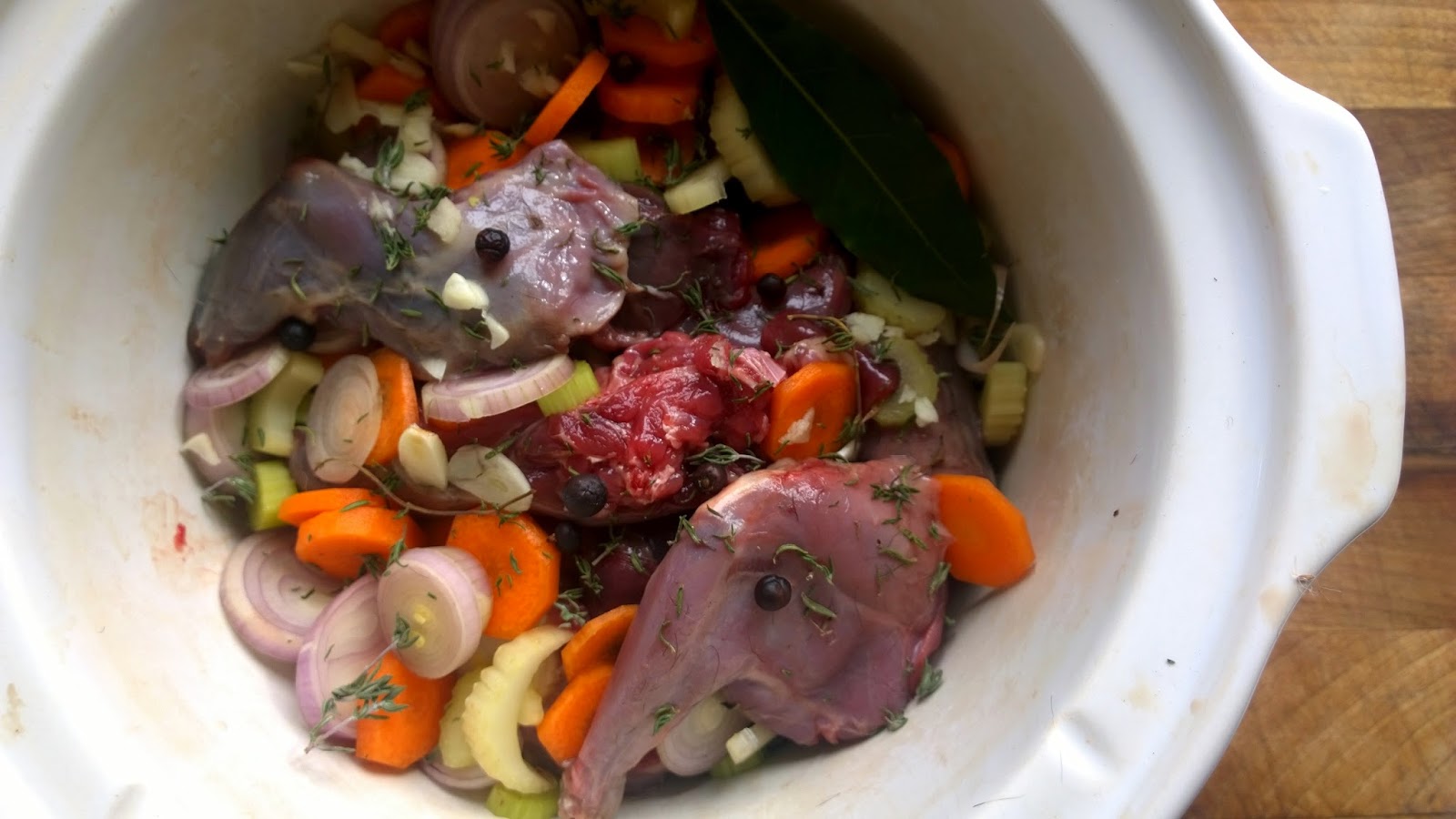 Leave to cool and then pour off through a sieve, reserving some of the cooking liquor. Take the squirrel out and as much of the bacon as possible and then, using your hands, pick the squirrel meat. This is a little bit fiddly and time consuming but you want to make sure that no tiny bones remain. So pick over a metal bowl and listen out for any pings. 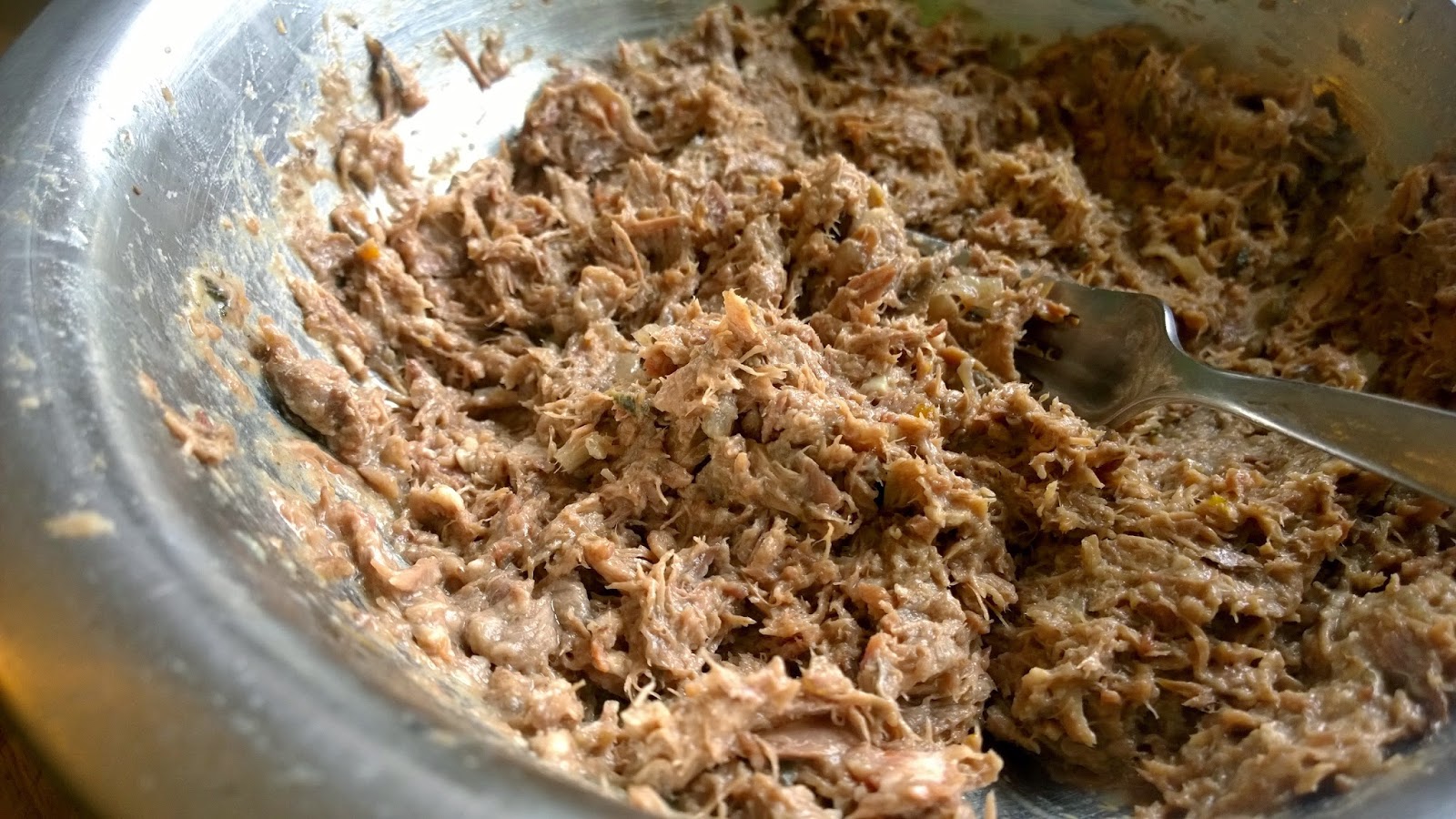 When you have removed all the meat, combine with the bacon and mash together with a fork. You could stick this in a food processor if you wanted a smoother pâté but I prefer it rough (no giggling at the back). If the mixture is a little bit dry, add a spoonful of leftover liquor but not too much.

Spoon the mix into ramekins and put to one side. Take your block of unsalted butter and clarify by heating and melting in a saucepan on the hob, skimming any scum that rises to the top, whilst the chalky deposits fall to the bottom. The golden stuff in-between is what you are after. (To save on time and faff, you could also buy some Lurpak Clarified Butter) 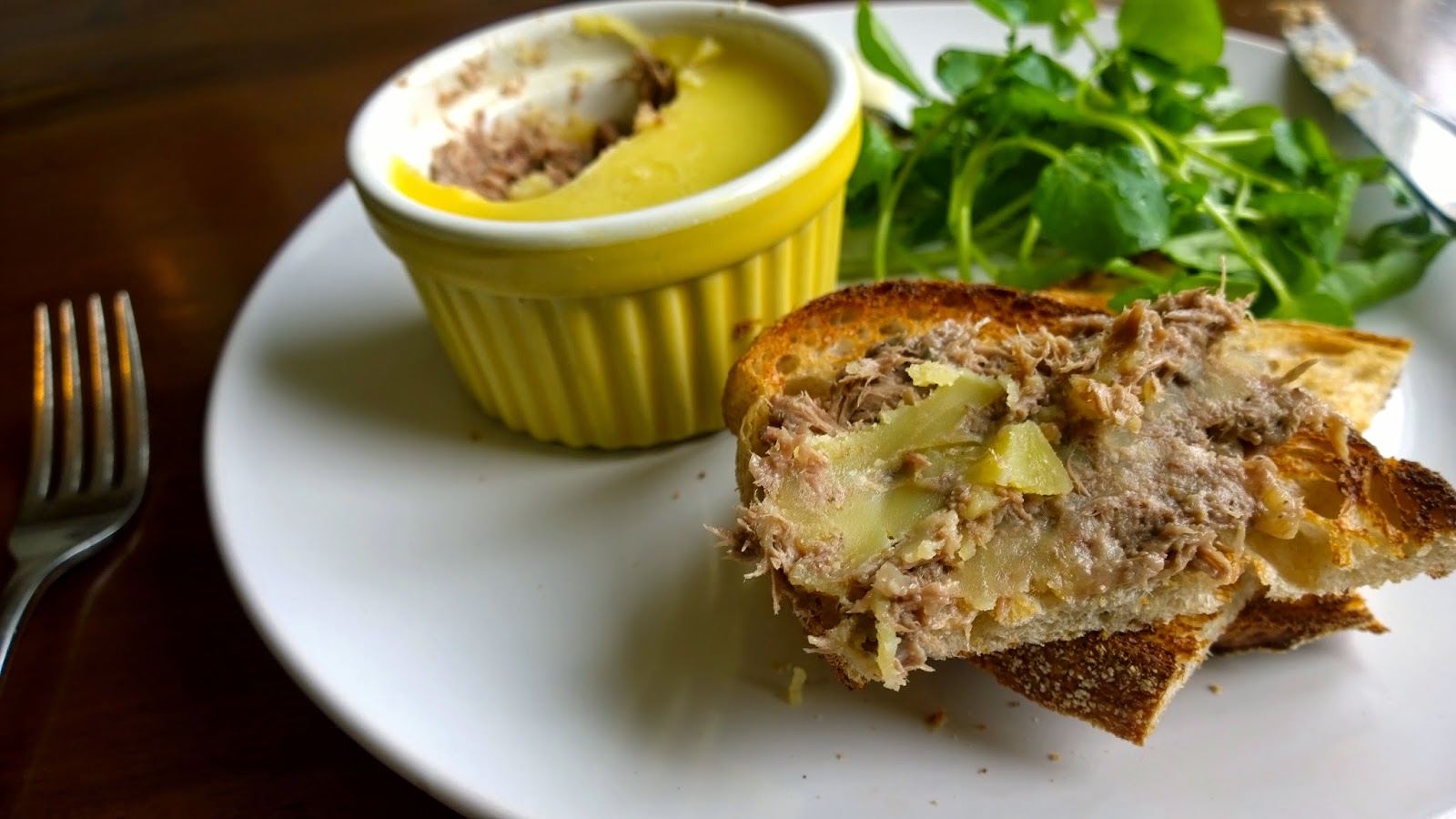 Carefully pour the clarified butter over the top of the squirrel, leaving just a thin layer and place in the fridge to chill for an hour.

When ready to serve, toast your sourdough and dress your watercress lightly in olive oil and arrange on a plate with the potted squirrel and a scattering of pickles.

NB - IMPORTANT! TAKE THE RAMEKINS OUT OF THE FRIDGE AND BRING TO ROOM TEMPERATURE BEFORE SERVING, OTHERWISE THE BUTTER WILL NOT MELT ON THE HOT TOAST. AND YOU KNOW HOW I HATE THAT. 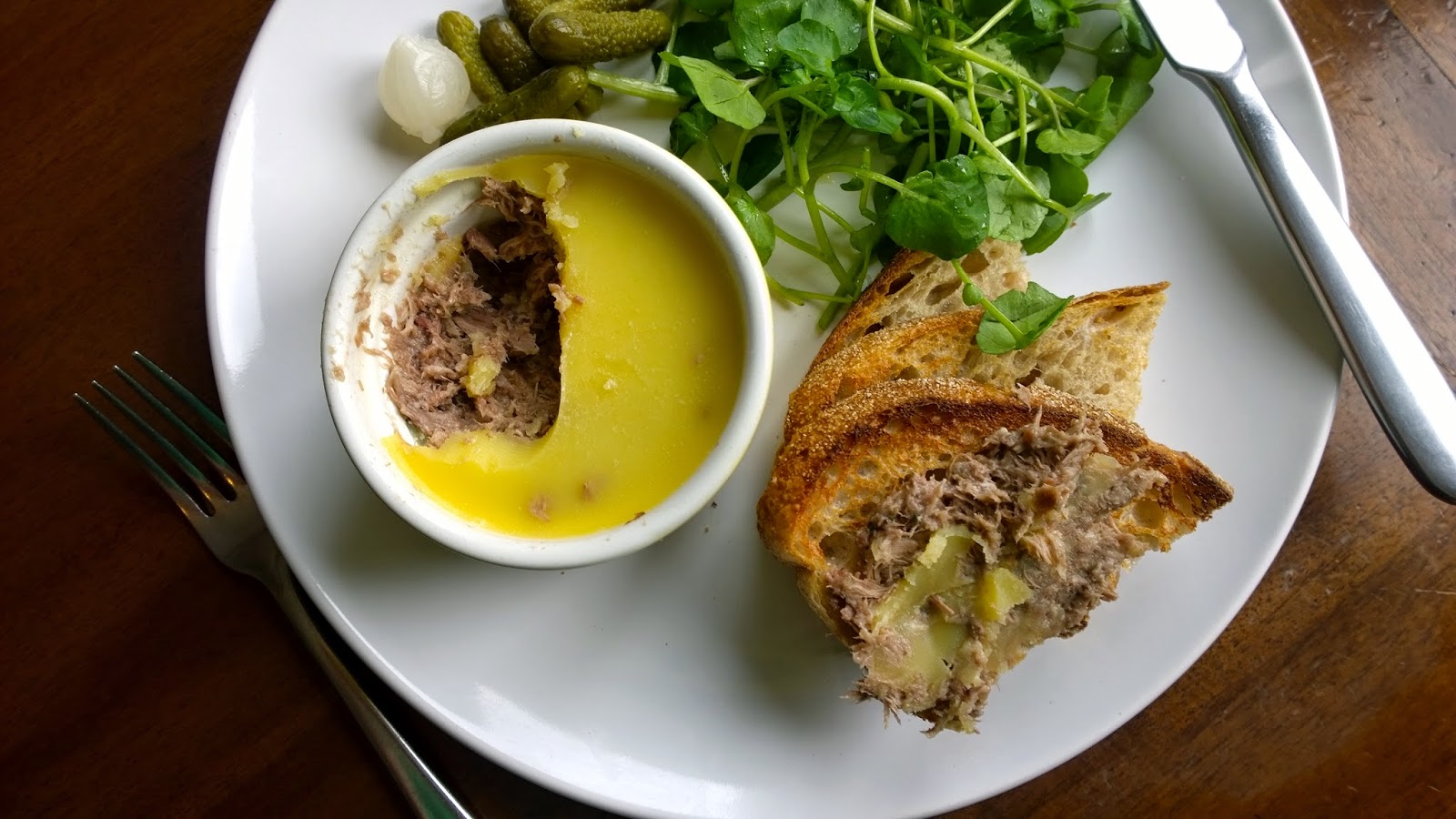 Food Urchin said…
belleau kitchen - it would be a good place to start Dom, get your squirrel in today
12 November 2014 at 08:54