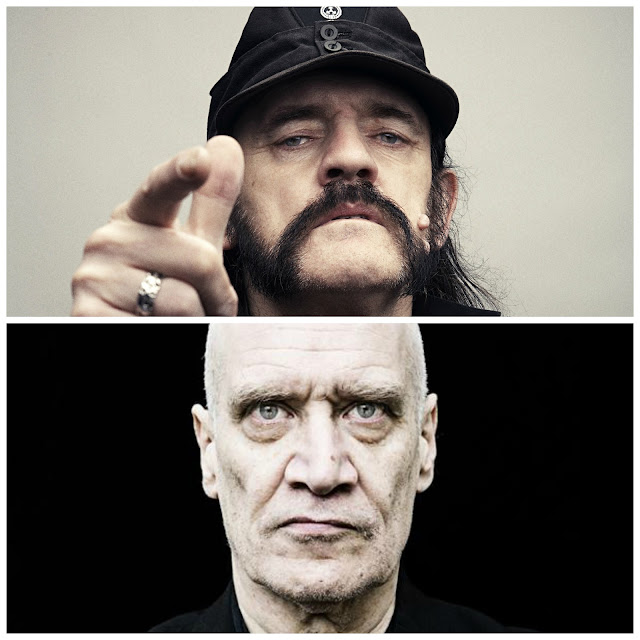 Just before Christmas, a PR got in touch with me about a campaign that had been devised to bring strangers together; under the guise of initiating a conversation with someone out of the blue, in a pub somewhere, and sharing a pint or two . Naturally, a certain pub retailer/brewery was involved and at first, I have to admit, I liked the sound of the idea. 'Yeah, I could do that,' I thought. We don't talk enough do we? As a nation I mean. To each other, on trains, in doctor's surgeries and trailing in supermarket queues. I was also bolstered by recent experiences at my new local micropub The Upminster Tap Room, where conversation with strangers is actively encouraged by the absence of music, an intimate environment and the banning of anyone using their phone. The excellent range of beer and food in there also helps (and I must write a proper review of the place soon) so it all looked like it was going to happen.

But then it didn't. Because? Well, I am rather a halve-arsed sort of sausage, with a very short attention span and the whole notion sort of frittered away under the festive deluge. Plus I was watching a lot of MasterChef: The Professionals, which took a lot of concentration in December and putting of words together. Some of which were not necessarily in the right order. Or spelt corructly (sic). A resolution has been born out of this though and I really am going to make an effort with this blog in 2016. Seriously, I mean it.

Going back to the chatting with strangers thing though; on reflection, I am quite glad that I didn't go through with it all. For there are some nutters out there and I would like to regale a little episode that happened to me over New Year. We were down in Dorset, just outside Bridport and spending some quality time with dear friends and on one of the days, we had booked ourselves in for a meal at the local The Three Horsehoes. Unfortunately, fatigue had set in big time so we decided to cancel and I tried to do the dutiful thing of calling up. The phone line was constantly engaged though, so my mate and I had to wander down some muddy country lanes to cancel in person. And of course we had to have a quick pint in there. I mean you have to, don't you.

It was rammed, which was nice to see but once the job was done, we picked ourselves back up and headed for the door and on the way out I spotted a Motörhead t-shirt, so I casually said to the owner  "Shame about Lemmy, eh?"

The owner of the t-shirt, who interestingly looked like Wilko from Dr Feelgood, simply stared back at me and there was a long, uncomfortable pause. Suddenly, he barked back in my face, in full on west country burr "I'VE SEEN THEM YOU KNOW!" To which I just nodded and tittered nervously.

"ALICE COOPER WAS SUPPORTING THEM!" he continued, with a wild glare. To which I began to silently soil myself.

"THEY WERE PROPERRR ROCK UN ROLLLLL!!" he screamed. And with that, I just ran out of the pub, not unlike a soak who had gone on holiday by mistake.

He probably was a very nice chap, slightly mischievous and saw in me, a soft London eedjit to have a game with but it has put me off talking to unusual looking men in public places. What is it they say about stranger danger?

Still, we managed return to The Three Horseshoes and have a fantastic meal there. After I sent my wife in to have a proper scout around first. Their Sunday special of 12 hour roast sirloin with all the accouterments was certainly special and I would highly recommend the place, should you ever find yourself in that neck of the woods. The fresh fish and seafood from Samways, a fishmonger based in neighbouring West Bay was also excellent. I haven't had oysters in a long while and I don't know exactly where they sourced them from (again, being far too timid to ask) but the natives they sold were beautiful. Meaty and fresh, with a fine mineral flavour coursing through and just a touch of cream. Gorgeous. And the cloudy cider, Old Rosie, bought from Morrisons, was equally equitable; raising plenty of laughs and the odd headache or three.

The best part of our visit though was time spent on the beach. Obviously, the weather has been terrible recently and parts of the Jurassic coast have definitely taken a battering. But we had one final, clear and magical day that was spent running back and forth, up and down the shingle, away from the fierce foam that smashed towards us. It was simple stuff, letting the sea chase us for an hour or so but the frenzied giggles and beaming smiles that it provoked from the twins will remain with me always.

So my proper resolution is to store some more of those memories up in the bank in 2016. Call me sentimental but those moments in time are priceless. 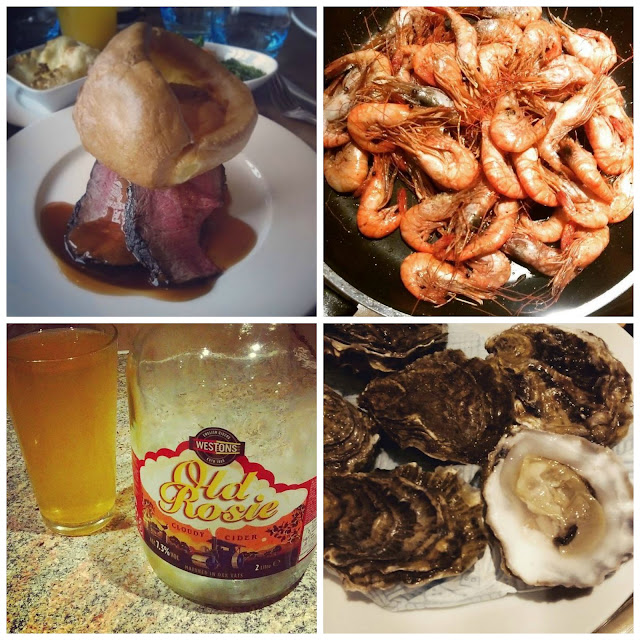 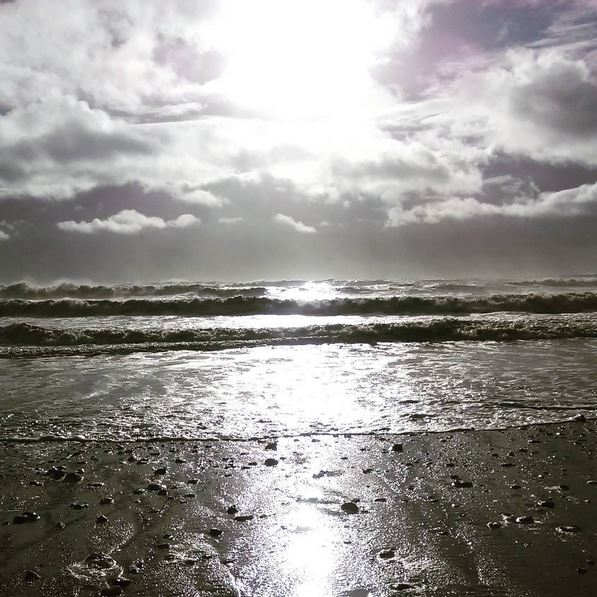