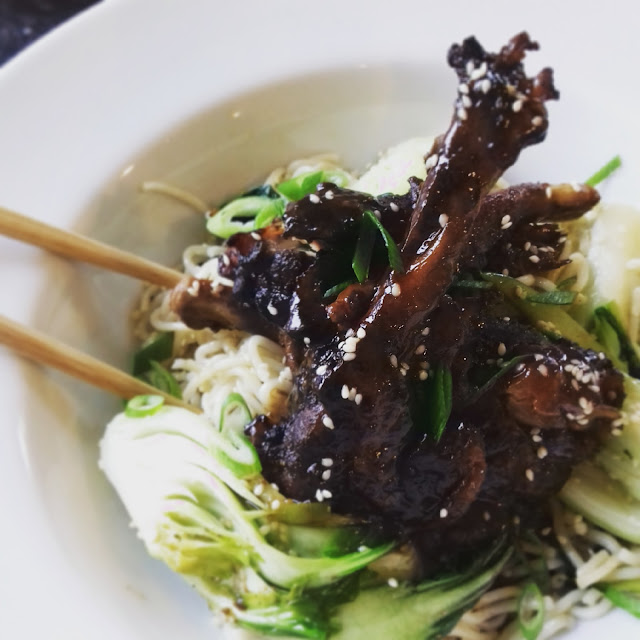 Time has become a valuable commodity of late. Saying that, isn't time always valuable? But still, it has been in short supply lately, as I seem to be spending most of my time running about the place like a loon. Doing lots. But in essence, not getting much done.

Short cuts have been made to help me out. Each night, before I go to bed, I assemble my jeans by the side of it; stacking them so that the legs sit neatly atop a pair of shoes, with socks already inside. An upright, concertinaed pair of Levi's basically. My shirt or sweater hangs down from the ceiling, on a hanger attached to a string on a hook. A jacket is draped over the end of the bed and my wallet, phone, and keys will be there, ready and waiting on my bedside table.

Then really, it's just a case of leaping out when then the alarm goes off. A quick slip into my jeans, socks and shoes. On goes the shirt or sweater. On goes the jacket. Wallet, phone and keys get dispensed into various pockets. I then simply open my bedroom window, kiss my wife goodbye and jump out, landing on an old mattress that I keep in the front garden to break my fall. And then I start sprinting to the train station. Smelling faintly, because I haven't bothered showering. With awful morning breath, because I've neglected to brush my teeth. And without any pants on. Because I usually forget to put some pants out the night before. But no-one ever needs to know about the pants, OK? That's between me and you. This is a time saving exercise and time is money.

I have also been making some efficiency drives elsewhere in my life, to make the most of these fleeting minutes, hours, days, etc. One of which has been to employ some ready made ingredients about the kitchen, so that I can quickly assemble a hearty, tasty and delicious meal, in around 25 minutes.

You see, school finishes at 3:15. We get home usually at 3:45. Stuff like Brownies and Cubs starts at 5:30. And so there really is only about an hour and 15 minutes to spare. Which is more than enough time I hear you say, to make a meal from scratch. But no, it isn't.

Because you have to deal with 10 minutes of general chitter-chatter/whinging, 6 minutes on the phone to the bank, 4 minutes trying to find the remote, 2 minutes telling the boy not to flick blu tack at his sister, 7 minutes emptying the washing machine, 10 minutes ironing Brownie and Cub uniform in a desperate attempt to get it dry again. AND THEN! You need to allow about 15 minutes supervising math's homework. Which all comes to like, one hour and 26 minutes. Or something. I don't know. I am really rubbish at maths and I am always late for Brownies and Cubs. 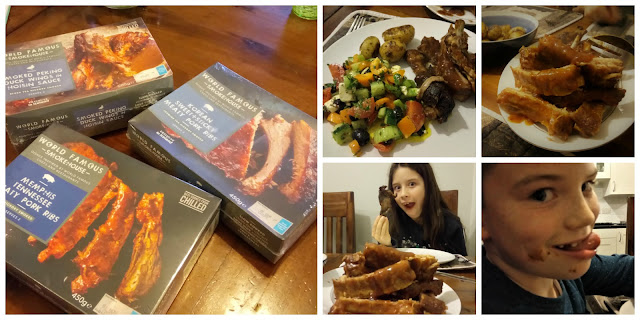 So, when the likes of Iceland, popped up with a new range of products, such as their new slow-cooked 'World Famous' collection, it ticked a lot of boxes for me. The biggest sell being that it has a 'chilled life'. Rather than sticking straight into the freezer, you can put a box in the fridge (where there is invariably more room) and once defrosted, you have up to seven days in which to cook the contents inside. Very handy that. The range itself skips through the light fantastic from spicy Korean baby back ribs and tender rosemary and garlic lamb, through to rather generic pulled pork. Basically covering all the kind of stuff that takes up hours of cooking. The kind of stuff I tend to reserve for the weekend. When I like to braise a rolled shoulder of hogget for instance; on a bed of onions and thyme, at 110C overnight. Waking up hourly as a result of the scent, is a bit of an issue. As is having to change pillows soaked with dribble. However, there is no time for that sort of behaviour in the middle of the week.

As a family, we've tried a fair bit of the range now but the absolute favourite has to be the black tea and hickory smoked duck wings in hoisin sauce. Chicken wings often raise a chorus of approval in the house but these duck wings are, in the words of a fellow blogger, a 'game-changer'. Sticky and glorious, with notes of aniseed and chilli to bounce about the place, the dense, succulent meat is great for pairing up with cleaner, crisper flavours. Inspired by noodle expert Meemalee, I tried them out last night with stir-fried pak choi, spring onion, sesame seed and of course, ready to cook noodles.  It was all straightforward really but the combination hit the spot and best of all, it took hardly any time to make.

I found it quite relaxing actually. Whilst all was going off around me, for the first time in ages, I finally found an hour or so of respite. Sitting there, with my belly full, stated and safe in the knowledge, that no-one else in the room would never ever know, that I wasn't wearing any pants. 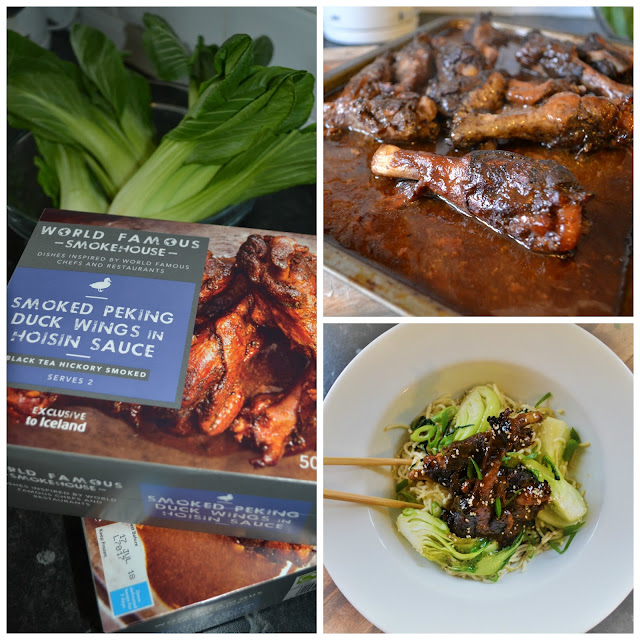 Heat your oven to 180C and empty the duck wings and sauce into their trays and place in the oven for 20-25 minutes, turning them over halfway through.

If you have a lot of sauce left after this time, take the wings out and keep warm and pour the sauce into pan and reduce further on the hob until thick and gooey.

Place a wok or large frying pan on the hob, over a high heat and warm through both the groundnut and sesame oil and the add the pak choi, stir frying briskly for 1-2 minutes, then add the sliced spring onion and half the sesame seeds. Stir fry for another minute.

Then add the ready-to-cook noodles, a splash of rice wine vinegar and continue to stir fry for another 1-2 minutes over a high heat.

Divide the noodles and pak choi into for bowls and arrange the duck wings on top.

Finish by drizzling the thickened sauce over the duck and sprinkle over the remaining sesame seeds and shredded spring onion leaf. 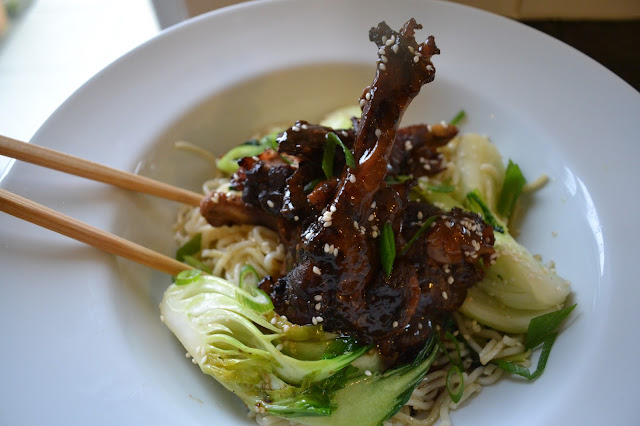