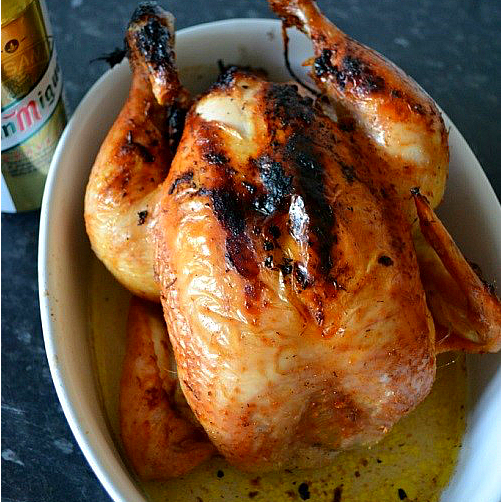 Over the years, I like to think that the neighbours have finally got used to my culinary and somewhat pyromaniacal exploits in the back garden.  In the early days, I am certain that there was a fair amount of curtain twitching going on and I am sure there was the occasional gasp or two.  It’s strange but when a fence is going up in flames, as you as anxiously flap around trying to put the fire out with a dribbling hosepipe, the sensation of nervous eyes watching, boring into the back of your skull is quite palpable.  However, such transgressions are soon forgiven if you hand over a plate of succulent, slow-cooked meat a few hours later. With the keen explanation that you were simply roasting a whole lamb underground. It also helps to humbly acquiesce and agree that should you ever wish to try such an experiment again, the pyre and pit for an Imu will be situated well in the centre of the garden in future.

Still, I think the neighbours are pretty used to my endeavors in the great outdoors now, as I have launched into pit-barbecuing a few times since then (away from combustible fences). I have also done plenty of cooking on wheelbarrows and with makeshift spits, as well as lots of regular barbecuing and there hasn’t been even the merest batting of an eyelid. However, over the last Bank Holiday weekend, I think I might have got people whispering again after giving 'Beer Can Chicken' a whirl.

Here is the unconventional method I employed, let me know what you think.

Now before I go on, a lot has been said and written about beer can chicken. The faithful say that shoving a beer can up the backside of some poor, unfortunate bird is the best way to guarantee super-moist meat and crispy skin. Yet some naysayers suggest that it is simply a gimmicky trick, bringing no real benefits and fundamentally amounts to a waste of beer. Which to some; is a bigger crime than the application of the can. And from the outset, having done a bit of research, I was in two minds as to whether I should bother with the whole shindig. But being the sort who prides himself on trying out strange and quirky recipes, I felt that my credentials would be a stake, if I didn’t try out beer can chicken at least even once.

The main problem I faced was that my BBQ doesn’t have a lid. It’s one of those open, drum type kits best suited to frazzling burgers and sausages for birthdays, christenings and funerals. Although that said, I am fond of cooking butterflied leg of lamb straight on top of the grill, like a proper connoisseur.  But the hurdle of roasting the chicken indirectly remained. So I came up with the idea of closing up the drum with foil. Lots and lots of tin foil. To be wrapped haphazardly around the grills and then set down on the bottom rung to seal the heat in. I left one corner of one of the grills open and free to the fiery elements, so that the chicken could actually cook.

The next step was very simple. I took some charcoal, some matches, some newspaper and some kindling and I did what I do best. I set fire to everything. And with the aid of some vigorous swooshing with a dustpan, I soon had the required white-hot coals. Please note that I cleared an area for the chicken, so that it didn’t get singed to smithereens during the whole process.

The first hiccup came with my choice of receptacle to contain the heat over the chicken. Having marinated my free range chook overnight in a paste consisting of paprika, garlic, brown sugar, thyme and a little olive oil with seasoning, I proudly plonked the bird over a half empty can of San Miguel. And then took out my stock pot and immediately realised that the pot was not big enough. Or certainly not tall enough to cover the chicken. Schoolboy error really.

After frantically scrambling around in the kitchen, looking for something, anything, that was big enough to cover the chicken, I settled for our mop bucket. Which is made from galvanised steel and is therefore fairly retardant against heat. After giving the bucket a quick wash and a good scrub in the sink, I then ran out in the garden to smash its handles off with a club hammer, so that bucket would lie flush on the foil. Which I think garnered the attention of the neighbours or rather, the lady of the house next door on the left. And essentially, this is what she set her eyes upon when she popped them over the fence.

A strange set up, to be sure. After all, you don’t see many people cooking on a BBQ, covered with foil and bricks (to weigh the grills down) and an upside down mop bucket.

Despite her attention, I diligently went about the business of stuffing foil around the side to seal the heat in and snapped away with my camera, proud of my achievement so far. She disappeared back inside anyway, as I think she quickly lost interest, leaving me to go fetch the chicken. Worried that the chicken might topple over when inside the mop bucket, I also decided to secure the bird further by inserting some well-placed skewers and then I whacked the makeshift pot on top. At this stage I felt quite confident and happy that it was going to work.

And it did because after a short while, lots of sizzling sounds began to emanate from under the mop bucket. At one point, sensing another photo opportunity, I dully whipped the bucket back off to reveal a steaming upright chicken, sat squat atop a can of beer, sporting what appeared to be a pair of horrific looking nipple rings.


It looked terrible. Perverse even. And it was at that stage in proceedings that I hoped to God that none of my neighbours were looking because if they had seen this image then I would have been done for and singled out as the neighbourhood weirdo. But I also felt if the chicken had toppled over then the whole project with have been for nothing, as the strict rule throughout (according to what I’ve read) is to keep the chicken upright for it to work. Fearful of reprisals, I slammed the mop bucket back over the chicken for the last time and walked off with a casual whistle.

I am glad to say that after an hour or so, the chicken was done. It was slightly burnt around the bottom in places but the juices ran clear after piercing (with a knife in between thigh and breast) and I was satisfied that my DIY effort had worked. Getting it off the BBQ and back inside was difficult though, what with the heat and trying to free the damn thing of its masochistic jewellery. Eventually, I ended up tossing a thick tea towel over the chicken and with both hands yanked it off the grill and ran inside t the kitchen. As though I were escorting a criminal away from the press.

After resting for about 15 mins, the chicken carved up beautifully and the much vaunted praise for juiciness rang true. There was nothing dry about this chicken apart from the crackle of skin and hint of smoke. I served the meat up with a griddled asparagus and courgette salad along with some roast potatoes, sprinkled with chopped parsley and garlic and everything was delicious. Eating in the garden on a balmy, sunny late afternoon made everything even better but I couldn’t help but feel just a little bit paranoid when observing the stillness of the surrounding houses. I was sure that in some, tongues were waggling into mouthpieces, talking about what I had just done.

In summary, I would say that beer can chicken is a fun, unusual and reliable way to cook but I can’t help but think that it may also be a step too far. Especially as the neighbour on the left hasn’t been able to look me in the eye since last Sunday.

This post is actually quite old and was submitted to a website in 2013 but has since disappeared. I stumbled across the copy and photos recently and thought it was a shame that it wasn't out there anymore, so to speak.

So here it is on FU, to stay.
Labels: chicken fun recipe