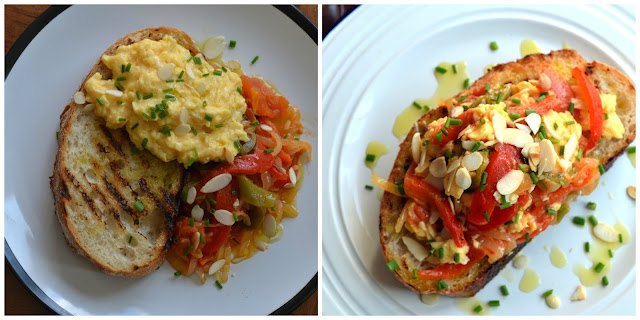 This is another recipe post from out of the woodworks and comes in the shape of piperade; a typical Basque breakfast, enjoyed near the slopes of the Western Pyrenees, that settle between France and Spain. Yes, that huge, feck off mountain range that conjures up an amazing confluence of culinary influences and also houses the very small country of Andorra. Whose football team we are very good at beating. But only because it is marginally smaller than Iceland.

Combining a classic and popular pairing of eggs and tomatoes, this is quite similar to the universally Instagrammed 'shakshuka'. Which incidentally, is also Sean Connery's favorite breakfast. This is slightly different though in that the eggs are scrambled, rather than baked or fried. As such, you have a choice of going down two routes in the morning; messy or refined. It’s up to you. So long as you have plenty of chewy, toasty bread to mop up with. Traditionally, this dish would be accompanied by some cured meats, such as jamon or chorizo. But just to lighten things a touch, this recipe calls for a sprinkling of toasted almonds and a peppering of fresh, green allium herbs in form of chopped chives.

Personally, I prefer the messy approach but when I made this recently, I did actually end up plating and photographising two separate versions. Because I thought the one on the right would look better on the aforementioned Instagram.

Dear God, what has become of me? 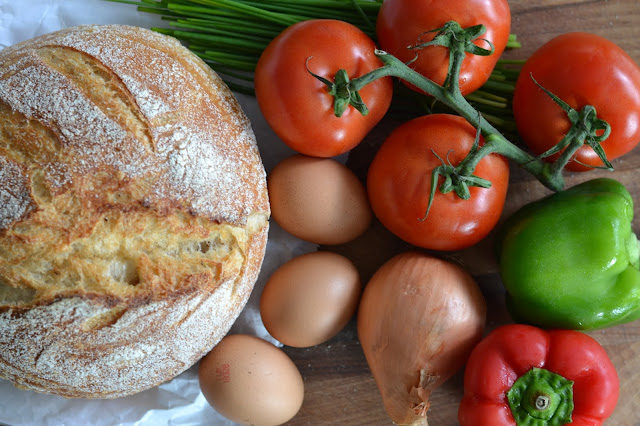 Piperade - serves two. So simply double up for four (I am a maths genius) 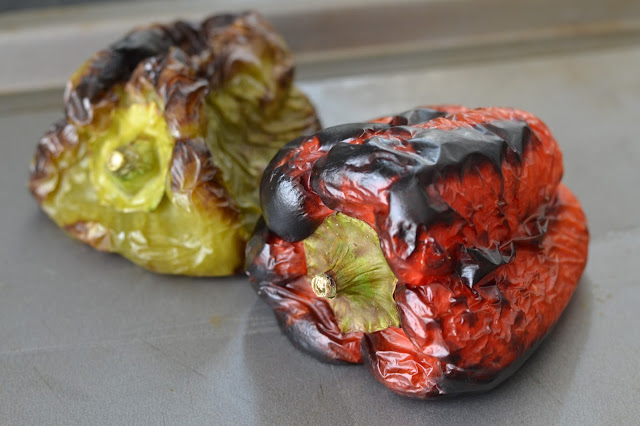 First roast your peppers, either by sticking them under the grill or on the top of the hob over a naked flame. Turn regularly, so that the skin chars and blackens all over and then put to one side to cool.
Place a frying pan on the hob over a low to medium heat and heat the oil, before adding the slices of onion. Fry and stir gently, until they become soft and golden and then add the garlic, continuing to stir for another minute or two. Then add the tomatoes and red wine vinegar. Turn the heat down a touch and cook gently, until the tomatoes become very soft and there is very little juice left.

Whilst that is cooking down, peel the peppers and remove the stem and seeds (they will be quite juicy) and then slice the flesh into strips. When the tomatoes are just coming towards the end, throw the strips on top and mix in and then place to one side to keep warm. 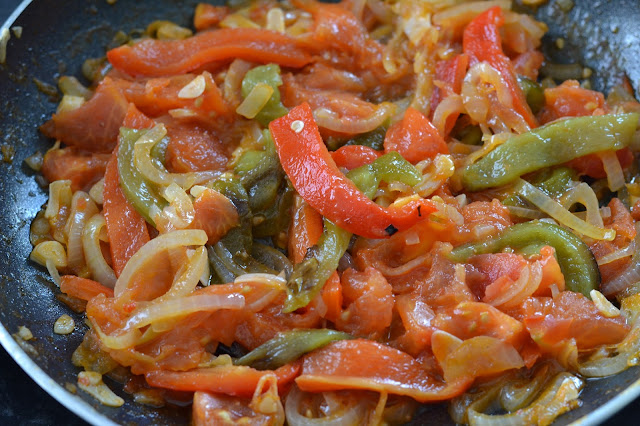 Next, make your scrambled eggs by throwing a knob of butter into a saucepan, along with the beaten eggs. Place on the hob over a low to medium heat and stir the eggs constantly. Slowly the sides will begin to catch and lumps will begin to form. The idea is to gently bring the eggs together, so every now and then take the eggs off the heat and continue stirring. Before you are ready to serve, you want the egg mixture to be quite sloppy still. 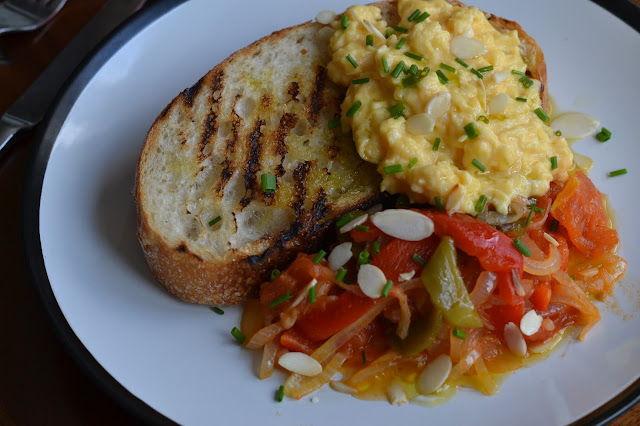 At this stage you can decide whether to go down a traditional or contemporary route.

For the traditional, pour the stewed tomato and peppers into the eggs and very gently stir through. You don’t want to get too heavy handed, otherwise you will end up with a red and green mess.

Serve on top of your griddled or toasted sourdough, sprinkle some almonds across and some chives and finish with a drizzle of olive. 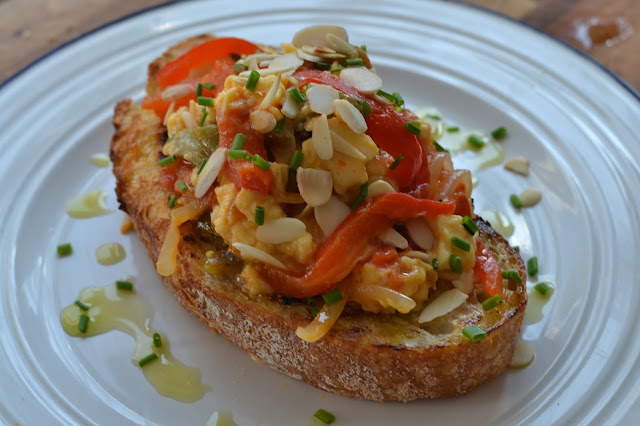 For a more contemporary and neater approach, simply plate up the pepper and egg separately but still finish off with the almonds, chives and olive oil.