What would you cook for Mary Berry?

'Mary Berry and Claudia Winkleman are searching for the nation’s best home cooks for a new BBC One series!'

Yes, any self-respecting cook should check out the deal at www.britainsbestcook.co.uk right now folks and I know this because I received an email with this header just the other day... 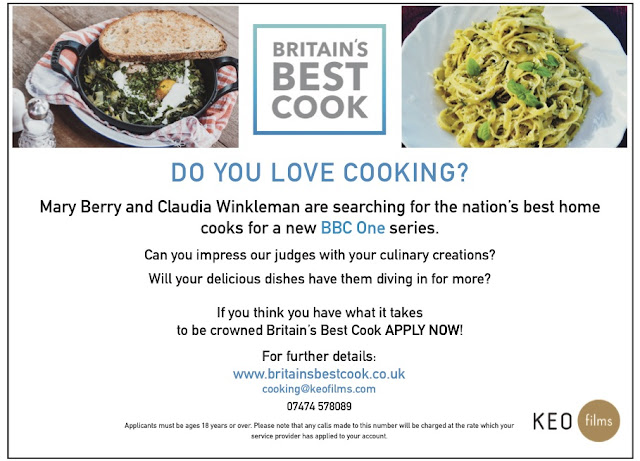 And it got me thinking.

‘Why don’t you go on a TV cooking show, Dan? Like Master Chef. You’d be good at that sort of thing.’

I mean, this is a question that gets put to me all the time and not just by the voices in my head. Be it at the pub. At the local park. When I bump into people down the supermarket in town. All the time.

‘Look at him go. Shopping for ingredients and stuff. I wonder what he is up to this time? What is he going to cook now? You know, he should really go on TV, and cook on TV.’

“Hey Dan! Why don’t you apply for that new telly series wot Mary Berry and that Claudia Winkleman are gonna be presenting on the BBC soon! Summink like ‘Britain’s Best Cook’ it’s called. You’d be good at that!”

“`Oi, Dan! Where are you going? Think abaaht it. Berry, Winkleman, you and your spag bol, they’d laaave it! Daaaaaan!?”

You might think that this is an unlikely scenario to happen but seriously, it has happened. I have got quite a fan you see, from a recent tenure, barbecuing at my local micropub, who just loved the burgers and sausages that I flipped for him. He shall remain anonymous for the time being but to capture the image, he is pretty much your Black Cabbie stereotype. Loud, opinionated and loves to wear shorts and deck shoes, with no socks. But essentially, he is friendly, warm and a good soul and he really wants me to be on TV. And every time I bump into Dave (not his real name) he bangs on and on about it. Bellowing at me, as I smile, retreat and dart into another aisle and straight to the checkout.

'Leave me alone Dave!’ I often whisper, nervously, as I run out to the car park.

The problem is that I really am not sure that I could ever put myself in the spotlight like that, subjecting myself to the immense pressure of performing in front of the camera and knowing that the masses will be watching my every move, on screen and afterwards. It is a big step to make and you could comment on that format is all too prevalent. This competitive cooking business. But look what it’s done for the likes of Nadiya Hussain, Thomasina Miers and Tim Anderson. What a launch pad television can be. Sometimes, it really can give you the chance to make it, finally, in food and spawn an empire. The opportunity to write books, launch restaurants and develop a unique line of meat cologne for the discerning gentleman. Grab a grand prize on the box and the world could be your oyster.

I suppose the main barrier for me and with regards to Dave’s proposition (which is really not his real name by the way) is what the hell would I cook for Mary Berry; the doyenne of British baking, food and writing. Not forgetting to mention face of a fine range of condiments and sauces, all of which are now sadly defunct. I loved her hollandaise in jar and I miss it so.

Coming back to the challenge though, if Mary were to say, accept an invitation to dinner party I was holding (it could happen) there would definitely be some sleepless nights or weeks prior to the event.

I think to start, I would have to serve up something quintessentially British that was also fairly light and easy. Something like white crabmeat on toast, dressed in a dash of homemade mayonnaise, bit of cayenne pepper, lemon, with some watercress on the side. That sounds like it would be up her street, yes? 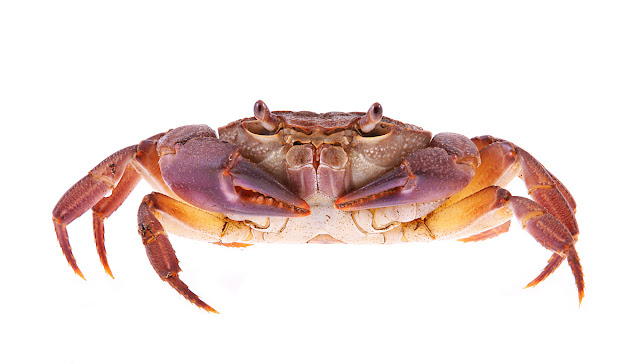 Then for mains, um, it would have to be something like roast chicken. Lemon roast chicken, with tarragon and no….no, that’s too plain. Spicy spatchcock chicken, marinated in curry powder, ginger and lime. Using similar flavours to that Thai stir-fry chicken of hers. But this would be done on the BBQ. Smoked maybe. That would update things a touch and move with the times. She loves a BBQ too, I am sure. Yes, smoked spatchcock chicken, with fragrant rice and an Asian slaw. Maybe I should put the chicken in a chicken brick. Mary loves that too. It’s traditional. Spatchcock chicken, smoked in a chicken brick, on the BBQ. Revolutionary. 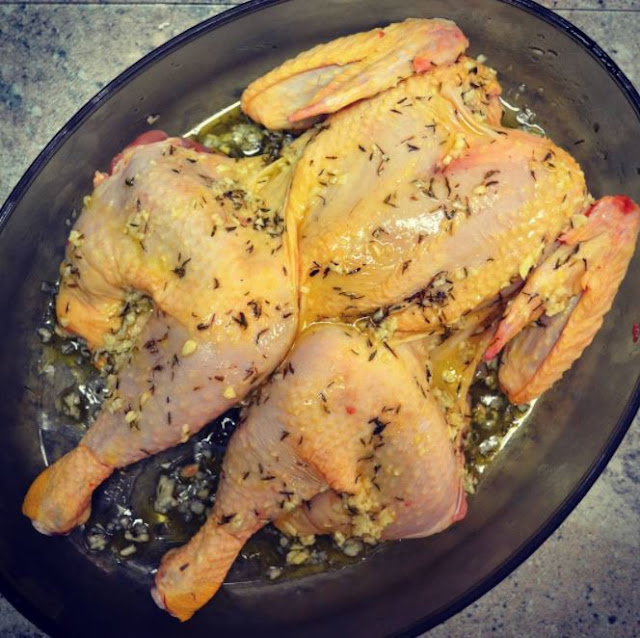 And finally, for desserts, well, it would have to be cake, wouldn’t it? A big cake, like a croquembouche. Which isn’t really a cake. More like a series of small cakes, little balls of choux, all stuck together to make a pointy mountain and to be splashed with chocolate and dotted with spun sugar. And then decorated with hundreds and thousands and lots and lots of shiny stars. No, wait, that would be over the top. I should do something understated instead. A lemon drizzle cake. No. Victoria sponge! Yes, she loves a Victoria sponge. But I bet she hasn’t seen a Victoria sponge…donkey. Yes, I will make her a Victoria sponge donkey, life-size, to celebrate the Great British Seaside. The focus will be Blackpool. And we will all wear kiss-me-quick hats as we dig into it around the table. And she’ll be over the moon. That’s it. That is what I am going to do. That is what is going to propel me into the final. This is exactly the sort of thing I should be dreaming up if I were ever going to apply for Britain’s Best Cook. 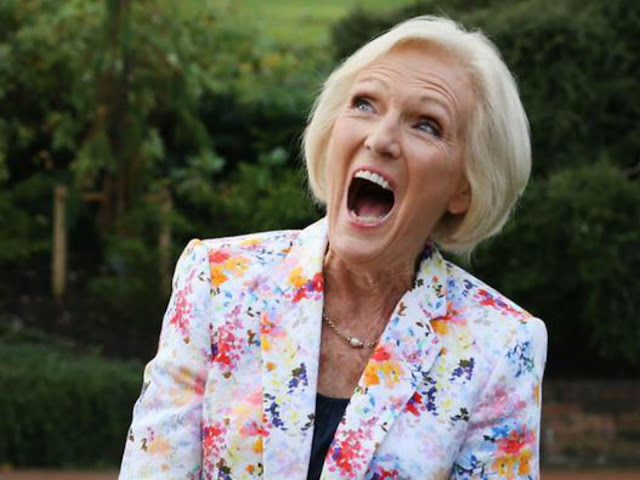 I am going to run this by Dave (seriously, it’s not his real name) and see what he thinks. I am sure he will be behind me all the way.


But in the meantime, if you fancy applying for the show, then drop an email to cooking@keofilms.com.