the One° Precision Poacher by Sage 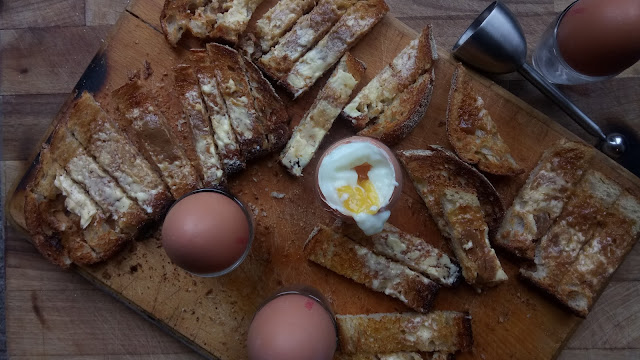 It comes to something, when at breakfast time, your family start giving you specific temperatures of cooking for their boiled eggs. In the good old days, all I would have to do is whack a saucepan of water on the hob, bring it to the boil, pop a few eggs in, set my egg timer to three minutes and bang, that was it.

Of course, you would often have to allow for certain deviations at this time of day. Toast needs to be grilled at the same time of said boiling and kept warm too. BECAUSE ALL TOAST MUST BE SERVED HOT SO THAT THE BUTTER MAY MELT ON THE HOT TOAST. That needs concentration. And there are other minor matters that influence proceedings. The radio usually has to be re-tuned because someone keeps flipping it onto KissFM. Carol at the BBC must be gorped at, mouth wide open, for the latest weather update. Dad can sometimes disappear, for up to ten minutes at a time and yes, all these things have royally screwed up our boiled eggs in the past. But eggs would always arrive at the table; be it underdone, with albumen still crystal clear. Or totally solid, like a frigging squash ball.

That is now a thing of the past and given my initial grumble about fiddling with specific temperatures, we have all now calmly and quite sensibly settled on 75°C for delivering the perfectly boiled egg; with just the right amount of gooey yolk, all encased in a delicate wall. Even topping our eggs is now a joy. A rhythmic tapping that leaves us all entranced afterwards, as the top speckled lid falls away, revealing an impeccable white dome. You just can't help but to pause and marvel at the science of it all sometimes. Before going on to destroy everything, with a soldier smeared in Marmite.

If this approach all sounds highly technical, it may not come as surprise to reveal that I have been tinkering with a One° Precision Poacher of late. Built by Sage and developed by, yep, you guessed it, Mr Heston Blumenthal. No longer happy with sciencing up and solving the bigger problems in the kitchen; such as making ice-cream, mixing cakes and creating barista style coffee, Heston has now gone quantum and begun to look at the smaller, more complex issues. Such as boiling eggs.

My first reaction then, was that this whole concept was going to amount to right load of old...faffing.

'You wot Heston? Wanna show me how to boil my eggs do ya?'

So when I first filled it up with water, up to the sous vide line (oooooooh) and saw that I had to wait a laborious eight minutes for our eggs to be done, my cynical pants were pulled right up to my belly button. Which is OK, the kids are used to seeing me walk around the kitchen like that.

But then I fished the eggs out and served them up and bingo, they were pretty damn good. 'Eggspertly' good in fact! But I can't mess around too much with that because Heston has got the trademark.

As for the egg topper, well that is the pièce de résistance. The kit comes with temperature probe, silcone handles, a delay start so that you can time your eggs in the morning, a whole myriad of different functions; to steam, scramble and poach eggs BUT WE MUST TALK MORE ABOUT THE EGG TOPPER.

How this works, I do not know. It looks like a candle snuffer (is that a thing?) and you place it on top of your boiled egg, pull up the handle doo-dah and let the inside tapper shiztnel ricochet. You then peel the topper back and time after time, it cuts a neat line through the shell and takes the top clean off.

Do you know how many eggs I have fudged with a teaspoon? Sending splinters of shell downwards, to veritably spoil that sea of gold and ocre? To be picked back out with equally fudgy fingers? Do you?!

Heston, I applaud you.

My journey with this little gadget has only just begun and I have yet to fully explore it's potential but I have used it to also confit some duck legs, the recipe of which I shall pop on the blog at a later date. I might as well try and get some mileage out of this but if you ever find yourself falling fowl (geddit) of the conundrum that is cooking the perfect boiled egg, a neat little investment here could be just the ticket.

Mornings are stressful enough as it is.

Sage sent me a One° Precision Poacher for review and all opinions, hereby and otherwise disclosed are the machinations of the author, who is easily impressed. Especially when it comes to egg toppers. 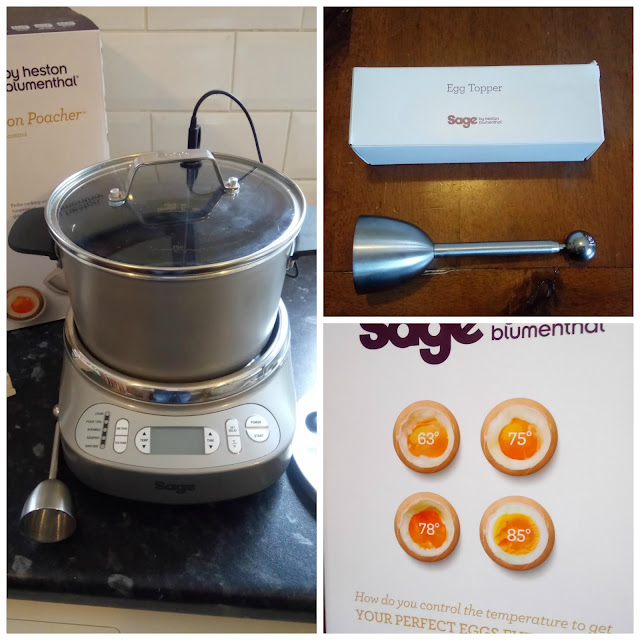 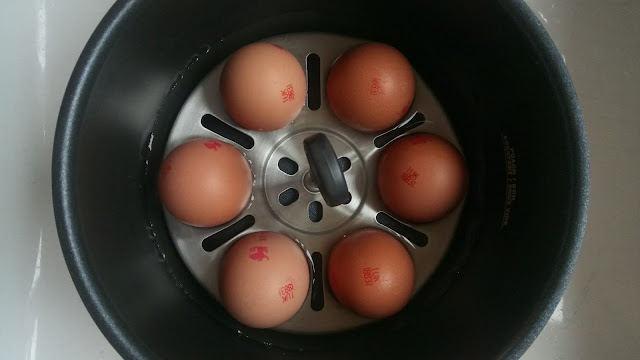 Chloe said…
That egg topped sounds amazing! Would love to give this a go, I love boiled eggs but rarely are they exactly 'right'!