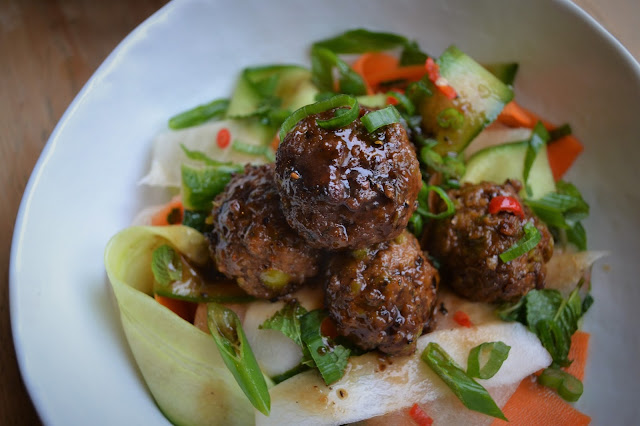 I went to the doctors recently. Having gorged myself stupid over the Christmas period, where I was practically inhaling mince pies, hoovering up Quality Street from off the floor and setting up an intravenous drip every night - to ferry gooey Mont d’Or straight into my podgy veins - I wondered if I had overdone things a touch you see. The doctor, as they often do, sent me for a blood test and a couple of days later, I got a frantic phone call from him whilst out shopping for a new pair of trousers with elasticated waist.

‘Mr Kingston, the tests are back and it’s not good.’

I paused for second, before replying sternly - ‘Give it to me straight, doc.’

Of course, this is all make believe. I didn’t touch one triangle of Toblerone over Christmas. But like many people in January, I have been stewing over my overindulgence. The problem with ‘another year over’ is just that. You are another year older and so the necessities of a sensible diet, moderate drinking and *gulp* exercise do come looming into view. Yes, even when you are in your extremely late thirties.

However, despite these thoughts, I never really think about going to extremes. I am a middle of the road kinda guy. Rather than put myself through the self-flagellation of a life on mung beans, or thinking about conquering the Three Peaks, I believe in smaller changes. Less is more. And if you store up the less, then occasionally, you can have a bit more than usual.

In other words, I am going to become a flexitarian.

Now stop with all that laughing, with all your snidey comments at the back. Yes, I know that is how many of us have been carrying out their eating habits. Like for years and years and years. But I can also think of many people near and dear, who eat meat daily. Even if on some days, it is only in the form of wafer-thin ham, they still eat meat. So, there are a lot of people who could do well to step off that carnivorous treadmill and add a degree of flexibility to proceedings. Or try a slow transition from solid animal protein to a selection of plant based calories at the very least. And you know what? I think a lot of people are beginning to realise that. 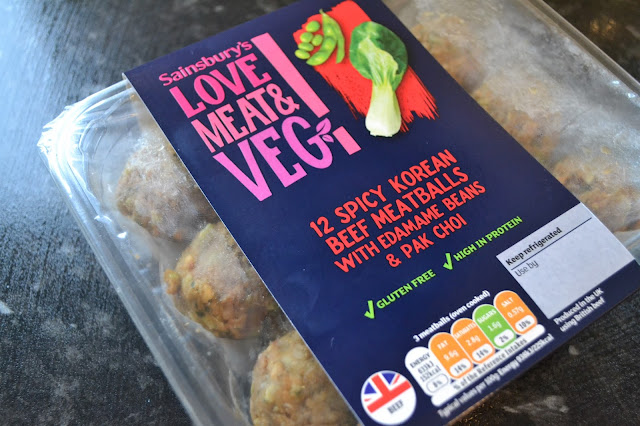 By way of acknowledging this change in public perception, Sainsbury’s have recently launched a new range of products that meet this need. Saying that, with their army of informants, spies and market research analysts, they probably saw this mood coming a mile off. But still, the good thing about their selection of sausages and meatballs is that the key message is one of subtle inclusivity. And not the veritable whacking over your head with a large carrot, shouting - ‘YOU MUST CHANGE YOUR WAYS! YOU MUST CHANGE WAYS!’

Principally named ‘Love Meat & Veg’ there is a touch of the old school about the range. The British diet, for a long time, was exactly that after all. But the percentages here are around 50% meat and 50% vegetables, which means things do add up evenly. And combinations come in a variety of guises. Such as pork, with kale and squash; or chicken with feta and spinach. All suited for busy people, young and old, who not only want to get something nutritious and quick on the table but something that also tastes of meat. It’s interesting isn’t it. When you hear of some products, such as vegetarian bacon or vegan honeycomb, it does make you wonder if we’ll ever truly relinquish our appetites for animal products. I think I’d sooner go for the halfway house, over tricking my taste buds in any other way.

Speaking of which, I recently tried their slightly exotic Korean Meatballs with Edamame Beans and Pak Choi and paired them up with a crunchy, Asian style salad of mooli, carrot and cucumber for lunch. Given that my bowl worked out at roughly 75% vegetables and 25% rich spicy beef, I was very surprised to feel as sated as I did afterwards and that was with a serving of just five meatballs. There must be something in this flexitarian malarkey after all. 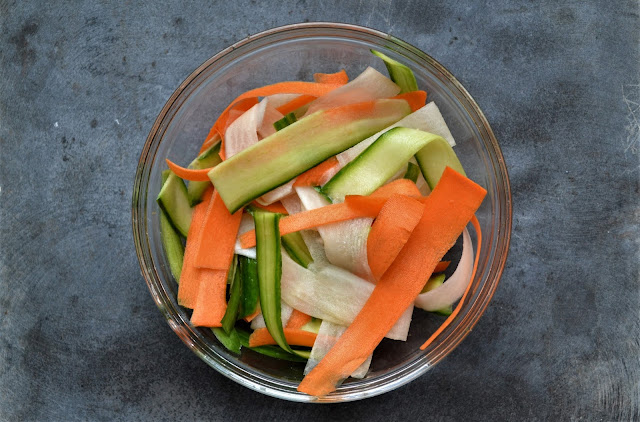 Then again, I did also make a hot aubergine pickle to accompany the dish. That must have brought the total up to 136% at least.

No matter, here is the recipe. 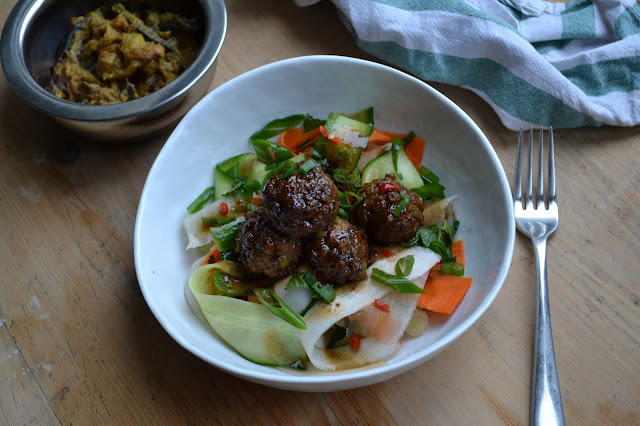 First, a little introduction. Whilst these meatballs are perfectly fine to serve up by themselves, I tinkered with the cooking method slightly, just so that I could bring some dressing into the mix, which comes in the form of a traditional Korean bulgogi sauce. There are loads of variants out there, but the prime ingredients include soy sauce, sesame oil, sugar, garlic and rice vinegar. So, I made up a mix of my own and after 20 minutes baking in the oven, I thwacked the meatballs into a frying pan, all drizzled with the bulgogi to coat, thicken and pour over the leftover jus afterwards.

Secondly, the aubergine pickle is a bit of an old fave. A sort of thick, tangy, savoury gloop, inspired by an old Asian cookbook, that throws everything in, including the kitchen sink. It doesn’t score any points for authenticity, but it is very tasty and adds a ‘meaty’ element to curries, stir fries and whatnot.

First get the aubergine pickle out of the way but placing a wide pan onto the hob over a medium heat and add half of the oil (125mls) and heat and then add the aubergine strips. Fry in the oil for about five minutes or until golden brown.

Whilst the aubergine is cooking, throw the garlic, ginger, Garam Masala, turmeric and chilli flakes into a food processor, with a small drizzle of oil and blitz to a paste. Add the fish sauce and lime juice and blitz again.

When the aubergine is ready, add the paste, along with the rest of the oil and stir in. Cook uncovered for another 15 to 20 minutes, until the aubergine has practically broken down and become rich and brown. Once done, transfer to a bowl to cool down.

To make up the salad, simply combine the mooli, carrot and cucumber strip in a bowl and add the rice wine vinegar and sugar. Leave in the fridge to marinade for 30 mins or so.

Next heat your oven to 190°C, line a baking tray with greaseproof paper and place the Korean meatballs on top and pop them into the oven. Bake for 20 minutes. Meanwhile, combine all the ingredients for your bulgogi sauce and mix together.

To finish the meatballs, pop them into a frying pan over a medium to high heat, along with the bulgogi sauce. The sauce will thicken and get sticky quite quickly, so move the meatballs around a bit to coat and then take off the heat.

Before plating up, take the salad out of the fridge and pour off any excess fluid. Tear up a generous amount of mint leaves and add to the bowl, along with the chilli and spring onion. Mix together to combine.

To serve, portion up a good amount of salad per each plate and then balance the meatballs on top, 6 meatballs each.

Finish by drizzling over any of the sauce that is left and bring the aubergine pickle to the table. 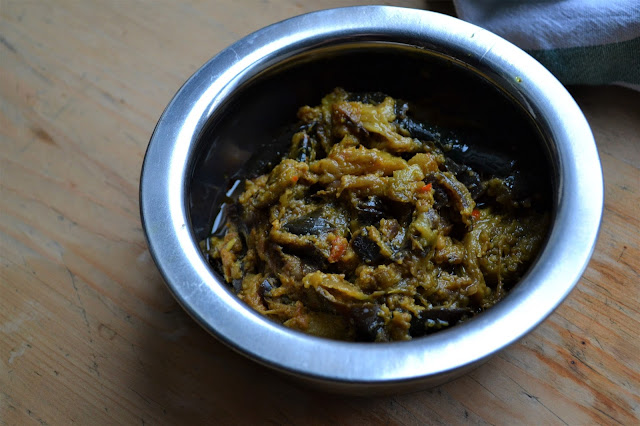 Sass said…
Dude!
You inspired me!
I just made this and it was bloody delicious!