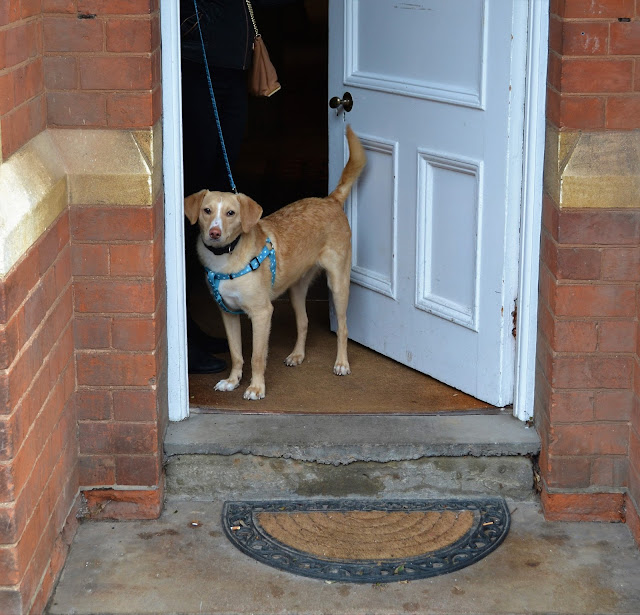 Please do not adjust your television sets. This is still going to fundamentally be a food blog but yes, I am pleased to announce that we are now the proud owners of a dog. A dog called Lenny Kravitz, who came all the way over to us from Kosovo and we are all immensely fond of him. So forgive me for a moment if words slide or do not scan properly because we have also gone slightly ga-ga.

It has been a long time coming, us getting a dog. But now Lenny is here, it is hard to imagine never having him. The downsides have come in the form of vile emissions, a penchant for fox poo and an incessant licking of his nether regions. However, the upsides soon outweigh any annoyance or jealousy I may feel about these things. Unrelenting love, daft spasms of joy and a simple, dopey look - with those deep brown eyes - always papers the cracks.

In fact, he really is a very good boy indeed.

As a result, we have become those terrible types of dog people. Where the mutt must also be included in all activities and exercise. Remember that woman who wanted to know if her cheese was 'FUDGAAY'? Well, we've become the type that wants to know if places are dog FRIENDLAAAAY.

Given that we are nation of animal lovers, the options for eating out are not massive. Pubs certainly have a natural affinity and boy, now I know why so many people like nipping out to take the dog for a 'quick walk' - wink, wink.

But you can't drag a hound into a proper restaurant, for proper slap up meal. Not really. Dogs really do do some grim things. Things that can put you right off your oysters, caviar and chips. Although it is nice to discover that some places are beginning to offer a middle ground, where you can actually dine out with your furry friend in tow and have quite a special meal.

The Colwall Park Hotel in the Malvern Hills, is such a place. Divided between Herefordshire and Worcestershire and perched high up in an area of outstanding beauty, this comfortable retreat is hoovering up in the market for people who like to walk, travel with their dogs and eat excellent food. Colwall itself, is an odd place. Magnificent old houses dot the main road in between modern chalets and blocks and the village is pretty quiet and sleepy. As a base though, the hotel is well situated for getting to neighboring towns of Great Malvern and Ledbury, which are a bit more buzzier. Although special mention should be made for Cafe Morso, which is just down the road from the hotel. They do a cracking sandwich in there.

And plus there's the very wonderful and very steep surrounding hills to explore. In which you can very nearly kill yourself. Like I almost did, in a spot called 'The British Camp'. More about that in a bit though.

Colwall Park is currently billed as a three-star hotel but it is under renovation and if Head Chef, Richard Dixon and his team, continue to execute the same level of food, there is no doubt that they will move up a notch or two. Dogs are not allowed in the large restaurant per se. You have to eat in the bar area but with a roaring fire going on and intimate atmosphere, I'd say it was the better option.

To begin, we both had the scallops with yeasted cauliflower puree, golden raisin and caper emulsion, crispy caper and samphire. The scallops were outstanding. Sourced from Brixham and quickly pan-fried, to ensure that proper ratio of thin outer Marmite crust to inner dulcet delight, they tasted almost creamy. Paired with the puree, the effect was fairly intense but the use of the sharp caper berries and crunchy sea stalks balanced everything out nicely. 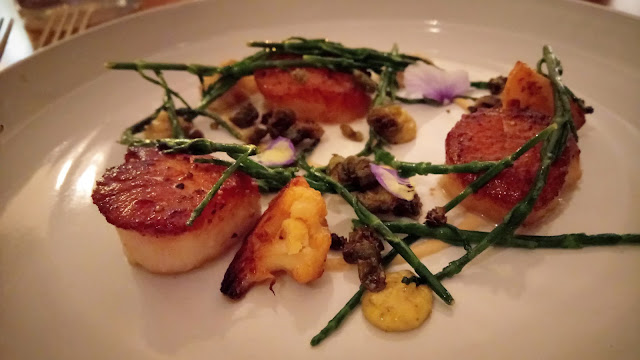 For mains, I ordered the venison, featuring both loin and braised shoulder, along with roasted carrot, pine nut crumb and pickled blackberries and then proceeded to take a rubbish picture of it. Again, it really was another treat. The small slabs of loin cooked medium, along with a shredded quenelle; highlighted once again, what a great meat venison can be. The port sauce, peppered with a hint of juniper was also damn fine. One day, I will make gravy that is this good. One day. 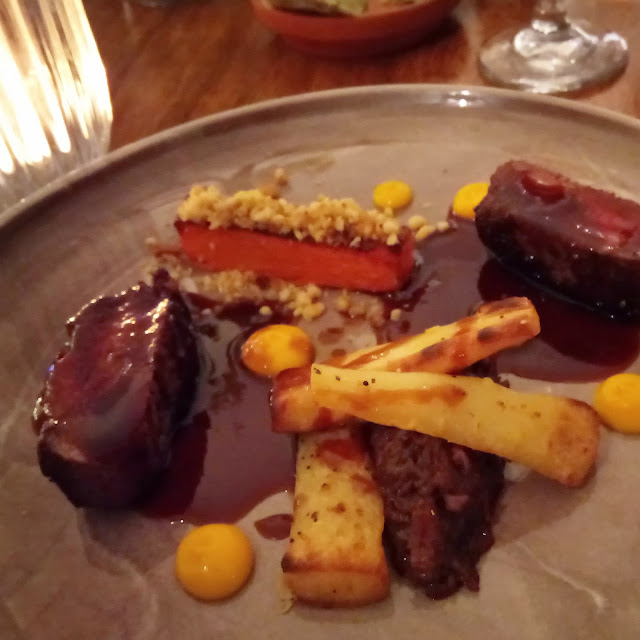 Mrs FU ordered the turbot, that came accompanied with saffron potatoes, pea fricassee and a champagne cream. Fleshy morsels of which, left me green as the pods from which the peas were popped. Although I did manage to get a small taste. The fish had been treated just as well as the scallops but with the addition of lardons of bacon, I felt that the fricassee itself that was the star of the show. Some of the vegetables had been cooked just under, which delivered a lovely texture. And the sauce, made with the finest shampoo, was delicious and rich. 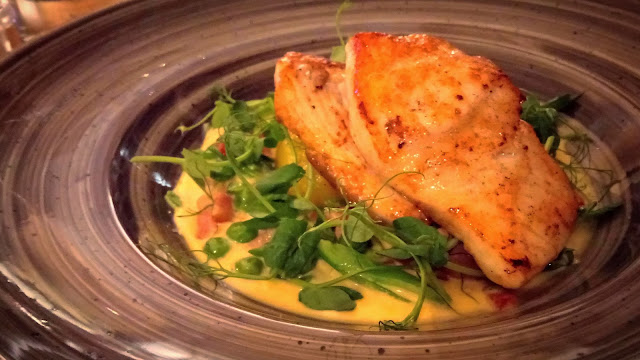 Stuffed to the gills, the idea of dessert caused some consternation by this point, yet a sharp dig and finger pointing to a rather good cheese selection soon changed my mind. Hereford Hop is an old favourite of ours and we were equally impressed with the Old Worcester White and Worcestershire Honey and Figs. All great cheeses made just down the road from the hotel, to be scoffed up with a punchy tomato chutney, walnuts and life-giving fruit. I say life-giving because I really started to feel woozy by this point, and Mrs FU resorted to throwing grapes at my head. 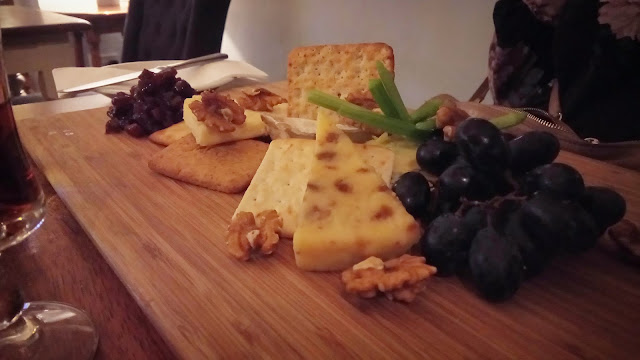 As we whiled away the last few moments of our meal, Lenny just continued to lie at our feet, sleeping and dreaming of chasing rabbits and ducks. Proving a point that maybe, just maybe, it is OK to go feign diiiining with your pooch in tow. 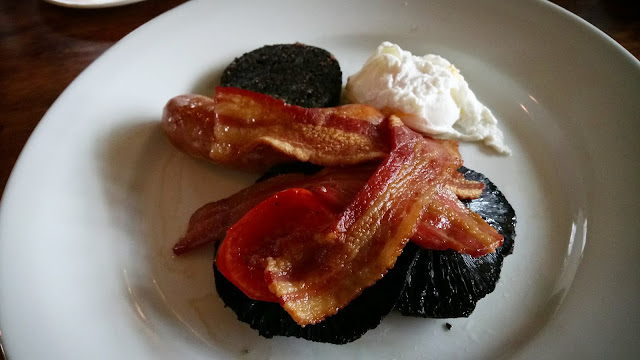 The next day we awoke, refreshed and invigorated, and thankful that Lenny only got up once in the night to bark in our faces. Again, this was a new one on us, sleeping with a dog in our room. We haven't descended into inviting him for a cuddle under the sheets and fingers crossed, we never will.

But it was still kind of nice to have Lenny 'in with us' - so to speak.

Breakfast at the hotel is fairly comprehensive, with a wide selection, including all your variations on eggs 'Benedict', 'Florentine' and 'Royal'. Whenever I see them on the menu, I always feel slightly tempted to ask for a combination of them all. A 'Benfloryal' you could could say. But on this occasion, I went for the full English, which again was very good. The bacon in particular.

Then it was time to pack our bags and get on our way. Sadly, our time in the Malverns was very much of the whistle stop variety but once the weather changes, I would like to return to Colwall Park Hotel and have proper root around on foot. I do need to get some hard core training in first.

For as we drove away, it did suddenly occur to me that we hadn't done that much in the way of proper 'walking' - which really is the purpose of coming to a place like the Malverns. So on the way back in the car, when I spotted a sign that said 'The British Camp - Climb to the summit of Herefordshire Beacon, with it's Iron Age hill-fort and spectacular views,' I screeched 'STOP THE CAR!' And proceeded to bound out with my camera.

'C'mon Lenny, Daddy is going to take you for a quick walk.'

'I'll just wait here and keep an eye on the car,' she replied, sagely.

But at least Lenny was enthusiastic. Give him any opportunity to cock his leg and make his mark and he will take it.

The first few paths that whittled up the slope, angled at median of say 25 degrees, were fine. Then the angle changed to 45.

And then we were at 60. And then before I knew it, we were practically walking horizontal. Or at least it felt like it. The further up we went, the greater the gravitational pull on my skull became and my legs began to burn more and more and more with vicious battery acid. Sweat beading down the side of my face turned into a flood and slowly but surely, the beautiful ancient landscape around me began to spin.

I looked down at Lenny, who's eyes were like saucers by this point and his tongue resembled a long pink rugby sock, that was brushing his toes.

It was then that I knew it was time to go back down.

Even with dogs, you must learn to walk before you can run. It's a whole new world, this dog owning malarky but it is good to know that there are places like Colwall Park Hotel, that are there to make those first steps as easy going as possible.

Colwall Park Hotel is also registered with Pets Pyjamas and  our stay was complimentary. 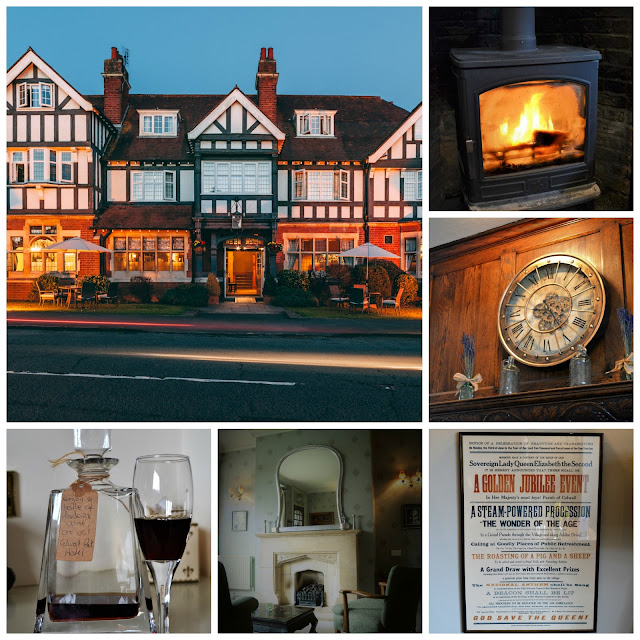 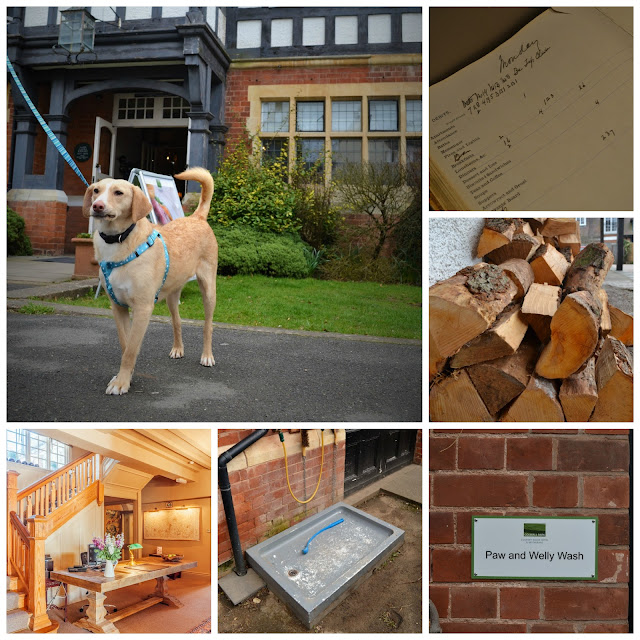 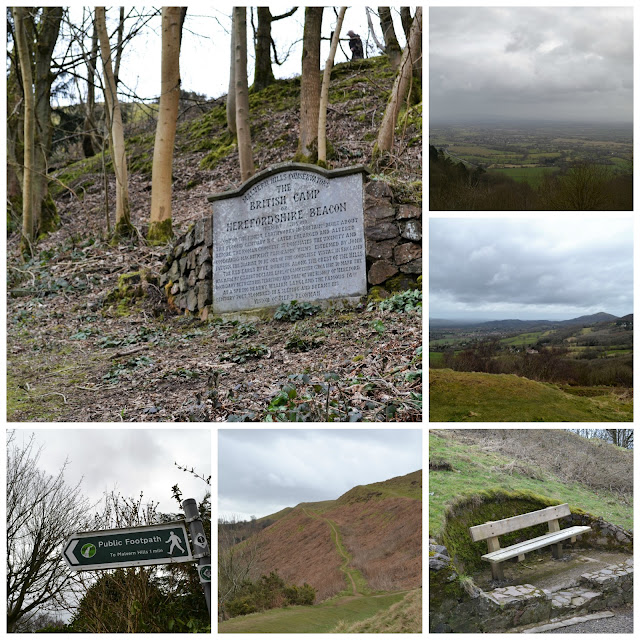 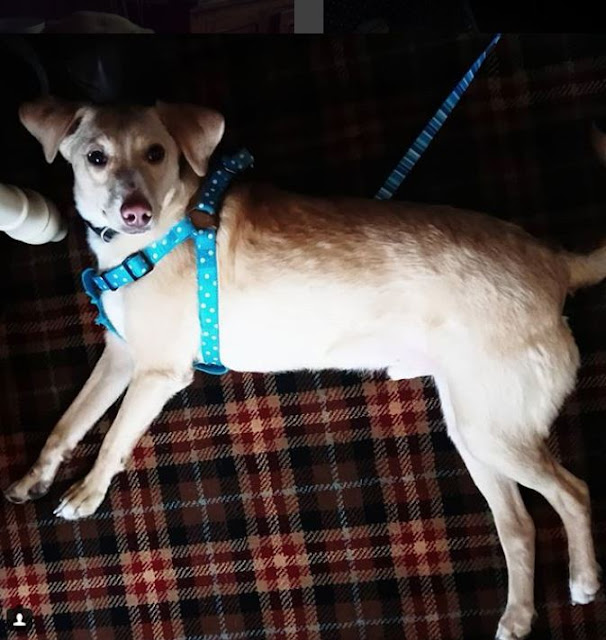