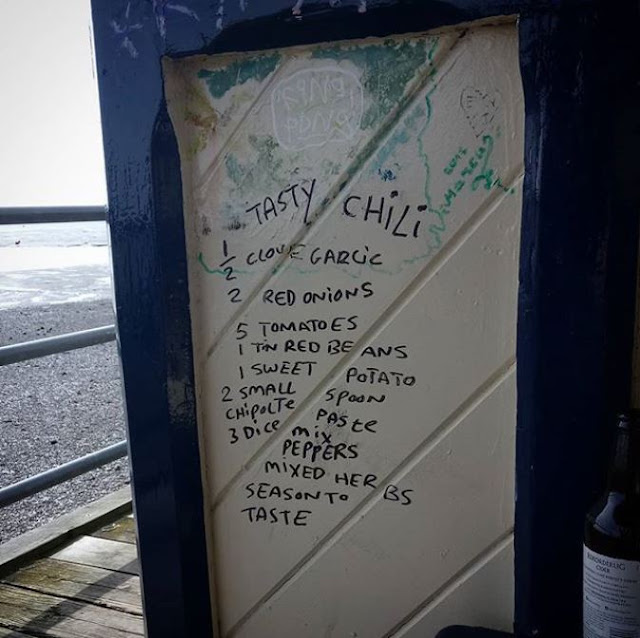 A few weeks ago, I was having a mooch along the estuary at Leigh on Sea, walking my dog and walking off some rather splendid winkles from Osborne Bros; when suddenly I spotted the graffiti above, in a hut on the promenade. Now, I have seen all sorts of scrawl on walls in my time. Most of it rather rude and offensive. And blatantly untrue. So, it was refreshing to see something helpful and positive for a change. A recipe for a vegan chili (sic) no less, that must have been feverishly dashed out with a sharpie. Maybe under cover of darkness and with a bead of sweat dancing upon a top lip. All whilst juggling some onions. Activism of this sort can take it out of you, so well done the brother or sister for putting their neck on the line. To stick it to the man and to promote a healthy, virtuous diet.

I even like to think they had a look out. A someone else, who kept an eye on that black corridor, peppered by street light.

'C'mon maaan. Hurry up. There's some dude walking our way. Get it done. Get it dooooonnnee man.'

A bit like Neil from the Young Ones. Yes, I can picture them now, both running off together, into the distance, high fiving and swinging a plastic bag around. Before stopping to pick up the contents that spilled out. I wonder who they were? Do you know?

The recipe itself is, IMHO, slightly off the mark. There are a couple of glaring mistakes. So I decided to test it out and add a few tweaks of my own. Here is the result of my findings: 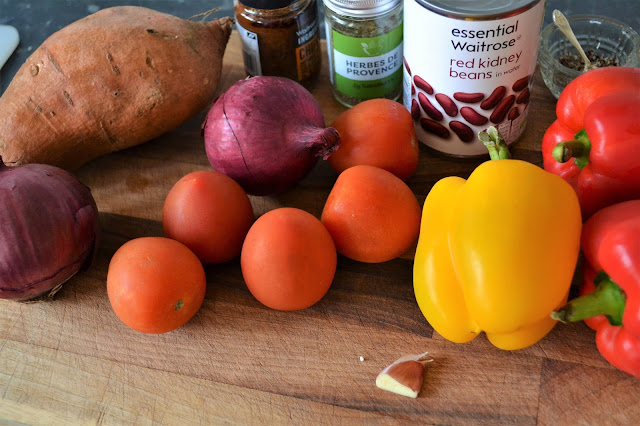 To start, it's a fairly simple recipe and a cheap one too. Even when shopping at the very tres posh Waitrose for my ingredients, the total came to £3.78. Not taking into account some of the store cupboard stuff I already had. 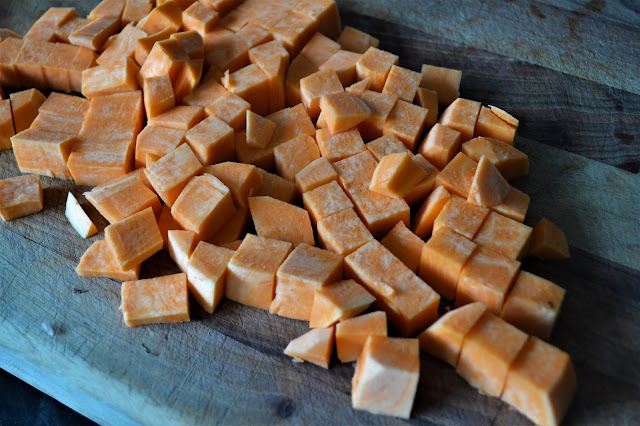 The first challenge for anyone encountering this dish, is the liberal use of sweet potato. I know many people who would rather pluck out their own eyeball than eat this bright orange tuber. But they are strange and I hold no truck with this spud. In fact, I love it. 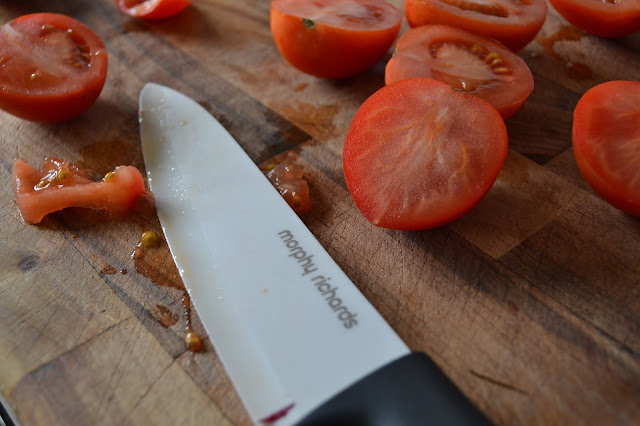 I went for fresh tomatoes, as seemingly per instruction. Of course, there is no reason as to why you couldn't use tinned toms. There is a very good reason not to use ceramic knives though. Although for while they can be extremely sharp, you WILL snap the tip off within five minutes of using one. 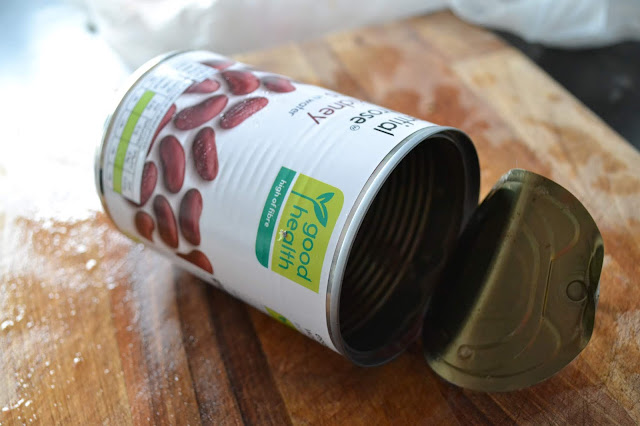 Kidley beans, kidley beans, you just gotta love kidley beans. Seriously, I don't know why I don't eat more of them. Or wait. Maybe it's because they taste faintly dusty and earthy. But pulses are good for you and we should all eat more good stuff kids. 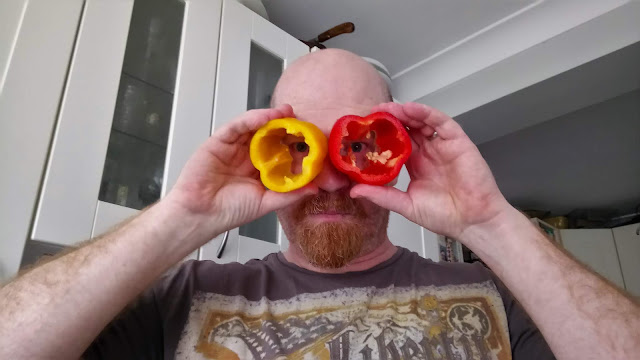 Peppers, yes, peppers are a good shout for this recipe. And onions too. Though in the running order of things, they should have come first. For as we all know, onions and peppers TAKE TIME TO COOK. (This was a school boy error on my part also). 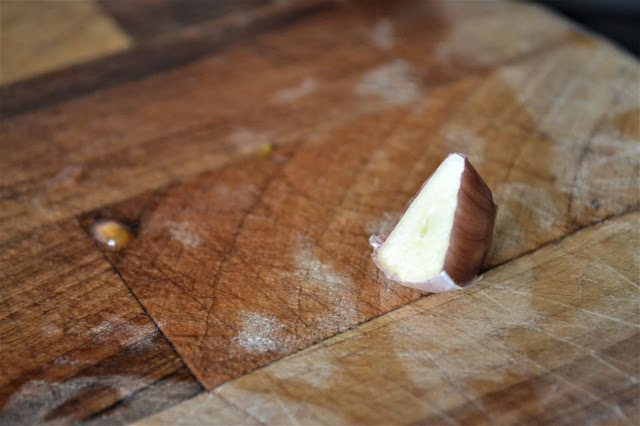 The screaming, glaring horror of this recipe though has to be the amount of garlic required. Half a clove. Half. A. Frigging. Clove. Which must be some hilarious joke because no-one sane uses half a clove of garlic when cooking. And this half a clove business has really undermined the credibility of the writer here. I am sorry. It must be said. I stuck in four. At least. 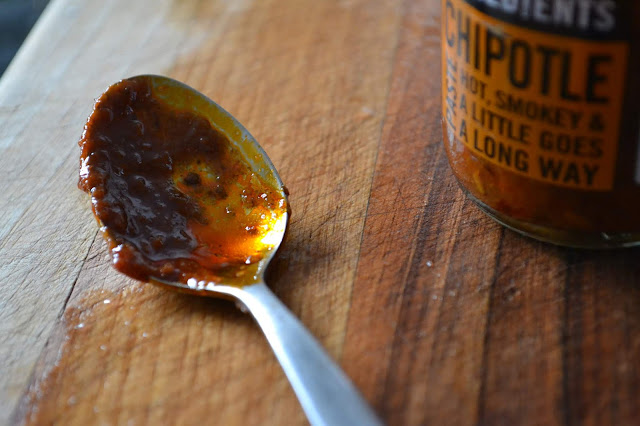 Redemption did come in the form of the inclusion of chipotle though. Hot, smokey, a little does indeed go a long way. I went for three teaspoons though. Because we like it things fiery around here. 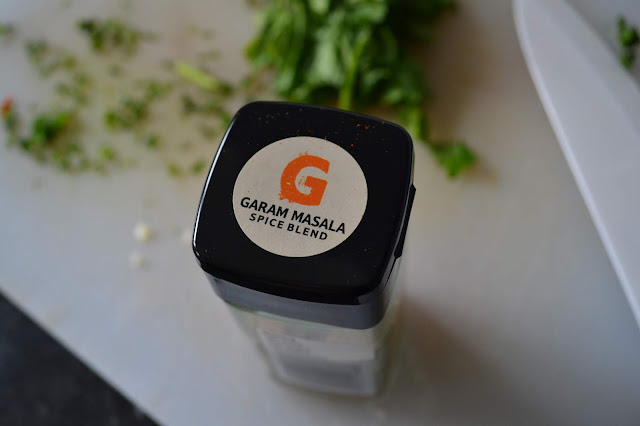 One other thing. As I was putting this together, a nagging doubt kept resonating through my brain that seasoning with salt and pepper alone, would not be enough to lift this dish. On tasting, it needed some more 'Va-va-voom.' So I whacked in a few teaspoons of Garam Masala. Sue me, hippies. 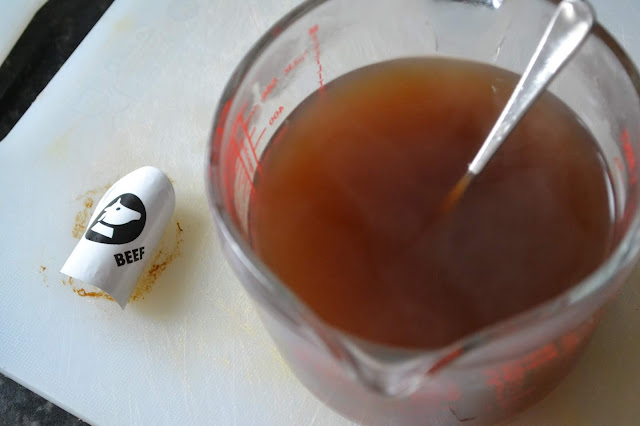 The biggest issue with the recipe however, was that it was all a touch too dry. Those sweet potatoes ain't gonna cook through properly in that gloop of fruit and beanz and under-cooked onions. You need to make it saucy guys. And I expect you'd prefer to make it saucy using vegetable stock. But I used beef. Cos...chili (sic). 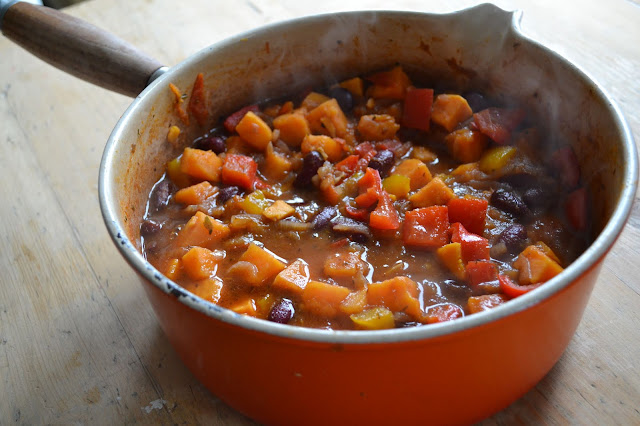 The end result wasn't too bad. For someone who eats rather a lot of meat (IT'S MY JOB DAMMIT) it is good to find different and inspiring ways to inject vegetables into my system. And to be fair, this chili (sic) was pretty damn delicious. Although if you don't like sweet potatoes, you will hate it. 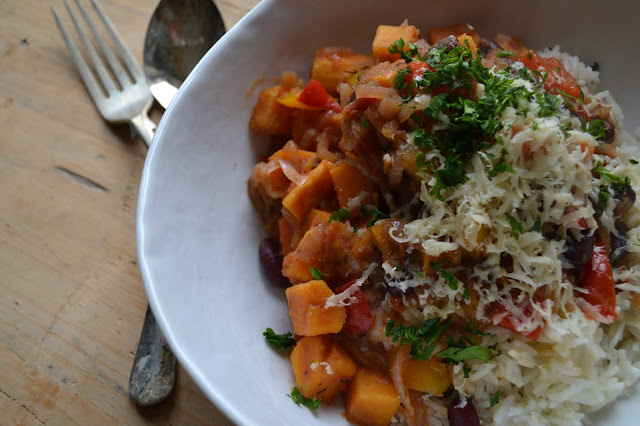 Finished with cheese and parsley and served with rice, I'd say whoever did scrawl this recipe on that there hut by the seaside, hadn't done a bad job really. I'd even go as far to say that you should keep doing this, whoever you are.

Yes, seep on plugging with the recipe graffiti.

There could be a book in this. And like I said, it's a lot more pleasant than some of the stuff you see daubed out there.
Labels: fun recipe vegetables

Ginandcrumpets said…
Recipe graffiti could be the way we improve the world. If writing recipes on walls when no one asked us too is improving the world, which is debatable. Bugger it, I'm going to do it. And there will be full cloves of garlic for all!
22 May 2018 at 20:31