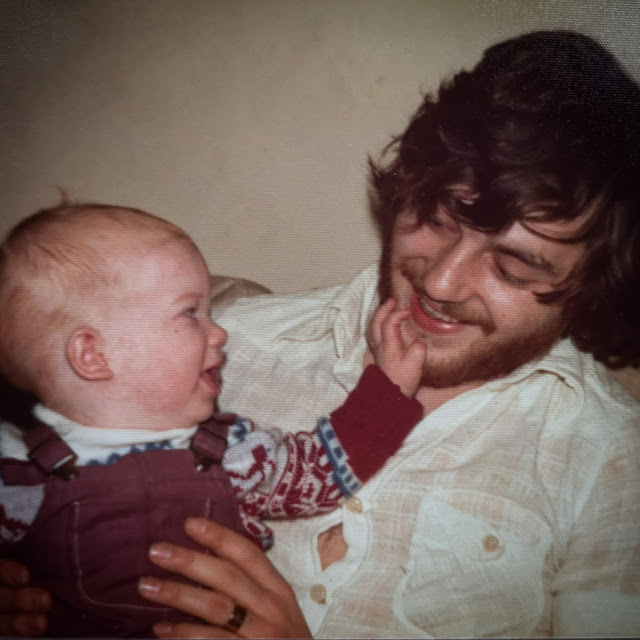 This is the tribute I read out for my Dad, at his funeral, on December 18th 2018. Thought I would share it today.

I thought a good starting point for a tribute to Dad, would be to talk about the times I got into trouble with him.

Don’t panic. I didn’t get into trouble with Dad that often. Don’t worry, this won’t be long.
Besides, Tori got into more trouble than I ever did. Although that was always with Mum.

I don’t think that she ever really got in trouble with Dad.

So, coming back to these episodes, well, the first memory of it happening, occurred when I was about 3 or 4. It was at a party at Nigel Road in Forest Gate, probably around Christmas time. I may have been young but as I wandered around, I soon realised that I had a certain power over the people that were towering above me. Especially the menfolk.

All it took was a swift punch to the knackers.

I think I notched up maybe 4 or 5 strikes before Dad whisked me up into the air, kicking and screaming out the room, and into the hallway for a proper telling off.

‘Bloody hell, Dan! What are you doing? You can’t go around punching people like that. Not in the boll (pause) the private parts!’

I vaguely remember replying with a tearful - ‘I’m sorry Daddy!’

Another occasion happened when I was a young teenager. When Mum and Dad obviously realised that I had extra value as a babysitter and could go out in the evening, safe in the knowledge that I could look after things. And Tori.

And I did. Didn’t I Tor? I always kept a tight ship.

Except for the one time that Mum and Dad returned, and I was still up. So, Dad asked me – ‘Did you remember to tape it?’ – with a curious raising of the eyebrow.

After a short, confused period, I suddenly remembered and said – ‘Ah, I forgot to tape it.’

‘Bloody hell, Dan! I asked you to do one thing before I left tonight, and you bloody well forgot. What the hell is going on here?

‘I am so sorry Dad,’ I replied. ‘I was watching…I was watching Weird Science. I might have watched it twice.’

To which he paused and said:

‘That’s OK. Don’t worry. I am sure it will come on the telly again. It was only the last episode of Taggart anyway.’

The final time I want to regale to you, came when I was about 18 or 19. I had been out with my friends, on a night of merriment and was stealthily sneaking back into the house, climbing into the hall and up the stairs like a ninja. Or least I thought was.

However, Dad came storming out their bedroom like a whirlwind.

‘Bloody hell, Dan! What time do you call this? I’ve been worried sick!’

To which I could only answer – ‘Dad. I am so sorry. I’ve been out with the lads. (pause) We woke up in Southend.

It cost us a lot of money to get home.’

To which he replied: ‘That’s OK. Look, just get to bed, and try and get some rest, yeah?’

And he said, ‘That’s alright.’

‘Can you put some pants on in the morning?’

For he had been stark naked during that last exchange, with hands on hips, doing his own performance of Swing Low, Sweet Chariot.

I hope these stories have made you chuckle, as I wanted to bring them up for a couple of reasons.

To a) highlight that Dad was incredibly quick to anger. But also b) acknowledge that his anger would subside incredibly quickly. There would always be a short burst. But before you knew it, he would soon be taking stock and working out how to help you, in the best way he could.

The point being, for Dad, it didn’t ever really matter in the end.

Whatever was done, was done and at the end of the day, all Dad ever wanted to do, was to give his love and support. To the fullest 100%.

I am also aware that time is moving on and that I mustn’t dwell up here for too much longer. But I would like to raise one more point.

Which is how wonderful it was to have had a young Dad.

Now, I know this might make some people bristle out there right now. But listen here Pete Brezina, you are equally a fantastic Dad. So please don’t take this the wrong way.

But yes, Mick was a young Dad. He was 20 when I was born. Something like… 21 when Tori was born. And I can’t help feeling that made a difference somehow.

I am a Dad myself and it boggles my mind to think that Isla and Finlay could be 23 to my 43. Holly would never see me. I would be out with da kidz all the time. Dancing. Singing. Embarrassing.

And that’s the funny thing. As Tori and I grew into adults, Dad sort of naturally ingratiated himself with us.

He was the Dad who could rock up to the student union with you.

He was the Dad who could go to rugby and the pub with you.

He was the Dad who you could share your personal thoughts and worries with. He was a steadfast rock, a confidante and goodness me, he could be a gossip.

But he also was the Dad who could reverse roles on occasion, and ask for advice, and share fears of his own.

In short, he was a friend.

And perhaps when I think of Dad, this is what saddens me the most. I have not only lost a Dad, but I have also lost a bloody good mate. And I will miss him in more ways than I care to mention.

But for the record, I do know I will miss his generosity, kind nature and understanding.

I will be ever so grateful that Mick was my Dad. And I shall treasure the memories he gave, to live and continue in with us all.

We’re told not cry because it’s over but smile because it happened.

Well, I don’t quite agree with that.

Because I am sure that there will be plenty more tears to come.

But Dad’s smile is probably the thing that will last with me forever.

And I am sure that the same will apply for you.

So, let’s just do that today and remember that smile. For Dad had a very special beam, a smile that said he loved us all.

And I know he would have loved to have seen you all here.

Everyone one of you would have made him so proud.

He’d be happy with this. And behalf of Mum, Tori and me, we are so happy that you are all here too.

And thank you, Dad x. 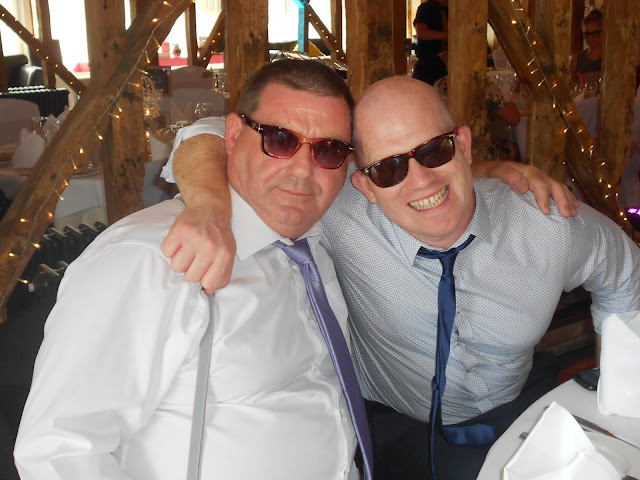